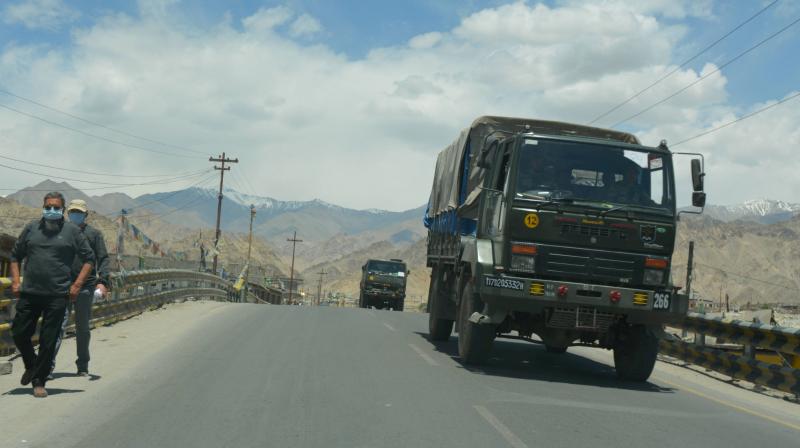 Prime Minister Narendra Modi is said to be furious over the damage to India’s position and the embarrassment it has caused him personally. PTI Photo

The fallout of the Chinese intrusion over the Line of Actual Control in Ladakh is beginning to be visible. Prime Minister Narendra Modi is said to be furious over the damage to India’s position and the embarrassment it has caused him personally.

The two he is most angry with are Chief of Defence Staff General Bipin Rawat, who was supposed to have advised the government on how to handle the military matter; and the Leh-based XIV Corps Commander Lt General Harinder Singh, who took his eyes off the ball while the Chinese were building up in Ladakh over the winter.

The PM is said to have given General Rawat a piece of his mind at a meeting of the Cabinet Committee on Security.

The killing of gangster Vikas Dubey stunned everyone including die-hard supporters of Uttar Pradesh chief minister Yogi Adityanath. But local politicians in Lucknow are not surprised.

According to them, by eliminating “Brahmin and Muslim goons”, a message has gone to the mafia to stay away from politics and resist the temptation of extending indirect support to Priyanka Gandhi who is determined to make the 2022 state Assembly poll a contest between her and Yogi Adityanath.

This sordid observation is a telling commentary of how criminalisation of politics has taken place in the country’s most populous state.

Lok Sabha Speaker Om Birla has penned a book listing the first year of his achievements. The book is being sent to one and all, from Donald Trump to Amitabh Bachchan, Ratan Tata and chief ministers of various states.

Special care is being taken that the book should reach prominent persons and local journalists in Birla’s constituency, Kota, Rajasthan.

Shehzad Poonawala is set to get an identity of his own. The former Maharashtra Congress unit secretary has reportedly secured BJP membership.

In 2017, Shehzad had challenged former Congress chief Rahul Gandhi to contest AICC chief’s post against him.

Since then, Shehzad has been parking himself on TV newschannels to badmouth Rahul and the Congress.

Last heard, Shehzad had wrangled a TV show on News X and India News. But TV industry-wallahs wonder over his credibility quotient: would he be interviewing senior party leaders or political foes?

Chouhan on back foot

Contrary to popular perception, the delay in portfolio allocation in Madhya Pradesh was not due to chief minister Shivraj Singh Chouhan’s tussle with Jyotiradiya Scindia. It seems Chouhan is struggling to accommodate his favourites among party colleagues as Scindia had assured creamy portfolios for his supporters.

Insiders claim Chouhan is not keen to let rival Narottam Mishra retain the home portfolio. Similarly, Gopal Bhargava, the leader of Opposition in the state Assembly during the Kamal Nath era, is not interested in the finance portfolio.

A finger in every pie

While the Covid pandemic has pushed several lakh people into joblessness, one person within the Congress finds himself busy than ever: social media in-charge Rohan Gupta.

Rohan Gupta was first made a part of the strategy group that meets everyday and includes Dr Manmohan Singh, Rahul Gandhi, P. Chidambaram and Jairam Ramesh, among others. He also sits on all other important meetings. He was part of the Congress Working Committee meetings.

Recently, Rohan was present at meetings held by Rahul Gandhi with Bihar leaders to discuss the state Assembly poll preparations.

The Lutyens bungalow occupied by the head of the Congress research team, M.V. Rajeev Gowda, faces Lodhi Garden in New Delhi and is walking distance from Khan Market. It is likely to now be allotted to Shiv Sena RS MP Priyanka Chaturvedi. Gowda, a former professor at IIM, Bengaluru, failed to get renominated by the Congress to the Upper House.