Opinion   Columnists  12 Sep 2020  Farrukh Dhondy | So, you're telling me there is no corruption in Vilayat?
Opinion, Columnists

Farrukh Dhondy | So, you're telling me there is no corruption in Vilayat? 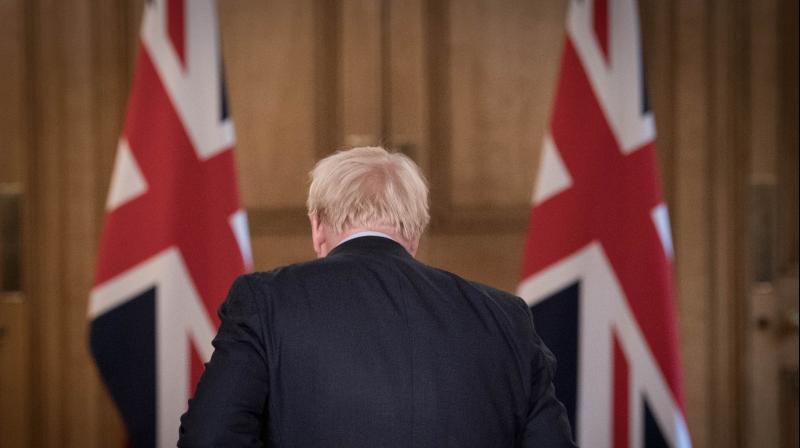 “Let the storms subside---
Most things come and go
Don’t let them take you for a ride.
They say this too shall pass
Just go with the flow
---- There’s still splendour in the grass….”
--       From Ganjeri Gaaney by Bachchoo

On visits to Mumbai, where I work as a consultant to MXPLAYER the brilliant and popular web-series platform of The Times of India (No advertising! I have warned you before! — Ed. Yaar Koochh tho income yahan-vahan sey nikalnay ki zaroorath… peyt ki pooja boss —. FD). Being addressed as “Farrukh Sir” by all and sundry, I am afforded cars and drivers to get about the city. I get chatting with them — the point being that while I was being driven by one of them, his mobile phone rang. He answered it as he drove when a roadside policeman flagged him down.

Some argy-bargy ensued between the driver and the cop and I witnessed a supposedly clandestine passing of some currency notes, after which we were waved on our way by the policeman. The incident occasioned a conversation.

“All standard prices,” he said in Hindustani.

He outlined the current rates of bribery for traffic constables — a hundred rupees for this offence and 300 for another, etc.

Then he asks me, “And Farrukh Saheb, what is it in London? Vahan kya deyney padtha — exampil, red light jumping sey?"

I had to tell him, to his utter astonishment that the British police didn’t take petty bribes in that way and if one attempted to bribe them they would charge you with the offence of attempting bribery to escape from a violation.

“So, you are telling me there is no corruption in Vilayat?”

“I didn’t say that. There’s no petty corruption. You can’t pay some government clerk to put your form at the top of a queue, or buy a driving licence or an exam paper. But there is a sort of legal corruption at the top of the system.”

“As in our government?”

I think I said I didn’t have any proof of that, but could certainly tell him stories about what I would label corruption, but the British system of taxation, governance, patronage and abject capitalist degeneracy doesn’t.

At the time, gentle reader, I didn’t strengthen my words with examples and anecdotes as we had reached Andheri East and, the offices. End of conversation.

Today it comes to mind again when it’s revealed that the British home minister, our own dear Priti “Clueless” Patel has stepped into an undesirable, foul-smelling pile of something once again.

The story is complex but, as in the Mahabharata, the moral is clear. The facts: A power-station building contract in Nigeria went bust. One of the parties in the deal was registered in the tax-dodging Virgin Islands as Process and Industrial Development (PID). This shady company had dealings through dodgy contractors, local politicians and the usual phalanx of international hedge funds, lobbyists and crooked lawyers.

So PID sued the Nigerian government and Priti “Clueless”, as a British MP, supported their claim. This week a British court ruled that PID’s claim against Nigeria is invalid and the judge, one Sir Ross Cranston, said that there was prima facie evidence of systematic bribery, corruption and perjury by Clueless’s friends PID. The judge suspended the award Clueless had called for and called for a full investigation.

That a British home secretary associates herself with a firm which has been declared crooked by a British court is serious. In any truly democratic country it would be a matter for investigation and resignation if not worse (jail?).

But, gentle reader, this is Britain — and Britain in the midst of the worldwide coronavirus crisis. This British government’s corruption has taken advantage of this crisis to hand literally billions of pounds of taxpayer money to their cronies.

Let me count the ways:

This government has used a crisis in public health to enrich their buddies. The Covid crisis called for preventive and protective measures against the virus. Rishi Sunak handed £186 million to a firm called Uniserve Limited, whose multi-millionaire owner is a speaker for the pro-Brexit lobby group called Prosperity UK (ha, ha, wait and see, perhaps it will change its name to Poverty UK next year?). And who shared speakers’ credits on this contract-winning platform? Why none other than Brexit minister Michael Gove and (wait for it!) Rishi “hedgy-but-dodgy” Sunak.

Of the 10 companies that Sunak and the health ministry, who were handed multimillion-pound contracts to provide personal protective equipment (PPE) such as masks and anti-infection clothing, five had absolutely no connection or experience in the field. But they had donated funds to the Tory Party or had directors who were relatives or associates of top Tories and so were awarded taxpayers’ millions. The figures now show that £2.6 billion were spent on 471 PPE contracts.

During the crisis the government told the public that one of the ways of containing the effects of the epidemic would be their “test and trace” mobile phone and Internet effort. The contract for that, again worth billions, was given to a Tory Baroness and wife of a Tory MP who wants to privatise Britain’s National Health Service. This lady, Baroness Dido Harding, is a failed businesswoman having headed several companies, among them mobile phone provider Talk Talk which went into heavy debt. Her qualifications for being given the contract? Bummery-chummery and corruption.

The test and trace system under her fails. Thousands die — that’s humans, not pounds sterling which Rishi Sunak is pushing her way.

The next time I am in Mumbai and someone strikes up, as is inevitable, a conversation about Indian corruption, I shall spill the beans about this government which has turned the mother of parliaments into the mother-something-ers of democracy!

You don’t get rich by working hard. You get rich by making others, maybe millions, work hard.