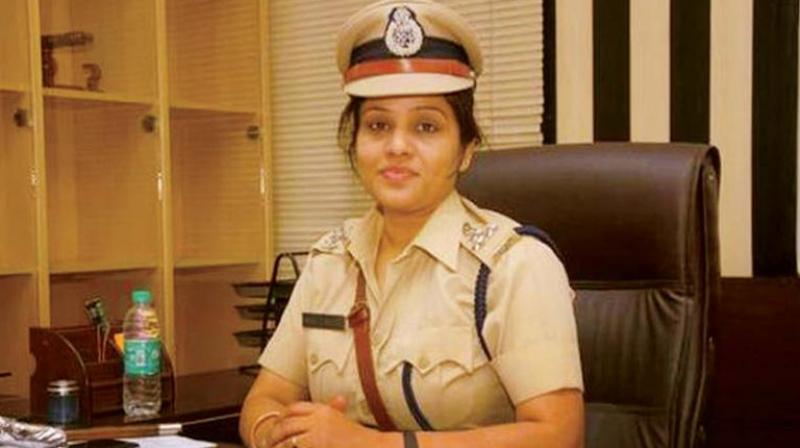 IPS officer D. Roopa, who was the first woman home secretary of Karnataka has been transferred as the managing director of Karnataka State Handicrafts Development Corporation amid her public spat with another IPS officer Hemant Nimbalkar, who, too, was transferred. Mr Nimbalkar was the additional commissioner (administration) in Bengaluru before being transferred to the internal security department.

Ms Roopa had written to state chief secretary T.M. Vijaya Bhaskar alleging that Mr Nimbalkar was trying to favour a private company in the Bengaluru Safe City Project and demanded a probe against Mr Nimbalkar, alleging, in turn, that while the Home Department has started an enquiry against her, it has hesitated to do the same against Mr Nimbalkar, even after months since the CBI sought sanction for his prosecution.

As the two trade charges, sources say that the government has started an inquiry in the matter. Expect more salvos in the days ahead!

Khemka digs in his heels

Now principal secretary in the state’s archaeological department, the indefatigable Mr Khemka continues to pursue the case which brought him into the national limelight. Last year, Mr Khemka had appealed to the Haryana State Information Commission under the Right to Information Act.

He had sought information relating to the inquiry commission that probed the grant of change of land use licences in Gurugram during the Congress government’s tenure, including the alleged role of Robert Vadra, son-in-law of Congress interim president Sonia Gandhi. He informed the information commission that the complete information sought had not been provided to him.

The commission has now issued notice to the office of chief secretary (political department) and the town and country planning department to give their response to the rejoinders filed by Mr Khemka. Sources say that the IAS officer has sought “penal action” under Section 20 of the RTI Act against those who failed to provide the information he had sought, claiming there is a “cover-up attempt”. This, too, is the letter of the law.

The government has taken serious note of several IAS officers of the Jammu and Kashmir cadre openly flouting instructions on the online filing of immovable property returns (IPRs). Non-compliance can lead to disciplinary proceedings and denial of vigilance clearance.

According to sources, online filing of IPRs was introduced in 2017. In terms of the extant rules, the babus have to necessarily file IPRs electronically as there is no provision for manual submission.

But much to the disappointment of the department of personnel and training (DoPT) and the general administration department (GAD), several IAS officers have not acted on the instructions issued repeatedly since 2017. Now, sources say, the commissioner secretary of GAD, Manoj Kumar Dwivedi, has issued a circular stating that failure to comply would “constitute good and sufficient reason for the institution of disciplinary proceedings”. The IAS officers have been advised to follow the instructions in letter and spirit or face the consequences. The government has clearly decided that it will not give further leeway to the defaulters.