Sanjeev Ahluwalia | A bottom-up view of the annual Budget

Despite the hoopla around the Union government’s Budget, for citizens, allocations in their state budgets matter more 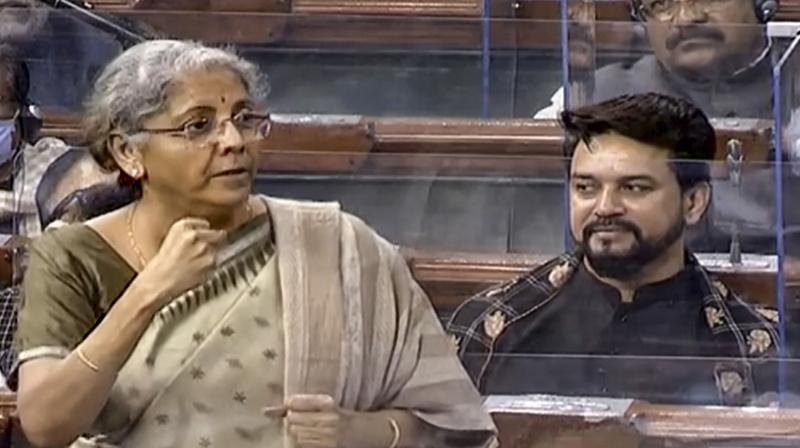 For citizens, at the receiving end of the pipe, what matters most is the efficiency and effectiveness of the last-mile expenditure management by the state governments. (Photo: PTI)

Despite the hoopla around the Union government’s Budget, for citizens, allocations in their state budgets matter more. Nearly two-thirds of total government expenditure is done by states and for capex, this proportion increases to 90 per cent (FY 2020-21 BE data).

Twenty-eight states and eight Union Territories share the enlarged pie at their level. No individual state matches the fiscal power of the Union finance minister’s signature releasing budget allocations. But for citizens, at the receiving end of the pipe, what matters most is the efficiency and effectiveness of the last-mile expenditure management by the state governments.

Living in a well-performing state matters and not just for employment. Progressive “states” bend with the breeze blowing from Delhi, to tap the flow of funds, their way. Telangana is a good example. More importantly, enjoying decent levels of basic public services — subsidised food, education, public health, drinking water electricity and public transport, direct income transfers to farmers, women, old age pensioners and support to the specially-abled, subsidised credit — depends crucially on the efficiency of the local administration.

The primary federal fiscal role of the Union is to collect tax and pass through a mandated share (41 per cent XV Finance Commission) to the states. The Union government, however, games how much it passes through. The mandatory sharing applies only to tax not cess (say on petroleum products). Increasing the cess on imported liquor, as done in the Budget, whilst lowering the duty rate, avoids sharing the extra revenue with states. This is in bad faith.

Voluntary adoption of the Goods and Services Tax (GST) in 2017 enhanced centralisation of fiscal power in the Union. The GST council collectively determines tax rates. But the Union has veto power. Happily, the benefits, despite the convoluted design (multiple rates) of the GST, far exceed the costs from dilution of state tax autonomy. The avoided cost of pancaked sales tax on goods sold across state borders and the ease of movement — most recently via e-tax invoices — will reduce tax leakage and fraud, boost tax revenues and benefit both the Union and the states.

Significant “tax gouging” potential, however, remains with states via punitive tax on the non-virtuous (excise duty on alcohol) and the well-off (exorbitant sales tax on petroleum products and registration fee on purchasing a personal motorized vehicle or property). Less developed states use this mechanism pervasively.  The share of “tax gouging” sources was just 46 per cent (2020-21 BE) in well-developed Maharashtra as compared to 63 per cent in Telangana and 57 per cent in Uttar Pradesh. Significantly, Maharashtra and Delhi — both high-income states — recently reduced the registration fee on property purchase, hoping to boost real estate transactions.

Less developed states rely heavily on tax receipts shared by the Union government, per the formula of the quinquennial finance commission, which compensates states with low tax potential to promote “balanced development”.

Irrespective of the state you live in, if your annual income is more than Rs 1 million you are in the top quintile (20 per cent). Be prepared to finance delivery of common use public services to the bottom 40 per cent for some time. Aspirers (40 per cent) in the middle do not pay income tax either. But they consume more and thereby pull their tax weight by paying GST, sales tax and excise and bear the impact of customs duties (indirect taxes). It rankles that honest taxpayers also subsidise fraud and tax evasion. Their rightful outrage was mellowed by the Union Budget retaining this year’s tax regime including the income tax relaxations and rationalised GST rates. But watch out for your state budget levies coming soon!

A “soft tax” regime rides majorly on the government’s ability to ramp up tax collections using big data analytics to make tax evaders and their in-government colluders accountable. It does not help when ideologically driven e-privacy paranoia results in data “privacy” being privileged over better tax collection!

The only upward bias in the Budget is in import taxes to protect domestic manufacturing under the Atma Nirbhar Bharat program, possibly to finance the new performance-linked financial incentives for 13 industrial sectors. The intent, as also behind the proposal to set up three new textile parks, is to encourage global entrepreneurs to set up manufacturing hubs in India and create good new jobs — on the template of China three decades ago.

The big push is on capital investment, financed by imported capital. Foreign investment in insurance is now liberalised, raising the limit from 49 per cent to 75 per cent. Private Banks (ICICI, HDFC and Axis Bank) already operate under majority foreign ownership. There are also plans for restarting privatisation after a lapse of 15 years creating new opportunities for inward financial flows.

The International Financial Centre at GIFT city got another round of special incentives to ramp up business. Asset reconstruction and management companies are proposed to deal with the swollen non-performing assets (13.5 per cent of assets per RBI), giving public sector banks a clean slate to restart lending. Less convincingly, a Development Finance Institution is to re-engage with long-term project finance to compensate for an absent corporate bond market. Fintech, meanwhile, awaits formalisation, through legislation, of the hitherto ambivalent regulatory regime for cryptocurrency.
The revised FY 2020-21 Budget is expansionary with government borrowing a “never before” net Rs 18.5 trillion (fiscal deficit 9.5 per cent of GDP). For the moment inflation is moderating as the RBI curtails excess liquidity and the economy heals steadily.

What follows next depends on the course of the pandemic. There is enough fiscal power in the FY 2021-22 Budget (fiscal deficit 6.8 per cent of GDP) for enhancing demand and facilitating growth. This comes at the expense of pandemic related relief measures, which are skimpy and will be missed by the bottom 40 per cent who are also the least able to deal with inflation and suffer most from the downturn in employment. In the meantime, fingers crossed.