Because people leave things so frequently in London black cabs, the methodology is very smoothly implemented 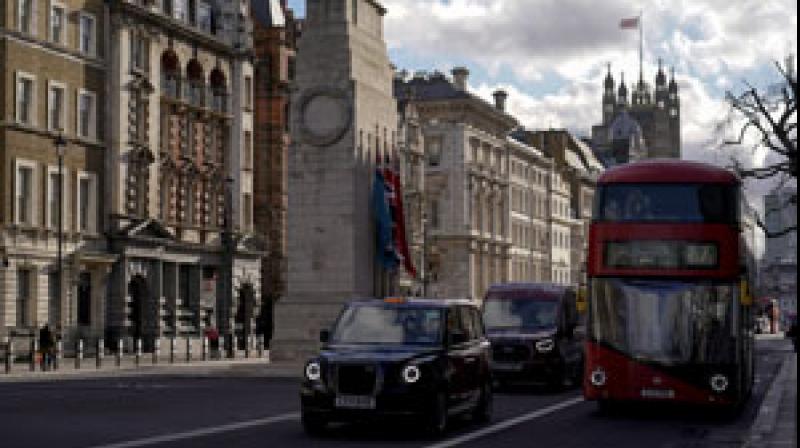 If the black cab driver had found it, said Meghnad confidently, he will definitely return it. (Representational Image/ AP)

How many of us have left our laptops and iPads in taxis or at airports or at random places and then hoped madly that they would miraculously be returned?

It is highly unlikely of course, but it did happen to us. While taking a taxi one day, Meghnad found he had come home without his precious iPad which has many books and ideas loaded onto it, none of which were saved anywhere.
So there was sorrow and consternation all around. But surprisingly, he was optimistic. This is because of the legendary honesty of the “Black Cab” driver in London. If the black cab driver had found it, said Meghnad confidently, he will definitely return it. However, when nothing happened for a few days — we had no choice than to head for an Apple store to buy a new iPad. As luck would have it, before we reached the store a message came from the driver — he had managed to track Meghnad down and sent his number with a note that he had left the iPad at Charing Cross police station and we should rush there to pick it up, otherwise it would go into the lost and found department somewhere else entirely.

Thrilled beyond belief, we headed for the station, and found the system of collection of lost property very orderly and neat. The officer on duty immediately found the iPad, neatly sealed in a plastic bag, and handed it over to Meghnad.

There is also a fixed system of rewards which the officer told us about — and we gave a small “reward” to the taxi driver who will receive it in the proper fashion. (You are not permitted to give large rewards through this system.) Because people leave things so frequently in London black cabs, the methodology is very smoothly implemented.

Having the books and ideas stored in the iPad back again, obviously means the world to any author. And so Meghnad wanted to express his gratitude to the cab driver in some other way as well. He has, therefore, invited the driver and his wife to the House of Lords for lunch! All is well that ends well!

Meanwhile, delivering the keynote address on the global summit for “Re-imagining Museums in India “ for the ministry of culture (Government of India) has had its benefits for me. The most important being that I felt I must go out now, post Covid, and see how museums are managing. While there are some wonderful exhibitions ongoing such as on Beatrix Potter and her works, I could not but help being drawn to the Van Gogh virtual museum or exhibition which has been winning accolades everywhere. Set in over 20,000 square feet — it has 360 views of the artist’s paintings — with virtual reality giving you a fabulous immersive experience. You feel the sky is raining sunflowers — and all the paintings miraculously seem alive. It is a fascinating exhibition and more so because it gives us an entirely different perspective of the artist’s works. Re-imagined museums should also have re-imagined exhibits. There is no point having digital displays if they do not add to the viewer experience…

…And the strangest thing happened to the police commissioner of the legendary Metropolitan Police Force. Having started this column with a positive story of how the police service can work, let me end it with a negative note. The head of the police force Dame Cressida Dick represented many things: she was a woman and she was gay. There was a lot of hope when she was appointed commissioner in 2017. It was thought that many aspects of the doughty Scotland Yard, once the pinnacle of professionalism, would improve. But unfortunately she resigned because she was accused of, strangely, not being able to rid of sexism, racism and homophobia within the police force — and especially at the Charing Cross police station about whom I have written such glowing words above.

The mayor of London, Sadiq Khan had left her with little option than to quit, when he put her on notice to change things around within weeks, which of course is impossible in such a large force.

The home secretary, Priti Patel, was none too pleased at the sudden departure of the top cop, but she had no choice.

And for many of us, it was a peculiar drama — because on the one side you had a mayor of Pakistani origin and and, on the other, a home secretary of Indian origin ultimately sacking a white British head of police. It is astonishing how the balance of power has shifted!

But it was also a sad moment, because if a woman cannot get rid of misogyny within a police force who can ultimately do so?

However, Dame Cressida has stayed on till she can conclude the ongoing “Partygate” investigation!

And yes, Boris Johnson, the Prime Minister, is still at Number 10 Downing Street, but has been handed a list of questions to answer by the Metropolitan police. And of course, if the Ukraine-Russia war breaks out — many say the PM may have got away again!