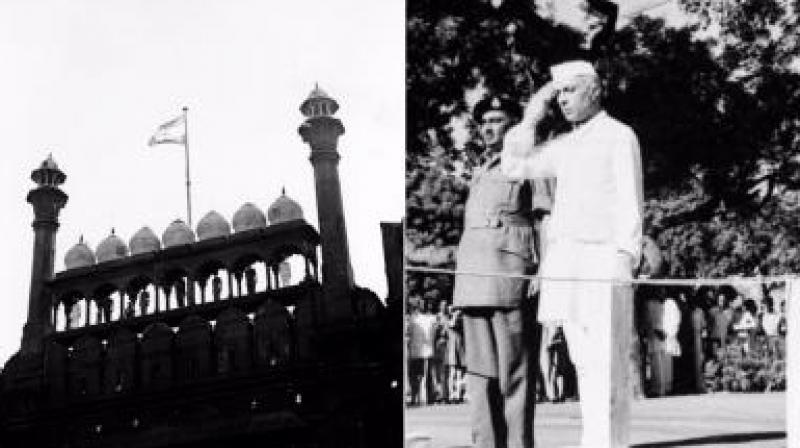 Instead of August 15, 1947, our Independence Day could well have been June 30, 1948. That was the hurried decision of Prime Minister Clement Atlee. Hurried, because acute nervousness descended on Westminster at the disturbing news from India. A mutiny had broken out in the Royal Indian Navy and it was spreading like wildfire. The pros and cons of this historic event are in Pramod Kapoor’s meticulously researched book 1946: The Last War of Independence, Royal Indian Navy Mutiny.

The Congress was so gripped by paranoia that its government in West Bengal, as late as 1965, tried every trick in the book to stop Utpal Dutt’s Kallol from being staged. Despite the Congress’ obstructions, the play was staged at Minerva theatre to record audiences.

One can understand the British empire’s desire to suppress the uprising. The puzzle is the Congress’ conspiracy of silence. A riveting part of the book is the conspiracy before the spark was ignited by the “privates” (non-commissioned personnel) and sailors. Who were the politicians involved? Where did the conspirators meet? How did they escape the British intelligence net comprising largely “loyal” Indians?

In his advance praise for the book, filmmaker Shyam Benegal introduces an episode about one Balai Dutt, “barely out of his teens”, among the mutiny’s leaders. Later, Dutt, a staunch Communist, rose to become an advertising executive in Lintas, which Benegal joined as a copywriter.

The book places something of a dampener on the romantic image many have nurtured of our national leaders — Gandhi, Nehru, Sardar Patel — as “fighters” against the British. All of them appear more sympathetic to the British than to the ratings who ignited a massive rebellion against discrimination and poor rations. It was a popular uprising against the British. Why was the Congress opposed to it?

What must have rung alarm bells in London and conservative Indians like Gandhi, Patel and Jinnah was the fact that the uprising’s leadership was with the Communist Party of India. Leaders like S.A. Dange, who later became the party’s secretary-general, were in the vanguard as were left-wing Congress leaders like Aruna Asaf Ali. Nehru’s dilemma was acute. He was anxious about the Congress’ leftists: what if they deserted the party, weakening him?

After extensive planning by the “plotters” (writes Kapoor), “the fuse was ignited on Monday, 18 February”. Kapoor extracts a quote from historian Sumit Sarkar’s Modern India: “The afternoon of 20 February saw remarkable scenes of fraternisation, with crowds bringing food for the striking ratings at the Gateway of India and shopkeepers inviting them to take whatever they needed.” And the Congress opposed this? The mutiny spread to 78 ships, 21 shore establishments and over 20,000 ratings. “In less than 48 hours, it crippled one of the most formidable navies of the Second World War. There were pitched battles. Hundreds were killed.”

It severely impacted the leadership of the Congress and Muslim League. Freedom, they seemed to think, would come as a reward for good behaviour, not by scaring the British — such as by sinking their armada.

The Hindustan Standard of February 28 had its front page cluttered with the reactions of Congress leaders. Gandhi’s reaction was a banner across five columns. Aruna Asaf Ali’s call — “I would rather unite Hindus and Muslims at the barricades, than on the constitutional front” — invited a rejoinder from Gandhi. Gandhi’s response: “The barricade life has to be followed by the Constitution.” According to Gandhi, Aruna “betrays want of foresight in disbelieving the British declarations and precipitating a quarrel in anticipation”.

The same page has Maulana Azad, then Congress president, arguing that “the national spirit must not be suppressed”. Sardar Patel, on the other hand, was worried about “the mass awakening being exploited” by others.

Who are the “others”? That is the crux of the matter.

That the Royal Indian Navy, the pride of the empire, was so vulnerable was disconcerting enough. What really set the cat among the pigeons in Westminster was the rapid gains being made by the Communists both in India and across the world.

Although the Telangana uprising occupied newspaper headlines only in July 1946, intelligence reports on the massive underground network was available to the British much earlier. Beyond India, Mao’s revolution was in its final stages when the mutiny erupted in the Navy.

In the 1940s-50s, as colonialism was receding, imperialism was being challenged by the Communist expansion in Korea, particularly after the Chinese crossed the Yalu river in 1950. In 1957, the first Communist government through the ballot box was installed in Kerala. Then came the Communist governments in West Bengal and Tripura. These events happened much later, but the imperial establishment had sensed that the wind was blowing in one direction. As soon as the mutiny expanded, Clement Atlee’s government in London dispatched the Cabinet Mission, replaced Lord Wavell as Viceroy by Lord Mountbatten, and set June 30, 1948, as the final date for Independence.

Lord Mountbatten swiftly brought the date forward to August 15, 1947. He was quick to grasp the message from London: hand over power to the leaders the British had cultivated, the leaders who were “people like us”. Considering the Leftist wave sweeping the world since the 1917 Bolshevik Revolution, there was every danger of the ground being cut from under feet of the “moderate” politicians in India with whom the British Raj had struck a rapport.