China has chosen the moment well, with the world distracted by the Covid-19 pandemic, the US presidential election and an economic slowdown 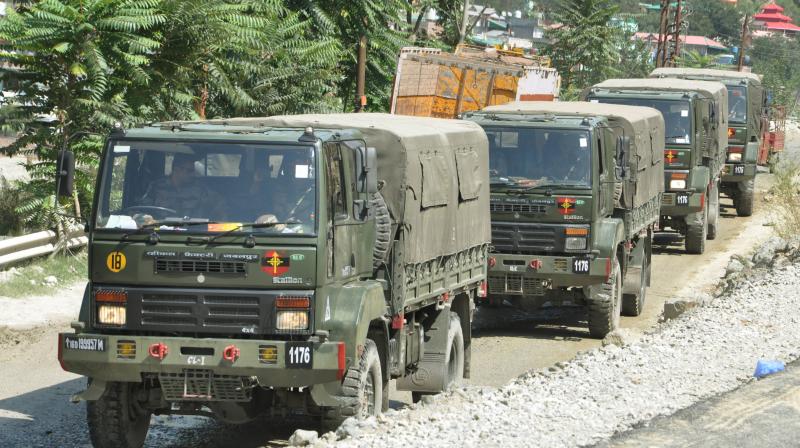 The Ladakh imbroglio has been a complex interplay between military jostling at the Line of Actual Control and talks at the official, military and political levels. The Galwan setback was followed by a military-to-military understanding on the PLA’s pullback.

Video conferences followed between external affairs minister S. Jaishankar and national security adviser Ajit Doval with Wang Yi, who doubles up as China’s foreign minister and state councillor. However, till August’s end, the Chinese were unwilling to fully restore the status quo.

In fact, they consolidated their hold on the northern bank of Pangong Tso and other areas like Depsang Plains, threatening India’s access to Daulat Beg Oldie and the Karakoram Pass.

Below them lies Spanggur Gap, between two lakes, through which Chinese troops attacked in 1962. India’s positions were then overrun as they were at lower heights.

Mukhpari, now held, and to its northwest Black Top, perhaps contested, dominate the entire region from south of Pangong Tso to Spanggur Tso lake and beyond, overlooking Chinese roads and military installations.

This just preceded the meeting of the Indian and Chinese defence ministers on the sidelines of a Shanghai Cooperation Organisation meeting.

China’s rhetoric changed instantly, with allegations of India breaching agreements and the LAC, aping Indian allegations earlier. India was clear its forward push was pre-emptive and only up to Indian claim lines and understanding of the LAC.

India was merely following the playbook the Chinese used since April. After the Galwan betrayal, the rules of engagement were also changed with local commanders empowered to use all means at their disposal to protect their troops and defend Indian posts and territory. With three of five agreements -- those signed in 1993, 1996 and 2013 -- breached by China, India also set them aside.

It was against this background that Jaishankar arrived in Moscow for an on-the-sidelines meeting with his Chinese counterpart. Most analysts were sceptical about a positive outcome as there was no consensus about Chinese motives. Was Chinese ire persisting over the constitutional and territorial changes made by the Indian government in Jammu and Kashmir in August 2019, which China strongly condemned?

Or was China paranoid over the India-US strategic convergence, symbolised by excessive bonhomie between Narendra Modi and Donald Trump at the “Howdy Modi” and “NamasteTrump” extravaganzas? Finally, was it India’s rejection of China’s Belt and Road Initiative or the perceived Indian sabotage of the Regional Comprehensive Economic Partnership?

Alternatively, was the provocation more local over India’s upgraded infrastructure, or misreading of jingoism of Union ministers threatening to seize Pakistan- and China-occupied Kashmir, or perceived threat to Chinese investments in the China-Pakistan Economic Corridor?

However, there is no doubt over one overweening purpose, rekindled by President Xi, to create a China-dominated, Sino-centric Asian regional order. Cutting India, its only possible strategic rival, down to size has been a Chinese preoccupation since 1962.

China has chosen the moment well, with the world distracted by the Covid-19 pandemic, the US presidential election and a global economic slowdown.

Chinese assertiveness over territorial claims and international affairs manifested after the 2008 financial crisis. It was sharpened as Xi took the presidency in 2013.

Instead of moderating its behaviour and recognising China’s constructive liability for the pandemic, China has shamelessly and aggressively pursued narrow national interests. But globally China is facing headwinds as even Europe is beginning to see demerits of engaging China blindly.
Whoever wins in America or succeeds Japanese PM Shinzo Abe, the decoupling from China will continue. Xi faces a major Communist Party plenary in October, where he wants his choice of the next Prime Minister endorsed.

China’s economy may have revived fast, but the developed world and larger markets are circling their wagons. Australia, India and Japan are discussing a “supply chain resilience initiative”, while Japan is subsidising Japanese companies wishing to shift businesses out of China.

Jaishankar and Wang produced a five-point joint statement which recalled the “consensus” reached by Modi and Xi, reiterated the need to reduce tensions and abide by agreements and suggested the resumption of dialogue at the civil, military and political levels.

The only new element was a recognition that after the situation eases, new confidence-building measures are needed, allowing both sides to address strategic and local concerns. But the relief was shortlived as the individual statements by both sides seemed to undercut the feelgood joint statement.

China asserted its “stern” position said India must stop “provocations” like firing and recall all personnel and equipment that had trespassed, to enable an enhanced dialogue.

It claimed Jaishankar accepted Chinese policy towards India had not changed and bilateral relations did not depend on “settlement of the boundary question”. India naturally contested China’s claims, insisting that Jaishankar had forcefully sought restoration of the status quo.

What does this dissonance between an agreed statement and separate claims mean? Both sides may be posturing for home audiences, while agreeing in private to slowly restore normality.

It could also mean Chinese unwillingness to exchange its cross-LAC territorial gains for India’s vacating the heights south of Pangong Tso.

The next few weeks will show whether de-escalation will start or jostling for tactical gains and capture of vantage points, in a barren terrain littered with ridges, continue.

If the latter, the possibility lingers of armed local action spiralling into the use of heavy arms or even air power.