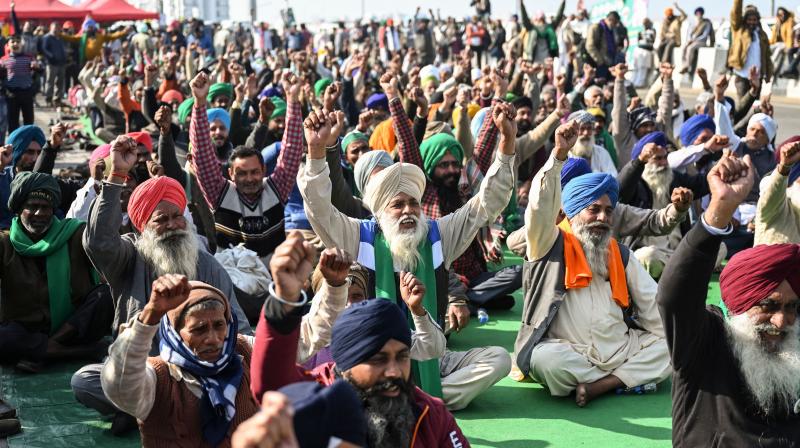 The State sees protest — and fundamental rights in general — as a nuisance which must exist on paper but not exercised in defiance of the State (Representational photo/AFP).

India’s Supreme Court has generously allowed citizens the right to protest “in designated areas”. It said this in its judgment and criticism of the Shaheen Bagh sit-in against the Citizenship Amendment Act and the National Register of Citizens. Its observation was that “dissent and democracy go hand in hand, but protests must be (held) in designated areas. What started out as a protest caused inconvenience to commuters. This is what was witnessed in Shaheen Bagh.”

Many readers may not know what a “designated area” means. I didn’t know myself till I worked for a civil society organisation only a few years ago. It means some part of the city that is marked off for protest, such as Delhi’s Jantar Mantar and Bengaluru’s Freedom Park. People can gather there for a specified period and then disperse. To access these areas, though, the citizen must apply for permission to the police and to the government. Readers will have seen in Europe and the United States, small groups of people spontaneously picket workplaces and corporate offices, holding up placards and chanting slogans. This is illegal in India.

Article 19 reads: “All citizens shall have the right to assemble peacefully and without arms.” The Constitution says that peaceful assembly is a fundamental right. A fundamental right is defined as something enjoying a high degree of protection from encroachment by the State.

We don’t have any such right. We have the fundamental right to apply to the police to gather in a designated area. The police has the right to approve, reject or not respond to us. This last option is exercised often — I can testify to this on the basis of personal experience. It is possible that our Supreme Court judges don’t know any of this. It is unlikely they have participated in a protest or have had cause to participate.

As an aside, it will interest readers to know that our judiciary has also apparently edited Article 21, which guarantees life and liberty to citizens, by ignoring and endlessly deferring the pleas of Kashmiris under habeas corpus. Only a few days ago, the BBC exposed how J&K’s lieutenant-governor said Mirwaiz Omar Farooq was not detained, but it was proven that he was. Kashmiris of course have no right to protest.

In the rest of India, designated area protests are preferred by the State because they can be safely ignored. Jantar Mantar — visit it sometime if you haven’t, it’s in the heart of Delhi — has dozens of installed protest sites, some of which have been there for years. Nobody cares what they are protesting about; the State certainly doesn’t.

The State sees protest — and fundamental rights in general — as a nuisance which must exist on paper but not exercised in defiance of the State. The most peaceful, Gandhian manner of protest won't be tolerated in India. There is nothing more noble than the human being taking what Gandhi did in only token fashion — starve — till the end. A woman in Manipur chose to do that for justice and the State chained and force-fed her through a nasal pipe for 10 years rather than allow her the right to do what the British allowed Gandhi. Irom Sharmila isn’t a heroine in this country, let alone a recipient of the Bharat Ratna, as would have been the case in a more civilised nation. She is an enemy of the State.

What the Supreme Court has observed or ordered (it’s not quite clear which of the two it is) in the matter of Shaheen Bagh doesn’t apply to political parties and more organised forces like farmers’ unions and caste groups. They can and will continue to protest outside designated areas, calling for and enforcing bandhs and hartals, rail rokos, chakka jams and the rest. The State lacks the capacity to prevent this, so it looks away. The Supreme Court also looks away.

What the lordships want is that small groups of women not show their defiance as it offends their sensibilities and their concern for the rule of law in this nation.

But it is this defiance that is the heart of protest. A protest happens because the State doesn't follow its own laws. A protest is an objection and a complaint. It exists because it is otherwise unheard. In the designated areas, it will remain unheard. If the Supreme Court kicks the can down the road on habeas corpus, if the home minister announces his intention of locking up millions and denying them citizenship rights, if the State reverses the burden of proof on this and demands we provide the evidence to its satisfaction, then it’s naive to assume protests will not happen. If they do happen, that they will happen in a designated area.

A protest is not effective in our part of the world if there is no friction. It must necessarily irritate the State. The State has no obligation to deliver the demands of the protesters otherwise, and the judiciary’s record of siding with citizens against the State’s encroachment and abuse is quite poor.

Shaheen Bagh is seen very differently around the world as for many it is inspirational that a group of marginalised women chose to defy the State. They are admired for it and for their effectiveness, and the women know it. It was precisely because Shaheen Bagh’s women were effective that the court wanted to send down its judgment on this particular protest.

Such defiance is not going to end because of the court's irritation. After yet another rape and murder by the armed forces, Manipur’s women stripped naked and presented themselves for rape before the Army's gates in 2004. One would like to know what they think about the court's order that they only protest “in a designated area”.