Sunanda K. Datta-Ray | As King, will Charles III stay true to his instincts?

As Defender of the Faith, the King is Supreme Governor of the Anglican Church of England, Britain’s official religion 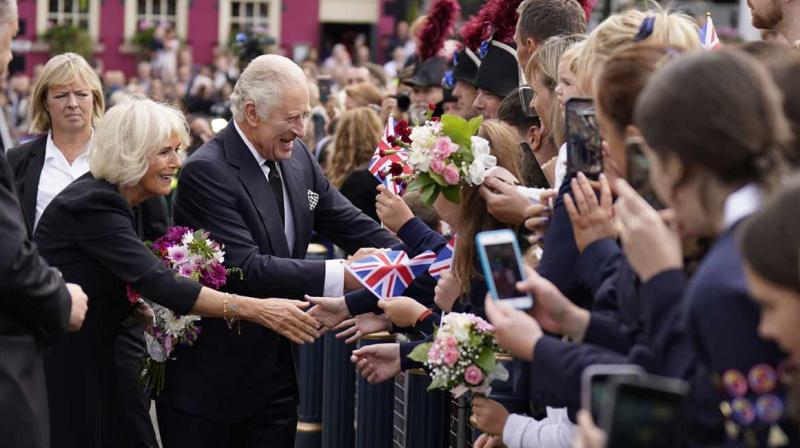 Significantly, the accession of Britain’s King Charles III has not prompted recollections of ex-King Farouk of Egypt’s prediction that only five monarchs -- four in the pack of cards and one in London -- would survive. One reason could be that the British recognise that the monarchy, which their new Prime Minister Liz Truss had vowed to abolish when she was a young firebrand, is safe in the hands of a pragmatist like Charles. Under his alleged idiosyncrasies, the new King is endowed with common sense and historical understanding.

Take the controversy over one of his titles “Defender of the Faith”, or Fidei Defensor. His 1994 comment, “I personally would rather see [my future role] as Defender of Faith, not the Faith”, indicated an awareness of the folly of religious majoritarianism. His later clarification that “while at the same time being Defender of the Faith, you can also be protector of faiths”, demonstrated a nice sense of balance and the sagacity needed to preside over a harmonious multi-religious society.

As Defender of the Faith, the King is Supreme Governor of the Anglican Church of England, Britain’s official religion. Charles sought to combine that role with the defence of other creeds -- Judaism, Islam, Hinduism, Buddhism -- that also flourish in Britain. I was once invited to dinner at the relatively new Oxford Centre of Islamic Studies which enjoys a Royal Charter from Queen Elizabeth II while Charles is the patron.

One would like to think that his 10 visits to India have awakened him to the dangers of majoritarianism bordering on bigotry. Actually, the Indian connection goes way back to Gordonstoun school in Scotland, where Shomie Das, later principal of The Lawrence School Sanawar, Mayo College and Doon School, was his tutor and physics master.

Bigotry apart, as a historical purist, Charles must find the Fidei Defensor title somewhat duplicitous. A Pope had granted it in 1521 to his remote ancestor, Henry VIII, him of the six wives, for publishing a ringing defence of Roman Catholicism and papal absolutism (“Assertio Septem Sacramentorum”, or Defence of the Seven Sacraments), which roundly denounced the Protestant Reformation. That was when Henry expected papal annulment of his marriage to Catherine of Aragon, so that he could marry Ann Boleyn. When the Pope refused, Henry broke with Rome whereupon -- tit for tat! -- the Pope revoked the title and excommunicated him. As a consolation prize, England’s tame Parliament conferred the same title on him, making Henry Defender of the Faith, but of Protestantism instead of Catholicism! So, why not Defender of all Faiths, as Charles had proposed?

Imagination and originality have not always made him popular. Invited to address the Royal Institute for British Architects in 1984, Charles attacked a proposed extension to the National Gallery as a “monstrous carbuncle on the face of a much-loved and elegant friend”. His “black spider” memos to government ministers were resented as high-level political lobbying. Although recently accused of accepting nearly £3 million in cash donation for his charities from Qatar’s royal family, Charles was earlier blamed for scuppering a £3 billion Qatari redevelopment scheme in Chelsea: apparently, he “pissed in [the Emir’s] ear about how awful the scheme was”; over tea at Clarence House, prompting the project’s cancellation.

However, his comments on sustainable markets, climate change and social finance have often been prescient. Reportedly, he has a strong interest in yoga and ayurveda. While his decision to give up his organic farm was regretted, there was praise for his suggestion of post-Brexit agrarian cooperatives. “There are small farms the world over which could come together in a global cooperative committed to producing food based on high environmental standards”, he wrote in the Guardian.

The row over the Defender of the Faith or Faiths title confirmed his inclusive thinking. “Wherever you may live in the United Kingdom, or in the realms and territories across the world, and whatever may be your background or beliefs, I shall endeavour to serve you with loyalty, respect and love, as I have throughout my life”, he promised in his first address as King.

If India’s spontaneously vigorous religious variety impressed Charles, so did the industry of poor Indians. Indeed, he must be the only VIP, domestic or foreign, to be intrigued by the clockwork punctuality of Mumbai’s humble dabbawalas: not only did he invite some of them to his 2005 wedding to Camila Parker-Bowles but it must also have been at his instigation that Queen Elizabeth II asked some of them to breakfast at Windsor Castle. They made a strong enough impression for her to enquire after them when the terrorists had attacked Mumbai in 2008.

But a King with no substantive powers who will constantly be compared with Britain’s longest-reigning monarch needs more than good sense and human feeling. King Charles III may have to mind his Ps and Qs. Queen

Elizabeth II grew into the job which she inherited when she was only 25 and became a towering presence on the world stage for 70 years. By the time of her passing four years short of a century, her’s was, to quote her son, “a life well lived; a promise with destiny kept and she is mourned most deeply in her passing”. A happy marriage provided a sturdy prop for the Queen’s successful personal and professional lives.

One of the first public indications of her son’s troubled first marriage was Princess Diana’s decision to be photographed sitting wistfully alone on a bench outside the Taj Mahal in February 1992. Her former husband’s visits were usually more vivacious. He celebrated his 71st birthday in India. Actress Padmini Kolhapure gave him a peck on his cheek in 1980 when he visited a Bollywood studio as a 32-year-old bachelor. That first visit was also when Doordarshan’s Mira Mozoomdar asked me to interview the Prince, as he then was. Charles readily agreed. I had attended and written about his investiture as the Prince of Wales -- a title he has lost no time in transferring to his eldest son and heir, William – at Caernarfon Castle in 1969, and still have the chair I sat on at the ceremony. But the royal court officials surrounding him just would not allow any deviation from the programme they had finalised.

One hopes the bureaucracy will not be as dominant throughout his reign. The promise of “lifelong service” that King Charles III has renewed demands some freedom from stifling rules and regulations.