Opinion   Columnists  13 Nov 2021  Anita Katyal | Venugopal’s star rises in Congress, but the knives are out for Kanhaiya Kumar
Opinion, Columnists

Anita Katyal | Venugopal’s star rises in Congress, but the knives are out for Kanhaiya Kumar 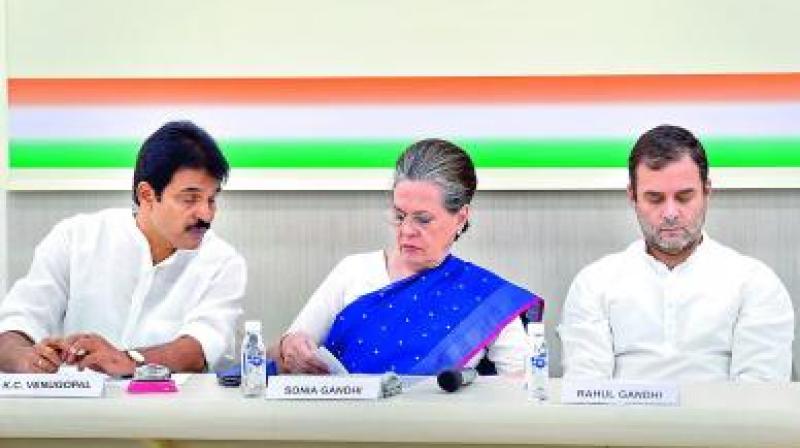 There is some talk that Mr Venugopal is being groomed to take of the role of Ahmed Patel, Sonia Gandhi’s political secretary. (PTI)

Will the gods at Uttarakhand’s famous Kedarnath Temple bless the Bharatiya Janata Party? Prime Minister Narendra Modi’s recent visit to the shrine where he offered prayers was aimed at precisely that: getting the blessings of Lord Shiva for next year’s Assembly polls. However, the arrival of a large contingent of television cameras at the temple and the manner in which they filmed Mr Modi inside the sanctum sanctorum did not go down well with a purohit there. He minced no words in castigating the BJP and the Prime Minister for converting this visit into a political event and for destroying the sanctity of the temple by allowing the cameras to film what is supposed to be a private moment between a devotee and his god. A few days earlier, former Uttarakhand chief minister Trivendra Singh Rawat was not allowed to enter the shrine by the priests who are upset at the state government’s move to take control of the Char Dham shrines, including the Kedarnath Temple.

Ever since Uttar Pradesh chief minister Yogi Adityanath moved the political resolution at the recent national executive meeting of the Bharatiya Janata Party, everyone is talking about how the saffron-clad Yogi had moved into the party’s big league. However, the chief minister’s camp followers are not convinced with this explanation. According to BJP insiders, party president J.P. Nadda rang up Yogi on Saturday night and asked him to be present at the national executive meeting. The next day though other chief ministers joined in virtually. Shortly before the meeting got underway, Yogi was told the party had decided he should move the political resolution, presenting him with a fait accompli. The resolution itself dwelt at length on praising Prime Minister Narendra Modi, crediting him with the party’s achievements both at the national and state levels. This has forced Yogi, who had been functioning autonomously, to acknowledge Mr Modi’s supremacy, ensuring he plays second fiddle to the Prime Minister in the campaign for the coming Assembly polls.

The Bihar unit of the Congress is in turmoil following the humiliating defeat of the party’s candidates in two by-elections in the state. While there is the usual clamour for the overhaul of the state unit, knives are out for former Jawaharlal Nehru University president Kanhaiya Kumar, who was recently inducted into the Congress with great fanfare. Known to be Rahul Gandhi’s personal choice, Mr Kumar had campaigned extensively in the Tarapur Assembly constituency where the Congress polled a meagre 3,000 votes. Local Congress leaders are miffed that while they got little help by way of funds from the party, there was no holding back for Mr Kumar who moved around in a large cavalcade of vehicles during his campaign. They maintained that though he was billed as a star campaigner by the party’s central leadership, Mr Kumar has yet to evolve into a national politician and that he approached an Assembly poll like a students’ union election. Being a Bhumihar, Mr Kumar had specially focused on members of this caste but to little avail.

K.C. Venugopal, Congress general secretary (organisation), is the current flavour of the season. Unlike other party functionaries who are known to be close to one member of the Gandhi family, Mr Venugopal has the distinction of being favoured by all three: party president Sonia Gandhi and her children Rahul and Priyanka. In fact, Mr Venugopal has become so powerful that most general secretaries in charge of states have become virtually redundant. When state leaders have an appointment with any of the Gandhis, it is Mr Venugopal and not the general secretary in charge who arranges the meeting and even sits through the discussions. There is some talk that Mr Venugopal is being groomed to take of the role of Ahmed Patel, Sonia Gandhi’s political secretary. However, the general consensus is that Mr Venugopal is not in the same league as Patel who served as an effective bridge between the leader and the cadre.

It appears the Bharatiya Janata Party is working to a plan in poll-bound Punjab. Faced with the wrath of the protesting farmers, the BJP is on a weak wicket in the state where it does not have a strong presence. Its aim now is to make sure that the Congress is denied a shot at power once again. While a formal alliance with former Punjab chief minister Amarinder Singh’s new party is not on the cards so far, it is clear the BJP is keen the Captain wins a reasonable number of seats in next year’s Assembly polls. It is learned that the team that is handling the BJP’s publicity and communication is also doing the same for Amarinder Singh. The BJP is banking on the results throwing up a hung Assembly after which it will swing into action. One option is to broker a deal between the Akali Dal and Amarinder Singh’s new outfit and then ensure its survival by lending it outside support. And if nothing else works out, President’s rule is always an option, which again works to the BJP’s advantage.