Afghanistan in transition: Will history repeat itself?

The growing role of China and Russia will help stakeholders move beyond the sour legacy of US involvement in peace talks. 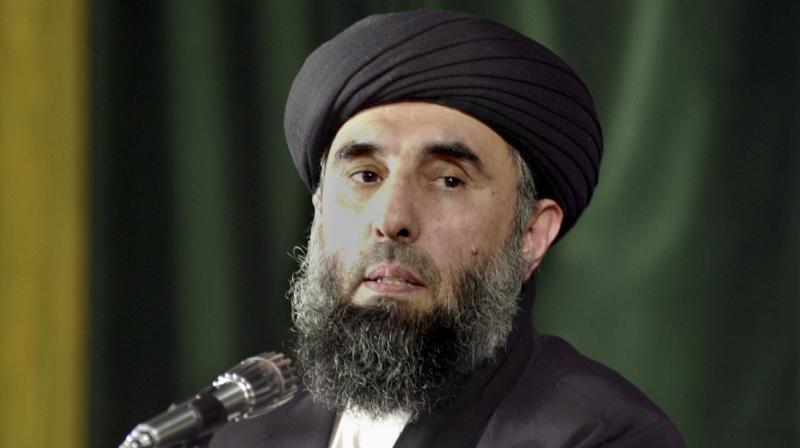 Karachi: It is easy to think history is repeating itself in Afghanistan: the Russians are exerting their influence, Gulbuddin Hekmatyar is back in Kabul, the Afghan Taliban are gaining in strength. But history repeats itself as farce, and there is nothing comedic about the mounting challenges in Afghanistan.

Despite the semblance of repetition, the situation is evolving rapidly, driven by new dynamics and motivations. For Pakistan, this represents a major challenge but also an opportunity for a foreign policy rethink.

The growing interest of regional actors such as China, Russia and Iran in addressing Afghanistan’s conflict, alongside the Trump administration’s lack of a clear Afghan strategy, is a key driver. China in recent years has been more hands-on as it seeks both to promote its regional economic interests and to prevent the spillover of Uighur militancy.

Russia’s rapid return to the Afghan context was little anticipated, but may yet end the status quo. Moscow’s involvement is driven by a broader strategy to assert its influence in West Asia and Central Asia and limit US power and presence at its back door. It also seeks to check the Afghan drug trade and the rise of the militant Islamic State group, which could subsequently spread to Central Asia. Russia supports political reconciliation between the Kabul and Taliban, and its interest in being a key power broker is evident in the trilateral talks held in December and the upcoming six-nation talks, the first opportunity for Pakistan and India to be at the same table for discussions on Afghanistan.

The growing role of China and Russia will help stakeholders move beyond the sour legacy of US involvement in peace talks. The actors taking centrestage are united by a common cause — to prevent IS from establishing a foothold in the region. They are also, with the exception of India, in favour of political reconciliation. Moreover, the web of regional ties means that the strength of certain alliances can help offset the acrimony of other bilateral relationships: China can facilitate cooperation between Islamabad and Kabul; Russia can initiate discussions between Islamabad and New Delhi.

In some ways, Pakistan is well positioned to take advantage of the emerging dynamics. Its ties with China are arguably the strongest they have ever been, on the verge of being cemented (literally) through CPEC projects. Pakistan has also deftly handled Russian attempts to dehyphenate its South Asian relationships, and has welcomed Russian investment in the North-South LNG pipeline, defence trade deals, and growing security cooperation.

In other ways, Pakistan has failed to keep pace with the evolving dynamics. There was something depressingly familiar about the testimony last week of Gen. John Nicholson, commander of US forces in Afghanistan, before a US Armed Services Committee hearing. Nicholson reiterated that Pakistan is the source of the US stalemate in Afghanistan owing to its continued support for the Afghan Taliban and Haqqani Network; he argued that the insurgents would have no incentive to engage in dialogue as long as they enjoyed sanctuaries in Pakistan.

While Russia and China currently view Pakistan as integral to a reconciliation process, there is danger that they too may reframe their view of our country as a spoiler if our approach does not evolve. Moscow, for example, seeks engagement with the Taliban, but does not perceive the Haqqanis as reconcilable. Without adopting a more nuanced and agile foreign policy in Afghanistan, Pakistan risks losing out on the opportunities created by the changing regional dynamics.

This is particularly true in regard to Pak-Afghan ties. The national unity government is in flux, with the sidelining of Dostum, the return of Hekmatyar, and the integration of Atta. These changes do not necessarily point to a return to the north-south divide along ethnic lines (for example, Hekmatyar has sway with Abdullah and in northern Afghanistan, and his reentry to Afghan politics could herald new Pakhtun vs Pakhtun divides). At a bare minimum, all Afghan political stakeholders recognise the importance of keeping the government intact to ensure continued donor assistance. Pakistan will thus have to engage across this political spectrum, and cannot rely on a strategy that is bound by ethnic parameters and seeks leverage over one representative group in Kabul to defend its interests.

To start, Pakistan can improve its soft power in Afghanistan, which has eroded as a result of a cynical, establishment-led policy. The civilian government must play a greater role in generating goodwill for Pakistan among a new generation of Afghans. Last week’s announcement of 3,000 government scholarships for Afghan students was a step in the right direction. A rethink of the Afghan refugee repatriation initiative is also needed. With a more holistic strategy in place, Pakistan can both spur and benefit from nascent prospects for Afghan stability.