North Korea has given no hint of what it really wants if it is to give up its nuclear weapons. 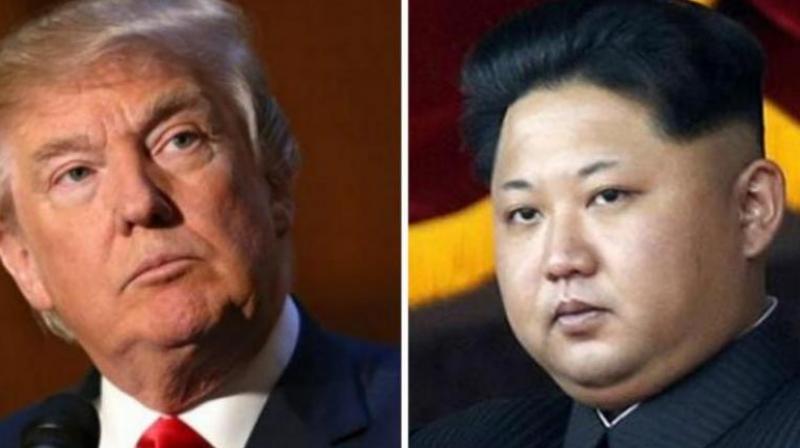 With such slender leads to go on, improvisation is the name of the game. Here one can detect a measure of nervousness. Will Mr Trump resist the temptation to throw the problem back into Mr Kim’s lap?

There is an element of unreality about the coming summit meeting between America’s President Donald Trump and North Korea’s dictator Kim Jong-un. The unpredictable and combative supreme leader in Pyongyang, labelled by America’s feisty ruler as the “Little Rocket Man”, first gave unusual attention to Moon Jae-in, after sending his athletes to compete in the North-South joint team in the Winter Olympics, unusually making a fuss of his southern counterpart.

Then he sprang a surprise invitation to Mr Trump to meet him after calling him names, amply reciprocated by the other party. And Mr Trump said yes on the basis of his promise not to go for tests in the meantime.

Nobody believes in this kind of happy ending.

Rather, those burning the midnight oil are calculating how the increased sanctions are hurting badly, with the Chinese having to make moves to tell the United States that it is doing something for the common cause.

North Korea has given no hint of what it really wants if it is to give up its nuclear weapons. We are still far from finding a credible way forward to the talks. The US state department has already been asked to prepare for the historic summit meeting. As one would expect, Mr Trump is exuding self-confidence. If it actually takes place, it would possibly be the weirdest summit in living memory.

There are many ways that the talks can go wrong. There is no accepted definition of giving up the nuclear option, therefore Mr Kim can well create his own definition. Essentially, it is uncharted territory. If the pressure of sanctions did indeed force Mr Kim to the table, one should not underplay Mr Kim’s ability to let the talks drag on.

Summit meetings usually require months of preparation, and the US state department’s pointsman for the region is missing. Mr Trump believes in playing it by the ear, which carries its own risks. Presumably, however, expert advice would be available.

The world has come to such a pass thanks to the merry-go-round of democratic politics. Supporters of Mr Trump will tell anyone willing to listen that behind his showmanship is a shrewd mind. Often, Mr Trump’s brand of humour does beg the question, as with his theme of fake news.

Unlike in the parliamentary system, the executive presidency concentrates power and gives the American institution its majesty and sweep. But the penalties of serious misdemeanours are steep, as we know from history. From all accounts. Mr Trump is relishing his moment in history.

The difficulty confronting the two sides arises from the format of the talks. It is not even clear how they will begin. Will the two sides agree to a format? There is also the all-important question of cheating. After all, North Korea has built up its pile of nuclear weapons by cheating.

The central question posed by North Korea is simple. Has it really decided to give up its nuclear pile? The answer is still far from clear. The Chinese are acting cautiously — for while Beijing wants North Korea to give up its nuclear weapons, it does not at the same time want the whole Korean peninsula to come under American influence. Essentially, a divided Korea is unfinished business lingering from the immediate post-World War II period. China too wants a divided Korea even as the dwindling population of those hoping to be reunited with their families keeps waiting. There is a constituency for a reunited Korea, but geopolitically the prospects look bleak. It is not yet clear how far Mr Trump will go in chasing his own dream of becoming a peacemaker. He will have to climb a mountain to reach anywhere near his goal.

At one level, South Korea is sitting pretty with its successful industrialisation. While it faces many problems, South Korea’s capacity to resolve them is also impressive.

To return to the nuclear question, no except for a few close advisers know what is in Mr Kim’s mind, and how much he may be willing to offer. The very act of negotiating with Mr Kim could prove to be an adventure.

One assumes, however, that Mr Kim will tackle the nuclear issue with the seriousness it deserves. If Mr Kim is serious about pulling out his nuclear weapons, there has to be a timetable. Mr Kim may well suggest his order of priorities.

With such slender leads to go on, improvisation is the name of the game. Here one can detect a measure of nervousness. Will Mr Trump resist the temptation to throw the problem back into Mr Kim’s lap?