Opinion   Columnists  14 Mar 2019  Algeria govt has a lot to answer for
Opinion, Columnists

Algeria govt has a lot to answer for

A long civil war followed, a devastating contest for ascendancy between Islamist insurgents and the state in which civilians paid the highest price. 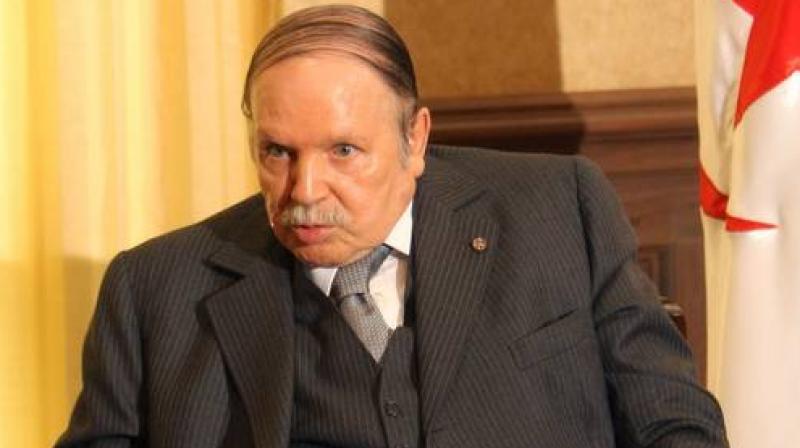 It is rare, but not unknown, for deceased candidates to be elected to public office. It is somewhat less uncommon for moribund time-servers to be reinstalled in, or elevated to, positions of power in what are clearly their last years.

A related phenomenon is leaders who consider themselves irreplaceable. Vladimir Putin, to name but one, completes two decades at the helm this year — even longer than Brezhnev’s tenure, which seemed interminable. It happens to be the standard practice pretty much right across Arab states.

Algeria may, for various reasons, have been regarded as something of an exception until the turn of the century. But Abdelaziz Bouteflika, who assumed power months before Putin in 1999, has strictly adhered to the broader regional template and, in fact, added to it a layer of surrealism.

A veteran of Algeria’s protracted and brutal war for independence from France, Bouteflika became a minister at 25 after the struggle paid off in 1962, and subsequently served both Ahmed Ben Bella and Houari Boumedienne as foreign minister. Accused of corruption afterwards, he spent some years in exile, but was back in the hierarchy of the ruling National Liberation Front (FLN) by the end of the 80s, before the Armed Forces put paid to the prospect of the Islamic Salvation Front (FIS) gaining power through elections.

A long civil war followed, a devastating contest for ascendancy between Islamist insurgents and the state in which civilians paid the highest price. Bouteflika had been in office for three years by the time it ended in 2002, serving at the pleasure of the military and related components of the enduring power structure. Later that decade, a constitutional change was required to allow him a third term. On the eve of his fourth, he suffered a debilitating stroke in 2013, but was a shoo-in nonetheless.

He has since then seldom been seen in public and even more rarely heard. One would have thought that the intervening period would have more than sufficed for arbiters of power to come up with an alternative and somewhat more credible figurehead. Apparently not.

And for many Algerians, who have thus far been willing to barter certain freedoms in exchange for stability and security, the announcement that Bouteflika would run for a fifth term proved to be the last straw. Receiving medical attention in Switzerland, he wasn’t even able, as the rules require, to submit his nomination in person.

In a statement issued a week or so ago, he seemed almost to welcome the mass protests that erupted last month and have been growing ever since, praising their peaceful nature but warning darkly of infiltration by outsiders, and offering to stand down … after his next term.

Not surprisingly, that didn’t placate anyone, and a general strike got under way this week. Then, on Monday, shortly after Bouteflika flew home from Switzerland, it was announced on his behalf that he was withdrawing his candidacy. Jubilations were constrained, though, given that the elections scheduled for next month have indefinitely been put off, with the remainder of the year given over to a “national conference” that is supposed to decide what comes next.

The so-called Arab Spring generally bypassed Algeria: there were no mass mobilisations on the scale of what happened in Tunisia, Egypt or Yemen, let alone an outbreak of violence along Syrian lines, which is just as well.

In the 1960s, Algiers was an international revolutionary hub, and not just for Arabs or Africans. Ben Bella and Boumeddiene had different priorities but similar goals. France still struggles with the legacy of its fascistic tendencies as a colonial power. To his credit, Emmanuel Macron last year became the first French President to clearly admit his nation’s guilt in atrocities.

Post-1962, though, the FLN too has a lot to answer for. Amid the present tumult, it could at the very least try to facilitate a democratic milieu whereby Algerians could once more feel sufficiently liberated to determine their own future. It would be remarkable if the proposed conference led to something along those lines, but it would be inadvisable to hold one’s breath.