The probe has given a clean chit to IAS officers Pallavi Jain Govil and J.Vijay Kumar, both of whom had tested positive for the coronavirus 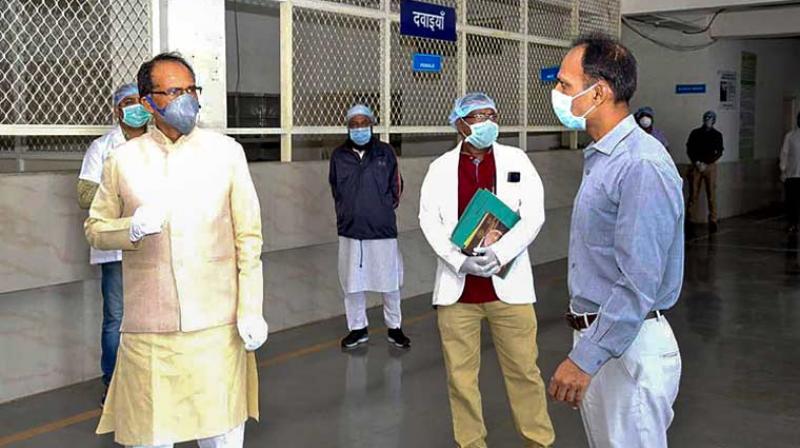 The Madhya Pradesh health department has faced a lot of flak and has been under attack for spreading the virus in Madhya Pradesh with more than 100 officials and workers testing positive.

Most of these officers and workers were not frontline warriors and sat in the secretariat where meetings to counter the spread of the virus were being held.

Now, an internal inquiry has revealed that the coronavirus reached the department through a deputy director-ranked officer who travelled to Bhopal from Indore.

The probe has given a clean chit to IAS officers Pallavi Jain Govil and J. Vijay Kumar, both of whom had tested positive for the novel coronavirus. Both Govil and Kumar were managing the affairs of the health department when they were tested positive and were accused of concealing travel histories in their families.

Meanwhile, former president of the Indian Medical Association (IMA) KK Aggarwal has blamed official files for the spread of the virus in government circles.

He said that government files are porous and on such papers, the virus can survive for more than two days. Clearly, the state government is yet to wholly embrace digital working. Wonder if this is the case in other states too?

Three Indian Revenue Service (IRS) officers have been stripped off their responsibilities for circulating a policy document in which they advocated, among other things, a massive tax hike, imposition of wealth tax, inheritance tax and a Covid-19 surcharge.

The document had created a stir in the public and caused much embarrassment to the government.

According to sources, the Central Board of Direct Taxes (CBDT) has charged the three tax babus, two of whom are functionaries of the IRS Association, with breaching service and conduct rules in getting a report prepared by junior officers and releasing it in public.

It is said that senior officials in the finance ministry are upset that the report found its way to the public domain. It is felt that the report would have got due consideration if it was circulated in official channels, but the principal commissioner-ranked three taxmen went public with it, creating uncertainty and confusion among the people in an already uncertain time due to the coronavirus outbreak and economic slowdown.

To ensure that corrupt all India service officers are not allowed back in the government, the Centre has proposed changing the rules and not allowing review of suspension orders of IAS, IPS and IFS officers if they are convicted in a corruption and criminal case by the courts.

Sources say that the department of personnel and training (DoPT) has decided to amend the All-India Services (Discipline and Appeal) Rules, 1969, applicable to Indian Administrative Service (IAS), Indian Police Service (IPS) and Indian Forest Service (IFS) officers, in this regard.

The DoPT has reportedly written to the home ministry, which is the cadre controlling authority for the IPS, and to the ministry of environment, forest and climate change, the cadre controlling authority of the IFS officers, besides the chief secretaries of all the states and Union territories seeking their comments on the proposed changes in the rules.

According to the proposal, such officers’ cases will not be reviewed by the review committee, if they are convicted by the courts. That means such babus will continue to remain suspended for an indefinite period until a superior court directs otherwise.

IAS officer Kannan Gopinathan who had controversially resigned from service last year over the curbs imposed by the government in Jammu & Kashmir is in trouble. An FIR has been registered against him for not joining duty as directed by a government order amid the coronavirus pandemic.

Mr Gopinathan may have put in his papers last year, but the government has not accepted his resignation even after eight months. So, in view of the pandemic outbreak, the government issued an official letter asking him to rejoin the service. The 2012 batch IAS officer from Kerala was posted in Dadra and Nagar Haveli as power and non-conventional energy secretary when he resigned.

The letter was sent on the direction of the Administration of Daman, Diu and Dadra Nagar Haveli, stating that resignation becomes effective only when it is accepted, and a government servant is relieved of his duty.

Mr Gopinathan has called this an “act of harassment” by the government. Clearly, his parting of ways with the service is likely to be a long-drawn and messy affair.