India’s ruling establishment has so far come across as a bewildered lot, unsure of any path but polarising politics and dream selling 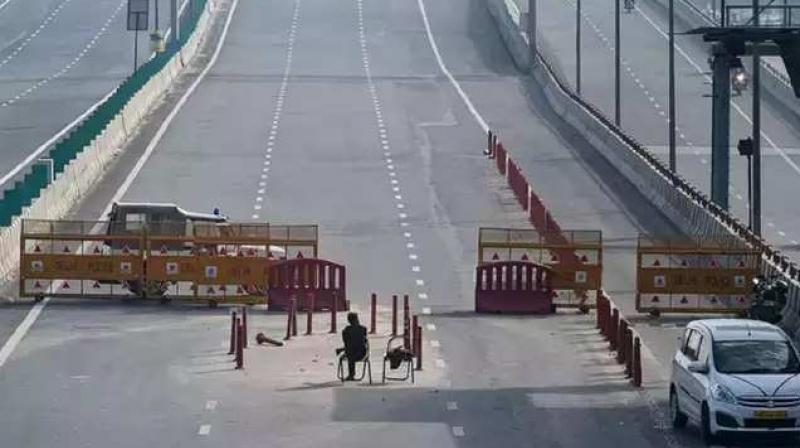 India’s “exit” route is turning out to be more complicated than its entry into the nationwide lockdown.

The entry required little justification but heightening fear of the unknown. But a good reason had to be given for the exit and success had to be claimed.

At the moment, the principal argument to counter the sense that the hurried and unplanned lockdown did not achieve the desired results and that the number of infections is rising steadily is two-pronged.

One is the conjectural argument that the total number of cases would have been multiple times higher if we had not shut everything down within a few hours. The second line of reasoning uses statistical data slides to demonstrate that the doubling rate is declining.

In a country where public sentiment is greatly driven by sensationalist media and corona counters ticking ominously through day and night, the decline in the doubling rate hardly comes as a solace. A part of the reason is that for most people the phrase  lies, damned lies, and statistics is gospel.

The average person is always driven to his/her conclusion by the bottom line.
It is clear that the pressure to get the economy up and running has finally got to the Centre.

The graded opening up after the end of Lockdown 2.0 has peculiarly coincided with the self-contradictory decision of the Centre, acceding to the request of several states led principally by Maharashtra, of running Shramik Special trains to ferry migrant labourers back home. Two questions arise: First, if people had to be sent back, why was this not done earlier?

After all, the largest post-Partition human migration, and on foot, started immediately after train and bus services were suspended a day before the nationwide lockdown was announced.

Second, if the migrant labourers are indeed abandoning the big cities for their villages or small towns, how efficient will industrial activity/output and the infrastructure projects be?

Additionally, the unexpected decision to resume passenger train services on select routes is fraught with danger. But before the risk involved in transporting people in large numbers across states, mention must be made of the class priorities of the government.

It is fair to ask if it was necessary to start running airconditioned trains to start with? Does this not show that the government is prioritising the hardship of the middle class? Is not the Centre simultaneously being nonchalant about the situation of the poor migrants, who are still either walking back or waiting for their turn to board the Shramik Special trains? Or is there a quota system at play even behind this decision?

From the heightened levels of ad hocism, it is evident that there is grave risk that the doubling rate, whose decline is being showcased by the government, might again begin an upwardly movement.

Just as there was little or no plan in November 2016 when demonetisation was announced and again in March when the nationwide lockdown was imposed, there appears to be a complete absence of a comprehensive step-by-step plan to get back to a semblance of normality.

Authoritarian arbitrariness has become the new normal. State governments have left it to resident welfare associations, many of which are extremely low on their democratic quotient, and more often than not mired in court cases stemming from allegations of corruption or misuse of facilities.

Consequently, authoritarian tendencies are mushrooming across urban India with a rate that may soon match the multiplication rate of the virus. Some weeks ago, a housing society in the National Capital Region (NCR) decided to tell doctors living there to make alternative arrangements if they continued being on duty.

It rescinded the order only after the local Indian Medical Association threatened to issue an advisory to its members not to treat any patient from that society. Yet another society announced that residents could not bring guests to their homes, and if found flouting this rule, a fine of `11,000 would be imposed.

Pending payment, water and electricity supply to the apartment would be disconnected. The Noida administration has also issued strange arbitrary regulations and sealed borders, making a mockery of the Central government’s decisions like running trains if people cannot get out of the district, how can they board the trains?

As a result, the Centre is relatively less willing to take the onus for this phase of managing the situation from the Covid-19 pandemic and is passing the buck to the states. Some days ago, a joint secretary made the disclosure that should ideally have come first from the political leadership: that we are in this for the long haul, and have to learn to live with the virus.

The precise words were ominous but were evident of those who limited their assessment within a rational framework and did not speak with a ring of victory. He said: “We have to deal with the challenge of learning to live with the virus, for this we need to make the required prevention measures a part of our life, through a behaviour change process.” A day later, Union health minister Harsh Vardhan warned people that Indians have to be prepared for the worst.

In his latest address to the nation, Prime Minister Narendra Modi too said that “experts and scientists have pointed out that corona will remain a part of our lives for a long time”.

He added that this reality does not mean that “that our lives will be confined only around the corona”. People argued after the draconian lockdown was imposed that the government could not be blind to the economy.

There is no data yet on the number of people either stranded, or who died while on way to their homes. The coronavirus will erase much in its wake. The fear is that it may not leave much information for historians of the future.

Political leaders by choice opt for a path where negotiating unknown challenges is essential. India’s ruling establishment has so far come across as a bewildered lot, unsure of any path but polarising politics and dream selling.

The writer is a Delhi-based journalist and author. His latest book is RSS: Icons Of The Indian Right.