Opinion   Columnists  14 May 2021  Farrukh Dhondy | Why is Labour, once a force in British politics, on the rocks?
Opinion, Columnists

Farrukh Dhondy | Why is Labour, once a force in British politics, on the rocks? 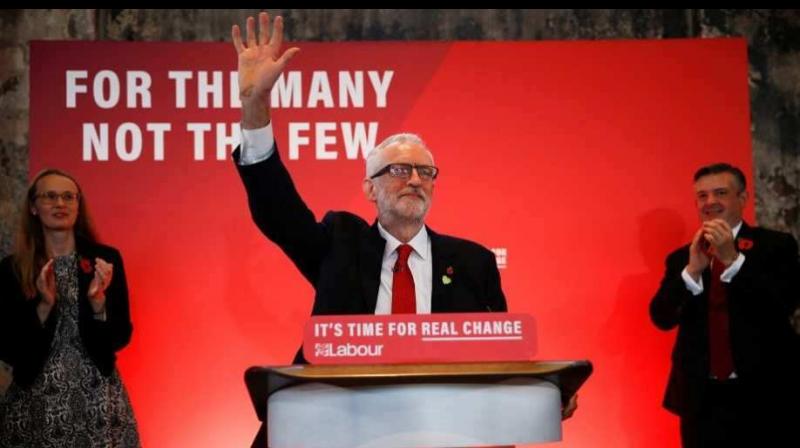 “It’s called hiding and running
Or Silence, Exile and Cunning
All with Capital letters
To unchain Envy’s fetters

Question 1: In which democracy is the party, which has very often been in power since the late 1940s, now on the brink of collapse?

Question 2: In which democratic country has the governing party come to power through an appeal to irrational or non-rational factors?

Question 3: Which government was slow to react to the Covid pandemic and caused as a consequence an avoidable number of deaths?

Congratulations, gentle reader -- perhaps the questions were too easy and the answers obvious: But you got it -- the answer to all three questions is the United Kingdom of Great Britain and Northern Ireland!

The Opposition Labour Party has lost its appeal and is falling apart; the Tories appealed not to rational material advance of classes but to emotional xenophobia and BoJo’s government will be castigated in the forthcoming inquiry into the handling of the Covid-19 emergency, for not implementing lockdown measures in the face of rampant public contagion.

So, why is the Labour Party, a force in British politics since its formation in 1906, on its uppers if not on the rocks? Last week, on May 6, the UK held elections for several local council seats -- control of the municipalities. Labour lost 267 of them while the Tories gained 294. The biggest disaster for Labour on May 6 was the single byelection for the Westminster Parliament held in the north eastern
port of Hartlepool. For seventy years this town has voted Labour.

This time it changed to Conservative. What the media in Britain characterise as another brick in the “red wall” turning blue! In 2019, under the leadership of Jeremy Corbyn, the Labour Party lost disastrously to Boris Johnson’s Brexiteer buccaneering Tories.

BoJo’s 80-seat majority in the House of Commons was made up substantially of MPs from constituencies in this red wall -- the towns and cities of the Midlands and the North who were traditionally Labour, as they had vast populations of the working class. Did these “natural” Labour voters have a change of heart or even of DNA?

No, gentle reader, they voted with a change of allegiance towards the party that promised to “Get Brexit Done” and so ban European citizens from coming into the country, whether they came into their own red wall constituency or not.

Why? Go back a few governments and we have the Tory government of Margaret Thatcher who closed down the mines and mills, destroyed swathes of traditional manufacture and opened up Britain’s markets, for example, to Polish coal and Asian textiles. It left millions of people in the red wall territories unemployed.

Subsequent Labour governments did very little to make the economic revival of these towns and cities their priority. Albeit there was a lot else to do and the 2008 world financial crisis didn’t assist those Labour governments either.

Membership of the European Union gave European citizens -- Poles, Hungarians, Spaniards and others from the 27 countries -- the right to come to Britain and work. These workers brought skills which had become scarce or prohibitingly expensive in UK cities. For instance, in London, if you needed a plumber or a builder, the most convenient, cheapest and reliable one to do the work would be Eastern European.

Apart from an innate xenophobia, which no columnist can honestly quantify, there was the definite canard in the British working classes that these “foreign” workers were undercutting British wages. There were other more nebulous reasons -- a faux-nostalgia for a supposedly vanishing British culture, eroded by the presence of other languages, religions, cuisine etc. “Keep Johnny Foreigner out” was the unspoken credo of the Brexiteers.

And the Labour Party was split on the issue. Jeremy Corbyn and several leftish infiltrators and open “Trotskyists” (Yes, gentle reader, in 2019!) were wholehearted Brexiteers. They made no assessments of the damage to Britain and to its working classes or to its security.

They were following the 1960s and 1970s’ contention of their hero Tony Benn who called the EU a “capitalist club”. They would leave it and join Russia, China, the United States, India and other great “socialist” nations and with them defeat pernicious capitalist clubs.

No, gentle reader, this is not an extract from Monty Python or any other satirical show. These advocates, some of them my friends, really believed and preached this.

What had started out in 1906 as a party of workers, mostly unionised, has, a hundred years on, become the political vehicle of an urban elite who would support Jeremy Corbyn’s plans to nationalise the railways and take its ownership away from French and Dutch capitalist companies. They would support taxing the very rich, plugging the tax-dodge holes that the Tories and Rishi Sunak have left gaping.

What they would also support is what has come to be known as the “woke” agenda. And most important, they (including yours truly) are decidedly anti-Brexit.

Labour has become two factions -- the red wall xenophobes and the liberal, partially if dedicatedly, “woke” (not quite yours truly) urban membership. These are political enemies and can’t present the country with a unified Opposition. Kali’s heads can look both ways and manifest her powers -- the Labour Party’s can’t.