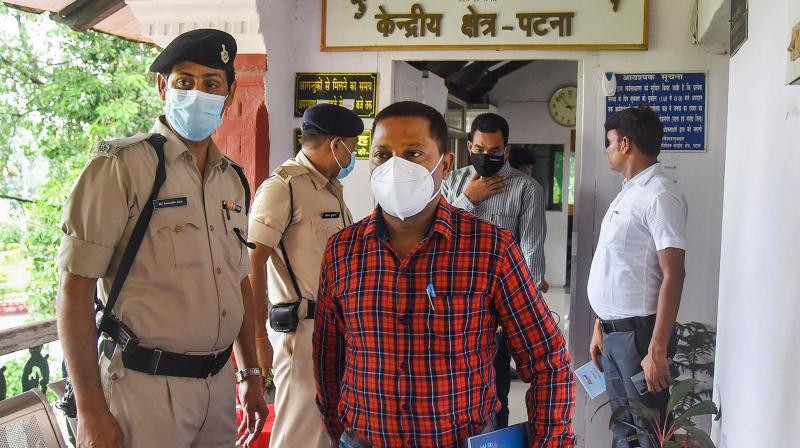 This looks like a nightmarish end to federalism as we know it. Bollywood actor Sushant Singh Rajput’s tragic death has turned into deplorable political one-upmanship.

The unprecedented face-off between Bihar Police and Mumbai Police on the investigation of the suicide has far reaching consequences.

Many experts are of the view that sending a team of Bihar Police personnel to Mumbai after Rajput’s father filed a FIR demanding a probe into the “crime” was out of step. In India, police is a state subject and crimes are investigated by the police depending on where they occurred.

If states start to interfere and go after crimes committed against their citizens in another state, we have a recipe for disaster. With the further likely addition of the CBI into this pot, the stew has grown thicker.

Had some worthies shown some prudence, we wouldn’t have had to see the DGPs of the two states slinging at each other on the TV news. TV newsrooms or Twitter are not the place to conduct a serious investigation into the death of a popular actor.

The case has grown much bigger with the respective state governments getting into the ring. The Bihar CM has given his nod for a CBI probe, bowing to pressure from the actor’s family, while Maharashtra chief minister Uddhav Thackeray refusing to give in to the demand. Both chief ministers have decided to stick by their police chiefs.
The Enforcement Directorate has also opened an investigation into alleged money laundering. It is pretty much a no-holds-barred affair now, teetering dangerously on the edge of turning into a farce.

None of this would have merited so much focus and energy were it not for the Assembly elections in Bihar, due in October.

The Bihari “sentiment” seems to have taken the frontstage, a thinly veiled euphemism for votes. The politicisation of the police is one of those vexing issues that no amount of reform has been able to deal with.

The recent Vikas Dubey encounter and the police custodial deaths in Sathankulam town near Thoothukudi in Tamil Nadu are already forgotten. The Sushant case will likely drag until it is no longer convenient.
Sadly, if this lack of restraint and willful flouting of procedure by the police persists, it will end badly for the country.

Barely less than two months ago, the Appointments Committee of the Cabinet had given Mr Kumar a one-year extension of tenure at the think tank.  He was relieved on July 31.

The government’s  U-turn has left many observers bemused. Some say that since the UP government had agreed to an extension for Kumar in May, it is unlikely that it would recall the 1993-batch IAS officer. This then implies that the Centre’s U-turn may have been caused by some rift among the higher-ups in Delhi over the babu.

The buzz is that there are some differences between the Niti Aayog and the health ministry over policy matters, and possibly Kumar was in the middle of the spat. But that may not be the only reason, certainly not enough to warrant this U-turn.

After all, Kumar was reportedly handling the majority of the key assignments at the nation’s premier think tank. We may never know.

However, some observers believe that Kumar’s unexpected exit from Niti Aayog will cast a cloud over the empanelment of 1983 batch IAS officers for additional secretary-level posts at the Centre.

Roopa D. Moudgil is the first woman IPS officer of Karnataka and has now become the first woman police officer to be appointed the state's home secretary. The decision is unpalatable for IAS officers who might have been eyeing the post for themselves.

It’s not often that an IPS officer is appointed to a post traditionally associated with the IAS. The violence this week in Bangalore may, however, quieten naysayers.

This posting comes amid a major rejig that has been happening within the government. Thirteen senior IPS officers were given different posts, and 19 ranked officers were transferred.

This 2000-batch IPS officer, however,  has many firsts to her credit, having become well-known for taking up cases that involve either senior IPS officers or politicians, most recently, late AIADMK chief Jayalalitha’s aide Sasikala.