Muslims should live with Ayodhya ruling

The hard reality that there still prevail extremist elements in our country who tend to try and provoke communal fires periodically cannot be ignored. 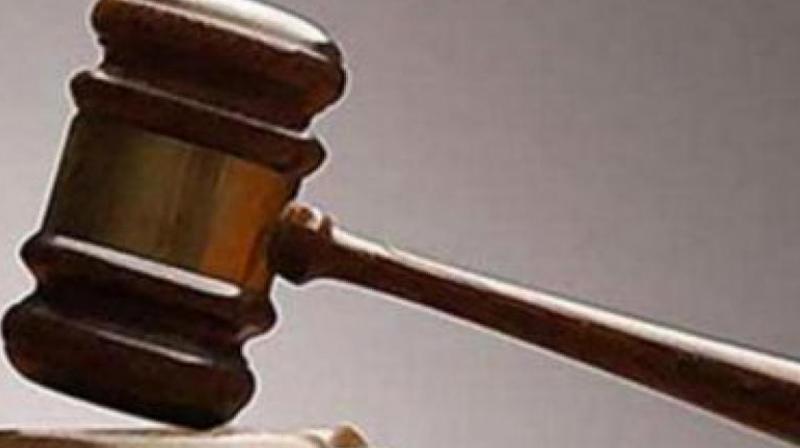 Legally, with the Supreme Court having pronounced its verdict, each individual, group, party and organisation has the democratic right to challenge it, call for a review petition and so forth.

Now that India’s Supreme Court has decided that the disputed site at Ayodhya would be used for the construction of a temple, it doesn’t seem fair to oppose this decision. Opposing it is equivalent to pursuing the path which was undertaken by right-wing elements against the existence of the Babri Masjid there. Fine, the extremists and their supporters did not act wisely by demolishing the mosque on December 6, 1992. They chose to take the law into their own hands. Legally, with the Supreme Court having pronounced its verdict, each individual, group, party and organisation has the democratic right to challenge it, call for a review petition and so forth. However, taking this path also amounts to giving socio-political, extremist elements ground to continue displaying their aggressive communal moves over their demand for a temple at Ayodhya.

So far, a lot has been written against the nature of the judgment. However, there are a few angles which have not yet been given adequate importance. First, had the judgment rejected the appeal for construction of a temple, it would have only led to the dispute’s continuance. The prospect of several right-wing elements welcoming the construction of a mosque at what was a disputed site are as good as non-existent. The bench, apparently, gave ample consideration to this aspect.

The hard reality that there still prevail extremist elements in our country who tend to try and provoke communal fires periodically cannot be ignored. This has been marked by targeting Muslims who have refused to chant Hindu slogans, cases of lynching by so-called “gau rakshaks” whose victims have been falsely labelled as “terrorists”, and so on. While each such incident is condemnable, each has failed in rousing the people of both communities to a stage where a major riot cannot be ruled out. ignored. A similar restraint was exercised by people across the entire nation on November 9, the day when the Ayodhya verdict was delivered.

God forbid any major or minor riot erupting in the country and/or any portion of it. Think of the Indians whose daily earnings would be severely affected. This includes shopkeepers as well as vendors. Fine, well-off Indians may not face much of a problem, but the poor and middle classes, who constitute the majority in the country, will. From a humanitarian angle, in the national interest, this situation should not be allowed to ever develop. Yes, the fact that the Ayodhya issue is politically dead cannot be ignored. Even though various political parties have tried to use it as a part of their electoral campaigns, they have failed. Nevertheless, till this date, the prospects of this issue igniting communal tensions have not been ruled out. To a degree, the judicial verdict has attempted to douse this fire. In the national interest, notwithstanding the many legal reservations about it, the verdict should be accepted.

With respect to the opposition voiced from several quarters against the verdict, it would make greater sense if the national and humanitarian interest is placed above religious ones. They may direct their attention elsewhere. Yes, rather than lose time over a piece of land, the prospect of regaining which for Muslims may be viewed as all but dead, they should pay serious attention to not losing other structures listed in the saffron brigade’s agenda. What is gone is gone, but this should also not set a precedent for the saffron brigade to target other places. Before it is too late, serious measures should be taken to check any such moves.

There is yet another aspect of this controversy that needs attention. While the place of dispute has been known as the Babri Masjid, the recent past has been witness to it serving as a place of worship for Hindus. The Supreme Court’s judgment has confirmed this. In this context, let us keep in mind that all religions stand for peace. Islam means peace. From both national and religious angles, it would not be appropriate to oppose the controversial site being granted to Hindus with a judicial stamp. A key principle of Islam states: “Unto you, your religion, and unto me, mine.”

The situation would have been different if the Babri Masjid was still standing. Yes, the demolition of the mosque was equivalent to snatching away a place of worship from Muslims. Now, should Muslims also resort to what a minor percentage of the country’s Hindu population had indulged in on December 6, 1992? The latter adopted violent means. Opposing the Supreme Court’s judicial decision in part also amounts to repeating the same story, and not allowing the dispute to settle down. And somehow, it does not make sense to let the whole crisis assume any dangerous nature. The crisis must end, and people should move on for a better tomorrow.

Regarding different opinions being voiced about a Muslim organisation being given a five-acre piece of land in Ayodhya, each individual has right to his or her view. Seriously speaking, one is a little perplexed about the attempt being made to generate a conflict over it. Well, perhaps, rather than pronounce anger over the Supreme Court’s decision, it would be more sensible for all concerned Muslim organisations to deliberate seriously on their moves. The underlying message that Muslims’ interest has not been ignored must be understood. It would be appropriate if the land is accepted. The land may be used in the national interest by constructing an educational institution for economically deprived sections, for a orphanage or for any progressive purpose. Rather than throw the opportunity away, it should be used in a way that leads to it becoming a historical landmark in a positive direction.

This country has wasted decades, money, numerous lives and a lot more over the prolonged Ram Janmabhomi-Babri Masjid dispute. We cannot afford to do it any longer.