The Indian amendment raises a number of troubling questions. 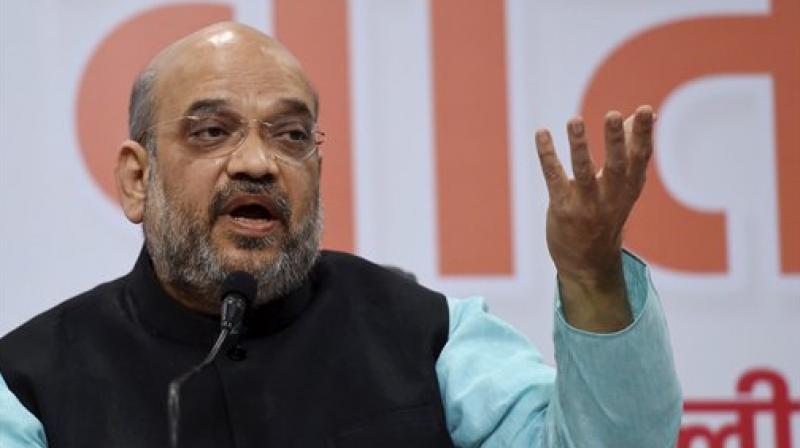 Both Houses of Parliament earlier this week approved the Citizenship (Amendment) Bill after some Opposition resistance in the Upper House. The Janata Dal (United), which rules Bihar in alliance with the BJP, and the Biju Janata Dal, ruling Odisha, betrayed their origins and the core philosophies of their founders by backing the government. Home minister Amit Shah, replying to the Opposition criticism, justified the bill as necessary to alleviate the religious persecution of minorities in Pakistan, Afghanistan and Bangladesh. Diplomatic implications evaded him in tarring three nations with the same brush, quoting incidents ad nauseum from Afghanistan under the Taliban, deposed in 2001, Bangladesh under non-Awami League governments or even acknowledging that Pakistan’s Sunni radical evangelism persecutes Islamic groups like the Shias and even more so the 10-20 million Ahmadiyyas.

The amendment breaches not only Article 14 of the Constitution, on which the Supreme Court will rule, but even international human rights law as it has evolved since the 1948 Universal Declaration of Human Rights. Indian delegates helped frame that declaration, which remains the bedrock of international human rights law. Although driven by the disruption of European populations during World War II, India’s Constitution, adopted in 1950, reflects it in letter and spirit. Hence, equality of treatment under Article 14 is not extended merely to Indian citizens but any “person”. Therefore, even though India did not sign the 1951 Refugee Convention or the additional protocol of 1967, which universalised its application beyond Europe, India is bound by its spirit, if not its letter, as it is grounded in Article 14 of the Universal Declaration, which proclaims everyone’s right to seek asylum from persecution. Moreover, when 145 nations subscribe to a convention, its provisions tend to have universal application.

The Indian amendment raises a number of troubling questions. First, it protects those suffering religious persecution in only three nations and belonging to faiths other than Islam, whereas the Refugee Convention defines it more expansively — political or other forms of persecution based on race, religion, nationality, membership of a particular social group or political opinion. It rests on three principles: non-discrimination, non-penalisation and non-refoulement, the last mandating that no one shall be returned to where that person may face threats. Thus, the limited aim of the Indian amendment is political and electoral, legitimising the stay and eventual citizenship of only those groups of refugees that are non-Islamic. When combined, as Mr Shah keeps reminding us periodically, with a National Register of Citizens (NRC), the objective becomes clearer still. Muslims in India will be subjected to an audit where the burden of proof shall lie on them to prove their Indian citizenship. A prominent Muslim and former holder of a high constitutional office quipped that his family graves date to the 17th century. Poorer segments of the Muslim community may find it impossible to produce documents that pass muster with a usually incompetent if not prejudiced or even corrupt bureaucracy.

The cut-off date is also peculiar. That is what riled the current friendly governments of Bangladesh and Afghanistan. Sheikh Hasina has been  Bangladesh’s PM for the past decade and can hardly be blamed for persecuting Hindus or Chakma Buddhists. If anything, she has purged the political system of radical Islamists, who were allies of Pakistan’s military which governed East Pakistan and subsequently the military, or military-supported, regimes in Bangladesh. Therefore, unsurprisingly, its foreign minister A.K. Abdul Momen cancelled his India trip on weak grounds. Its home minister also cancelled a private visit to Shillong, which was probably unlikely in any case due to the disturbances there. Dissonance in relations was perhaps inevitable as, despite Indian assurances to Bangladesh, the BJP’s policy of hounding illegal Muslim immigrants, which plays directly into its politics in Assam, the Northeast and now West Bengal, was leading towards discord over the detention and future of persons of Bangladeshi origin in India.

A similar lack of historical accuracy and sensitivity in naming and shaming Afghanistan led to its ambassador in New Delhi taking exception to Mr Shah’s arguments. The cut-off point for refugees allowed a fast-track to citizenship is 2014. The Taliban was deposed in 2001 but may well rule Afghanistan again. What happens to non-Muslim persons of Indian origin still in that country and willing to believe in the survival of an independent and prosperous Afghanistan under a non-sectarian regime? Does not India have a stake in that idea after dispensing $2 billion in aid and some precious human lives?

What is even more troublesome is that by extremely narrow exceptions a number of other minorities in South Asia and beyond have been ignored. After the second coming of the Rajapaksa clan in Sri Lanka, it is unlikely that the Tamil minority will get justice or power devolution. The Madhesis are already marginalised politically in Nepal. There may in future be pogroms against the Indian diaspora in Caribbean, Indian Ocean islands like Mauritius and Seychelles or Africa’s east coast. Will the government devise ad hoc measures each time or turn away, as India did when Idi Amin hounded Indians out of Uganda. Thus, an opportunity has been missed to have a proper, non-discriminatory refugee and asylum law in line with India’s Constitution and international law.

Thus, with a narrow domestic agenda, fuelled by ideological and divisive politics, tapping Islamophobia across sensitive states on Bangladesh’s borders, the BJP has sown the seeds of regional strife. To rescue Hindu Bengalis from the NRC’s net in Assam and appeal to Bengalis in West Bengal, the government has fired the chauvinism of tribal and ethnic communities across the Northeast. The distant rumble can be heard in the United States and Europe against India going down a route that is more befitting the troubled regions of Africa than the land of Gandhi. There are yet solitary voices seeking sanctions against Amit Shah. Assam joins Kashmir in being put under the security clampdown. The Japanese PM’s much-touted summit with his Indian host in Guwahati now lies disrupted. The Northeast was to be the stepping-stone between India and Asean. Which global investor will come to a destabilised region? Sadly, India’s PM and home minister could only defend themselves by a hackneyed but dangerous argument — that the Opposition and critics speak in the voice of Pakistan. The truth is they are critical of the government’s half-baked, moth-eaten amnesty for some refugees. Pakistan points it out with glee; but Indians with pain. Surely the two are poles apart.