Yet a Galwan could always happen as a spinoff from other circumstances, given the unpredictability of the LAC 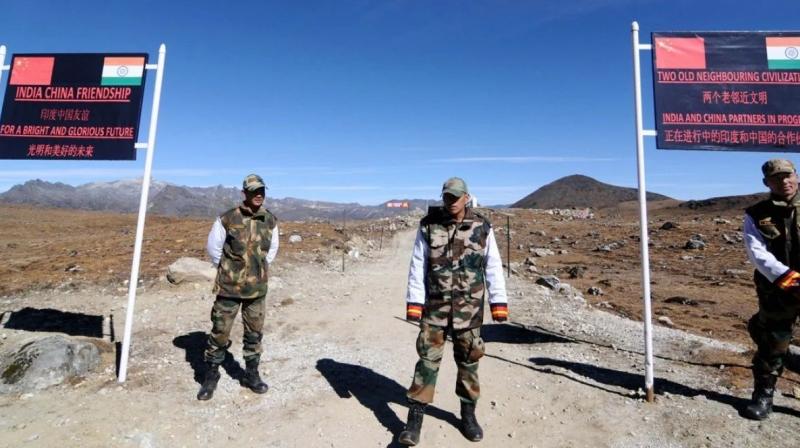 So is a Galwan likely to be repeated, and for that matter should one expect a deterioration of the situation in Ladakh anytime soon. (Representational image: AFP)

What happened in the Galwan Valley on June 15 last year cannot be easily forgotten. Twenty Indian soldiers led by the valiant Col. Santosh Babu, MVC (Posthumous), commanding officer of 16 Bihar, were killed in action. A deceptive enemy who hid behind the veil of 45 years of trust turned upon these unsuspecting soldiers who were on a mission to verify what had been agreed by their senior commanders just 10 days ago.

Perhaps nowhere in the world has occurred an incident in such bad taste and against all ethics of soldiering. You can take counteraction against adversary soldiers who threaten you or deceive you but targeting those on a verification mission after an agreement was something new in the world of military ethics. The PLA had transgressed to ostensibly dominate the Shyok-DBO Road.  Not known to be followers of any rule-based order, the PLA took its time in disengaging from the transgression. When pressured to do so, it chose to get aggressive and turned upon those who were verifying the vacation, with weapons which were straight from the Stone Age, to pulverise, shred and tear human flesh. The PLA came prepared with these weapons and perceived that their employment could be projected as non-lethal in today’s age.

What was clear from the incident was the fact that the Indian Army worked on a principle of trust. Forty-five years without loss of life at the Sino-Indian border, 22 meetings to resolve the border through a civilised format, dignified campaign at the highest political level to progress economic and people-to-people relations and regular delegation visits to each other’s military establishments, should count for a justified level of trust. Professional armies do not work on assumptions,but yet an element of human compulsion exists, forcing all implausible contingencies out of the consideration and settling for those within the realm of perceptual reason. Even more important, Galwan exemplified camaraderie and team spirit of an extreme kind when soldiers of different units, arms and services all joined the fight for the sake of their comrades, their countrymen and the honour of their nation.

Much water has already flown down the Shyok River through 2020-21, since Galwan, with a lothappening at the Line of Actual Control. From partial mobilisation to staying put in freezing winter conditions with rustic habitats, lifting and transporting stocks of an unimaginable quantum and the virtual conversion of the LAC to a LoC, we have also witnessed the professional Indian riposte via the quid pro quo operation at the seven heights of the Kailash Range in south Pangong Tso. Through negotiations stretching into the eleventh round, a partial de-escalation and disengagement has been executed but restricted to north and south Pangong Tso. It can safely be assumed that the occupation of the Kailash Range heights caused much consternation in PLA ranks as its major war centre in Ladakh was under direct threat. We could force the PLA vacation of north Pangong Tso transgression because of this. However, some other key transgressions, including the one at Depsang, continue and await the outcome of further talks which could be indefinitely delayed.

So is a Galwan likely to be repeated, and for that matter should one expect a deterioration of the situation in Ladakh anytime soon. It is easy to dismiss Galwan as a one-off event brought on by cascading out of control circumstances. Situations in an environment with troops at close quarters to each other (although a separation exists here larger than at the LoC) can always be unpredictable and response to awkward situations may find escalation. The feasibility of China deliberately triggering tension appears less likely as it should be viewing its actions in Ladakh as a misadventure which failed to deliver. China had reasonable clarity in the politico-strategic domain of aiming to make India realise that it was alone in the high Himalayas even as it may be among future partners in strategic arrangements that it is seeking under the American umbrella in the Indo-Pacific region. The misadventure in Ladakh, effectively thwarted by India, had a flawed military strategy. The occupation of some pressure points, transgressions across some of them and the refusal to vacate, awaiting more negotiations, are being perceived by some as a victory for China. Victories are measured against the attainment of the politico-strategic aim and not bits and pieces of occupation of territory which was vacant. What we in India have failed to capitalise upon is the ethical aspects of functioning between nations. China may have aspirations for superpower status, but it lacks the ability to build a larger perception of itself beyond that ambition; powerful nations show better ethics in international functioning. President Xi Jinping’s recent directions to remove “wolf warrior” diplomacy from China’s ways of international dealings and build a more positive external perception about China is proof enough of its failure in pursuance of effective international relations. Notwithstanding what success it may perceive for itself through the Belt and Road Initiative outreach and attempts at cultivating influence in India’s near abroad, the world’s image of China remains one of a predatory nation which refuses to be bound by rules and agreements and therefore untrustworthy. The total outlay of China’s external aid remains at a quarter of what the United States dishes out although the Chinese economy is just over half the US economy and growing at a much faster speed.

Given all these circumstances and the ongoing transition in the global order, what one should reasonably expect is some change in China’s approach. How much this will impact Sino-Indian relations and the Ladakh standoff is difficult to say, being already a theatre of recent and ongoing tension. The fact that China couldn’t attain its aims in coercing India even under pandemic conditions and its decision to negotiate at the field level are pointers to a possible change in strategy. The PLA will play hard to get, it will display reluctance to negotiate and for the foreseeable future will effect no change in the LAC’s status. A campaign-like operation appears remote but even coercion operations which China experienced as having potential to go out of control may not take place. However, cyber threats should be expected to escalate,also campaigns in the information domain. Yet a Galwan could always happen as a spinoff from other circumstances, given the unpredictability of the LAC. It is something we should be prepared for even as the tone and tenor of the relationship at the highest levels improves to far greater levels.