For the second time, the Centre has chosen to give the prestigious commissionerate position as an additional charge 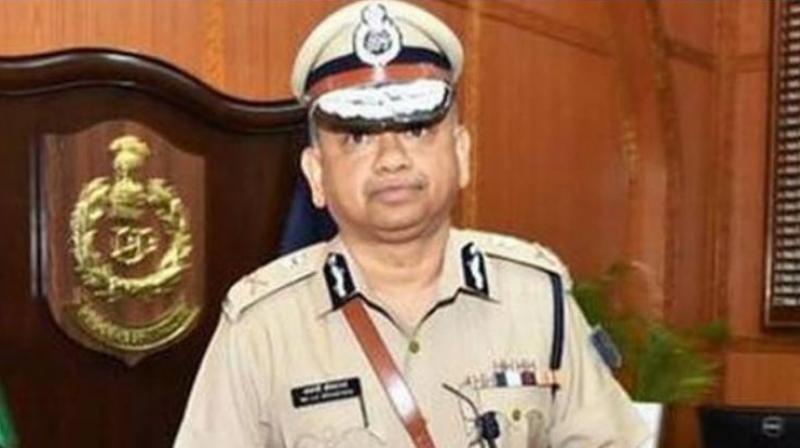 It should be recalled that Balaji Srivastava’s predecessor Sachidanand Srivastava was appointed similarly in February last year during the bloody Delhi riots. (Twitter)

It is often considered that the most important babu in Delhi is not the chief secretary but the police commissioner. High-profile incumbents of this chair have graced Parliament and become governors in states. Getting to be commissioner of police is very often a long process. Most of it, DKB (Dilli Ka Babu) knows, is conducted in stealth and in the wee hours of the morning. With the lieutenant governor now in full command of the state, the control of the Union home ministry is far more than it ever has been.

For the second time, the Centre has chosen to give the prestigious commissionerate position as an additional charge. Police babus tell us that this always helps to ensure greater control to those who actually pull the strings.

It should be recalled that Balaji Srivastava’s predecessor Sachidanand Srivastava was appointed similarly in February last year during the bloody Delhi riots. He was regularised in the post in May, barely a month before his retirement. Will history be repeated with Balaji? While clearly odd, some fear that the government could in fact “regularise” this mode of appointments.

Starved of powers, watchdogs straining at the leash

Surely the government saw it coming but did not move fast enough. Now Sanjay Kothari has completed his term as the Central Vigilance Commissioner (CVC) and retired without a permanent successor in place at the probity watchdog. Tardiness or just indecision suddenly led to vigilance commissioner Suresh N. Patel being named acting CVC. He’s walking on eggs till the Modi Sarkar appoints Mr Kothari’s successor. Informed sources say that the personnel ministry has already called for applications for the posts of CVC and another vigilance commissioner. Will Mr Patel get confirmed in his added role or will we see a new face at the helm of CVC? This is a mystery that was perhaps not really needed. And a handover that could have been managed with more elegance or, if not, just good past practice.

In recent times, the nation’s top vigilance institution has been struggling to fulfil its mandate, having to deal with rising corruption complaints and shortage of staff. It is also hamstrung by the fact that when it was constituted it was made just as an advisory body, with Central departments and ministries free to accept or reject its advice. Only last year the commission initiated some unconventional but “systemic” changes to ensure prompt action in corruption cases. To keep that momentum going would probably be Mr Patel’s first major task. But the government will eventually need to reframe the panel’s currently limited powers.
Likewise, the National Financial Reporting Authority (NFRA), the audit watchdog, too is seeking more powers. It may have been set up as a super-regulator to audit auditors, but it suffers from similar problems like the CVC. Fighting for space with too many other regulatory authorities, including RBI, SEBI and the ministry of corporate affairs among others, NFRA is currently lost in the crowd. The watchdog of corporate misdoings will need its role redefined at the earliest.

Loud murmurs are being heard both from babus as well as the faithful about the sudden influx of non-politicos in the latest reshuffle. They insist that a sarkar that is seen to be treating babus shabbily has mysteriously changed course. After the setbacks of Covid and the recent Assembly poll results, Prime Minister Narendra Modi has ousted 12 ministers and brought in technocrats and babus. The message is that he is focussed on good governance and the delivery of promises.

Among the former babus brought in are R.C.P. Singh from Bihar and Ashwini Vaishnaw from Odisha, who will now hold the important railways portfolio. Meanwhile, former home secretary and minister of state R.K. Singh along with another foreign service babu Hardip Singh Puri, who now gets equal ranking as his former foreign secretary but junior S. Jaishankar who has been Cabinet minister from the start.

The new team also has a sprinkling of technocrats and doctors including Rajiv Chandrashekhar, Devusinh Chauhan, Subhash Sarkar, Bharati Pawar and Bhagwant Karad.

The reshuffle indicates a clear shift in policy and even a U-turn — remember all that talk about avoiding technocrats, especially those with academic degrees from western universities. Seems that Mr Modi needs them, and, of course, the babus-turned-netas for the rest of his term.