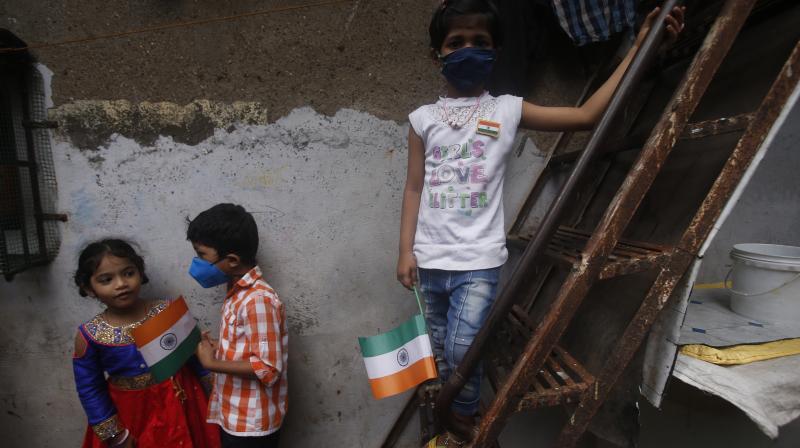 As the years pass on, Independence Day will be more of a day of gaiety than one of solemnity that it had been in earlier years. But there is no reason to complain that people have forgotten the great freedom struggle, its heroes and heroines and the enormous sacrifices they had made.

Independence Day has also been a grim occasion for many of those who had to leave behind everything they had and cross over from Pakistan (or what is now Bangladesh) to India, and from India in the other direction.

The wounds have healed to a great extent and those affected by Partition are now picking up the courage to look back with a certain equanimity the mad rage of riots and inter-communal strife that came with Partition and independence.

This year’s Independence Day will be without its customary celebratory spirit. It is going to be a rather grim Independence Day because of the coronavirus pandemic, that has affected nearly a quarter million Indians, of whom nearly 50,000 died, and more than 20 million people across the world, of whom three-quarters of a million died.

The nationwide lockdown that had to be imposed in late March this year to contain the pandemic caused much havoc in the lives of the poor, especially the migrant workers who live in shanties in our big cities and eke out a living far from their impoverished hearths in the villages.

The lockdown has brought the economic wheels to a halt and took away the livelihoods of hundreds of thousands. The economy will take a while to pick up and it will mean hard times for the poor as well as the middle classes.

The country had at the same time to confront the Chinese military threat in eastern Ladakh, in the Galwan Valley along the Line of Actual Control (LAC), and 20 of our soldiers had to lay down their lives in a violent faceoff with China’s People’s Liberation Army on June 15.

The Indian Army has stood its ground and talks between India and China at the military and diplomatic levels are taking place, and as Chief of Defence Staff Gen. Bipin Rawat has indicated,  the dialogue would be a long drawn-out one because of the complexity of the situation at the LAC.

All that we can say of the response of Prime Minister Narendra Modi’s government to the unfolding of these stressful and sometimes traumatic turn of events is that they tried to cope with it as best as they could, though there have been acute shortcomings in policy and administrative responses.

The relief packages provided by the government in terms of the supply of free foodgrains through the public distribution system and the cash, what little of it that there was of it, that was deposited in the bank accounts of many of the poor, the elderly and women, and the farmers, and the medical facilities for quarantine and treatment that the administrations tried to provide were a great help.

People are indeed grateful to the government though they are acutely aware that they will have a tough time in picking up the threads of their pre-Covid life and that they must do it on their own.

It is the governments that are less than clear-eyed, less than tough, and less than honest compared to ordinary people. And this Independence Day, it is the immature swagger of the governments, especially that of Prime Minister Modi and his colleagues, that will strike the wrong note in these troubling days.

But neither the Prime Minister nor his colleagues are willing to respect the sombre mood of the Indian public with the constant public banter of their tenuous achievements, displaying utter insensitivity which is a sign of the arrogance of those in power.

The Modi government seem to believe that the help they offered to people during the Covid-19 crisis is largesse doled out by generous rulers. And they expect the people to be grateful to the government.

Modi and his colleagues are only too willing to use the Covid-19 crisis and the Chinese threat in Ladakh as a cover to divert attention from their mishandling of major issues like Jammu and Kashmir, the Citizenship Amendment Act (CAA) 2019, and the economy in general.

In the flush of last year’s electoral victory, the Modi government had assumed that it can indulge in its favourite game of strongarm tactics, and brush aside public opinion in Jammu and Kashmir.

It is now learning that the abrogation of Article 370 did not solve the Kashmir problem, and that humiliating the people of the state by bifurcating its and reducing it to a Union Territory was not a sound idea, and that there is no alternative to the political process.

The further abrogation of Article 35A with the dishonest intent of changing the demography of the Kashmir Valley has angered the people of Jammu as well because they do not want to be swamped by the intended demographic change.

Similarly, the CAA was flaunted as the whim of a “Hindu state” which will protect Hindus in Afghanistan, Bangladesh and Pakistan, while the Assamese are totally opposed to the settling of Hindu refugees from Bangladesh in the state. And the BJP was playing to the Assamese Hindu identity to win the Assembly elections.

The Narendra Modi government has been flailing its hands for the past six years to make  the economy hum, but it found itself committing all the unforced errors possible, including the November 2016 demonetisation, and alienating one Reserve Bank of India governor after another. Even the incumbent, Shaktikanta Das, who wanted to be accommodative to the government’s demands, including the transfer of the RBI’s huge reserves to the treasury, finds himself in a tight spot.

Modi does not seem to get the message that he has not set the economy free from government interference and that the ideal of “ease of business” is yet to be realised fully.

It is a hard lesson that Modi is not willing to learn -- that you could win a parliamentary majority but it does not ensure that the whims and fancies of a popular government do not strengthen the country in any way, including Modi associating himself with the construction of the Ram Mandir at the site of the demolished Babri Masjid in Ayodhya.