Kishwar Desai | 3 plus 2 vs WFH, shops-to-homes: Getting ready for a post-Covid UK

Not everyone is prepared to come back to work in offices, but prefer to be somewhere in the country and logging in when required 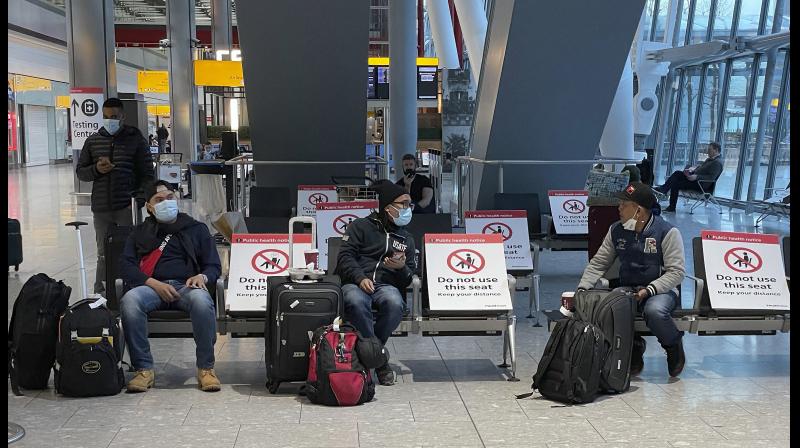 The post-Covid world isn’t here yet, but with each wave we understand how different that world will be. Representational Image. (PTI)

Well, as London opens up, it is back to restaurants, pubs, theatres and cinema halls once again. Yes, it certainly feels strange to think that one can go out as “ normal” because the problem is that there is always the spectre of another Delta variant coming back, with a vengeance. And yet, buses and tubes are running, though they are not crowded as before.

WFH has become the big bugbear of the new normal. Not everyone is prepared to come back to work in offices. They would prefer to be somewhere in the country and logging in when required. People are calculating the costs and finding that once they cut out the cost of commuting, the daily coffee, even the rent of a city home, a lot of expenses are cut down.

Now the worry is how to keep city centres alive, as the support services that had come up around offices are really finding it difficult to survive.
Thus there has been a debate whether a 3 plus 2 formula is worked out, when the employee can come in for a few days and spend the rest of the time at home. Then has this led to a row whether civil servants who work from home should get the same pay as those who are attending office.

The post-Covid world isn’t here yet, but with each wave we understand how different that world will be.

If the offices are empty so are many of the shops! Meghnad had an idea, which he shared in Parliament, that as housing was required, the surplus shops can now be turned into homes. One wonders who was listening because in some places in UK this experiment has actually taken off. Possibly the same thing will happen to the surplus offices if the employees continue to WFH. Certainly, without the usual influx of offices goers, shoppers — and even the tourists — London is much quieter than it used to be. But now that India has been put on the Amber list, we can see that things have already begun to change, as those who have work, or are coming in to study must somehow reach London.

The entertainment industry is one of the very few where we notice that there is a demand. Plays have been getting excellent reviews, and though I haven’t picked up the courage to actually sit in a theatre or cinema hall — one can see that soon the temptation will be too much! However, and quite rightly so, the revival of theatre after a long hiatus has some lighthearted shows, which includes the ever green Mary Poppins and some other musicals, such as Anything Goes. Some big names are proving to be a draw as well, such as pop star Lilly Allen acting in a new ghost story entitled guess what? 2:22: A Ghost Story. Nothing like supernatural frightfulness to divert us from the mundane woes of Covid. Surely, there has to be something worse than this!

But one of these days, I will venture into a regular cinema hall to see the excellent Benedict Cumberbatch in his new film The Courier … if for nothing else then for just being able to see something on the big screen and not on a tiny iPad! And to eat popcorn. Hmmmm. It sounds like bliss but it may be the most dangerous thing I have done in the last one year. Or maybe my entire life.

Meanwhile, the Royal family was in the news again. No wonder they make TV serials and comedy based on their lives: they are absolutely inspiring, a scriptwriter’s dream. Now the Duke of York continues to grab the headlines over the accusations made by Virginia Roberts Giuffre, when she said that he sexually abused her, because she was still a minor. The case has been registered in a federal court in New York, and Virginia claims that Prince Andrew knew she was a minor. Though the incidents took place, it is claimed 20 years ago, the case can still be filed. These allegations all link Prince Andrew to the time which he spent with the well-connected “ sex offender” Jeffrey Epstein, who killed himself in jail.

So far Prince Andrew has not responded. But one can only think of the worry Queen Elizabeth is going through. Hers has been an impeccable legacy — now somewhat in danger. His behaviour may have been acceptable in the last century — but not any more!