Opinion   Columnists  15 Oct 2020  Shruti Lakhtakia |A new mantra? Seek, and you shall find; ask, it will be given
Opinion, Columnists

Shruti Lakhtakia |A new mantra? Seek, and you shall find; ask, it will be given

Shruti Lakhtakia
The writer is a graduate of Harvard’s Kennedy School of Government and a Ph.D. student at Oxford University

The value of Question Hour, as an institution that offers the opportunity to question the government and to demand accountability is immense 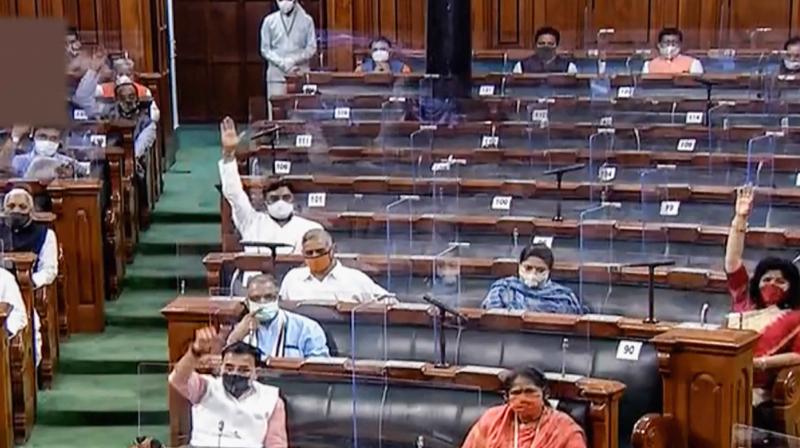 Question Hour is definitely an invaluable institution, central to democratic functioning, and must be reinstated at the earliest. But is that enough? (PTI Image)

A lot has been written about the Narendra Modi government’s move to do away with Question Hour during the recently concluded Monsoon Session of Parliament. The value of Question Hour, as an institution that offers the opportunity to question the government, to demand accountability, and to undertake scrutiny, is immense. A total of over 200,00 questions have been asked and answered by governments in the 14th, 15th and 16th Lok Sabhas, averaging more than 13,000 questions a year. Scandals have been uncovered, and several valuable resources about the functioning of the government have been made available that would have otherwise been difficult to obtain and access. Question Hour is definitely an invaluable institution, central to democratic functioning, and must be reinstated at the earliest. But is that enough?

“The answers you get depend on the questions you ask”, said American physicist and philosopher Thomas Kuhn. The scope of our questions determines the potential impact of the answers, and this is as true in politics as in research. A preliminary analysis reveals that a large share of the questions during Parliament’s Question Hour seek data that should have been systematically, regularly and easily available in the first place. This is hugely inefficient and wasteful of the limited time available for questioning, and duplicates the efforts of ministries and departments to make data available.

Two main types of questions can be taken up during Question Hour --  each day, about 20 “starred” questions are randomly selected to be answered orally, and nearly 230 “unstarred” questions receive written replies. The Rules of Procedure and Conduct of Business in the Lok Sabha lay out 23 conditions that must be satisfied for a question to be admissible in the House. Very broad questions “raising larger issues of policy” are not allowed, neither are narrow questions pertaining to the “minor details of administration and day-to-day working of the government”. Questions related to data and information are generally addressed in unstarred questions.

For example, on just one day of House business, February 11, 2020, MPs asked for information on the statewise production and consumption of fish, the number of incidents of illegal child trafficking, the total state-wise and year-wise funds released for various schemes and programmes of the ministry of panchayati raj over the past two years, and the number of rural families who shifted from Below the Poverty Line (BPL) to Above the Poverty Line (APL), and vice-versa, state and district-wise.

These are pertinent questions, central to designing and implementing relevant policies. However, it is worth considering whether such questions need to be raised in Parliament for their answers to be made available. Is that time not better spent discussing the government’s plans to implement those relevant policies or its performance on their execution and implementation? To use its time better, the government should conduct a detailed analysis looking at the kinds of data that are often requested in starred and unstarred questions, and should make arrangements to release this information in a systematic, structured, and regular manner as a part of its open data initiative, so that minimal time and effort is put into seeking this information. This will not only benefit the MPs and other policymakers, but also those working in industry, research, academia, the media and the non-profit sector.

It is possible that the facts are being sought not as inputs in data-driven policymaking, but instead for the purpose of signalling that the MPs are concerned about their constituencies in specific states, or to initiate debate and demand accountability. However, given that followups to starred questions are limited, generating such debate is quite unlikely. It is also possible that the data in question is already available, but the MPs do not have the time or resources required to obtain and compile this information. In that case, it is even more important to give systematic support for policy analysis to MPs.

Ultimately, the output of Parliament will depend upon the quality of the discussion that is undertaken within its chambers. The spirit of Question Hour, as envisioned by the Lok Sabha itself, is to be a mechanism for the government’s accountability. It is an opportunity to understand and discuss how the government is working on the ground, and to scrutinise the functioning and performance of elected representatives by other elected representatives. We can make better use of this opportunity by focusing on these activities, rather than seeking statistics that should be available and accessible in the first place. When, eventually, Question Hour returns to Parliament, this is the higher standard that we should hold it accountable to.