After the coup, future unclear: Will Bolivia head for polls?

The kind of bluster associated with Venezuela’s Hugo Chavez was seemingly alien to his nature. 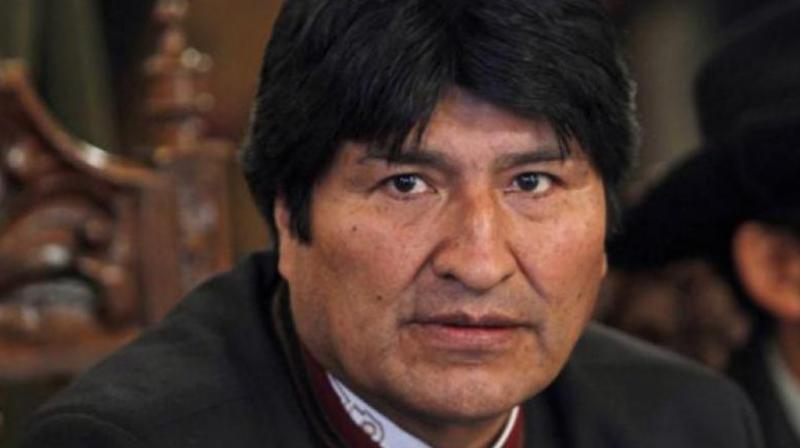 When a nation’s elected president is compelled to resign because the military chief commands him to relinquish his post, it is hardly unfair to describe it as a coup.

That’s essentially what happened in Bolivia on Sunday, when Evo Morales was forced out of office, just hours after he had agreed to a fresh presidential election following weeks of occasionally violent unrest.

The mobilisations began shortly after the October 20 presidential poll. No one seriously doubts that Morales was genuinely ahead in the vote count, but he appeared to be falling short of the 10 per cent margin required to seal victory in the first round. Then the vote count was suddenly suspended, and when it resumed the requisite advantage was in place. It certainly seems suspicious, although there is an alternative explanation — namely that the last votes to be tallied were from far-flung rural regions, where Morales’ popularity has steadily been greater than in urban areas.

Anyhow, an “audit” by the Organisation of American States  — which is funded mainly by the US, and over the decades has frequently fallen short of objectivity — revealed significant discrepancies, and it called for the vote to be annulled. Morales agreed and vowed to constitute a new electoral commission. Within hours, he was out of a job. The president had also stirred resentment by insisting on aiming for a fourth term, after marginally losing a referendum on term limits, and then persuading Bolivia’s constitutional court to rescind them altogether.

Among the leading lights of the “pink tide” that swept through much of Latin America at the turn of the century, Morales was a relatively quiet achiever. The kind of bluster associated with Venezuela’s Hugo Chavez was seemingly alien to his nature. Even his detractors acknowledge, however, that the Morales presidency has been remarkably successful in reducing both inequality and absolute poverty. The economy has ticked along smoothly, with average growth at almost five per cent since Morales first assumed power in 2006.

There has been visible development, the illiteracy rate has sharply declined, and healthcare has substantially improved. Morales led a movement of coca farmers before he became the first indigenous Bolivian to take charge in a nation two-thirds of whose citizens are “Indians”. Until 2006, they had broadly been excluded from the power structure.

It must be acknowledged, though, that in recent years some of the complaints about the Morales administration have also come from the left, especially in instances where the government seemed to be colluding with vested agricultural and industrial interests, to the detriment of the rural population and its environment. When, a few months ago, fires raged through the Bolivian countryside, much of the blame was laid at the government’s door.

It is also not completely clear whether Morales’ primary motivation for extending his tenure arose from concern that his task was unfinished, or could be attributed to a growing taste for power.

It was unclear at the time of writing how the unexpected power vacuum in Bolivia would be filled. The army showed no immediate inclination to directly assume power, which is a small mercy given Bolivia’s history of military rule, not least a half-century ago, when Che Guevara was assassinated. It is not surprising that elements in the military reacted badly when the Morales government decided to elaborately commemorate the 50th anniversary of Che’s martyrdom in Bolivia two years ago.

The vice president and head of the Senate resigned alongside Morales, and the US has recognised the deputy leader of the Senate, opposition politician Jeanine Anez, as interim president. The crucial question is what happens next? Will there be another election sooner rather than later? And will Morales, whose Movement for Socialism has majorities in both chambers of parliament, be allowed to contest?

There are echoes in this week’s developments in La Paz of events in Islamabad 42 years ago, when perceptions of electoral fraud provoked widespread unrest; and then the army struck just as negotiations between the government and the opposition reached agreement on how to proceed.

A nightmare unfolded thereafter, and Pakistan is still living with its consequences. Bolivia in 2019 will hopefully avoid such a dire fate. For the moment, though, no one can confidently predict whether the clear-cut advances of the past 13 years will be preserved. A relapse into the instability of the pre-Morales period — in which his main presidential rival this year, Carlos Mesa, was credited with a key role — would be disastrous, but cannot be ruled out.