Opinion   Columnists  16 Jan 2019  After EWS quota, only 10 per cent of India is left out
Opinion, Columnists

After EWS quota, only 10 per cent of India is left out

In comparison, the EWS quota is rather miserly, at less than 50 per cent (quota of 10 per cent for a population share of 21 per cent). 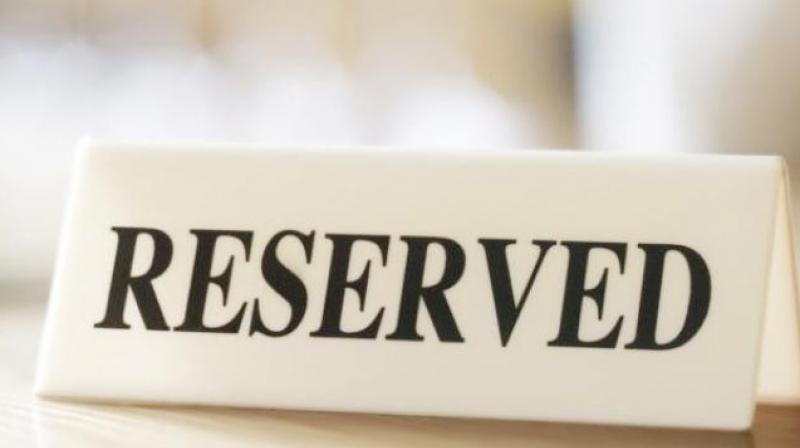 The Constitution (103rd Amendment) Act 2019, that came into force from Monday, provides for a 10 per cent additional reservation for those not eligible earlier. The Lok Sabha and the Rajya Sabha approved the bill within a week. So compelling were the provisions — an inclusive agenda for the “economically weaker sections” (EWS) and explicit exclusion of the well-off — that all parties were agreed — a rare but welcome show of national consensus. (Representational image)

Not so well-off upper caste Hindus, Muslims and Christians, who have so far not benefited from “reservations” or quotas, woke up last week to a pleasant surprise — now they had all been included!

The Constitution (103rd Amendment) Act 2019, that came into force from Monday, provides for a 10 per cent additional reservation for those not eligible earlier. The Lok Sabha and the Rajya Sabha approved the bill within a week. So compelling were the provisions — an inclusive agenda for the “economically weaker sections” (EWS) and explicit exclusion of the well-off — that all parties were agreed — a rare but welcome show of national consensus.

The constitutional basis for “special provisions”, to dilute the fundamental right of citizens to fair and equal access to education and government jobs, is entrenched educational and social backwardness and under representation in the government relative to their population share.

Three decades earlier, in 1990, Prime Minister Vishwanath Pratap Singh used the recommendations of the Mandal Commission Report 1980 to provide an additional reservation of 27 per cent for “Other Backward Classes” (OBCs). Pancaked onto the existing quotas for Scheduled Castes (SC) of 15 per cent and Scheduled Tribes of 7.5 per cent, the benefit of reservations was enlarged from covering 29 per cent of the population earlier to nearly 70 per cent of the population. A departure from the caste-based “special provisions” to class-based positive discrimination is not new. The V.S. Achutanandan-led Communist government in Kerala had implemented a 10 per cent reservation for the educationally backward class of citizens in 2008. But this has been mired in a legal challenge.

Three questions arise. First, will the implementation of the Constitution (103rd Amendment) Act be thwarted by legal challenges, reducing it to a pre-election “jumla”? Second, is the additional quota non-discriminatory and sufficiently compelling to justify further dilution of the fundamental right of citizens to equality? Third, will erosion of a “free space” of 50 per cent for access to education and government jobs on merit be regressive, induce complacency among the beneficiaries and result in greater inefficiency within the government?

First, legal challenges shall arise on multiple scores, including whether the Constitution enables encroachment of the fundamental right to equality to advance the economic progress of particular sections. The government has sought protection under Article 46 of the Directive Principles, which enjoins the State to promote the educational and the economic interests of the weaker sections. But this enabling directive is not justiciable. It is generic and not specific to the use of quotas. More substantive is the argument that social and educational backwardness derives from economic backwardness. Quotas based on economic criteria provide weaker sections, like Muslims, an opportunity to overcome societal exclusion similar to that faced by SCs, STs and OBCs.

Reservations in jobs and education are not sustainable game-changers. But as an interim measure, till the benefits of high growth trickle down, private sector jobs expand in numbers and quality and targeted public services reduce comprehensive inequality, using quotas to enable access to quality education and to government jobs — which remain islands of security, dignity and relatively high income versus agriculture or unorganised manufacturing and services — is a defensible strategy, responsive to our social and economic context.

Second, the EWS quota is fair and aligned with the existing practice. Around 31 per cent of Indians were not eligible for reservations till now. Of these 10 per cent are the “creamy layer”, 125 million people, or 25 million families, whose family income is Rs 8 lakhs or more per year; home owners; employees in the formal economy; business owners or farmers with five acres of land or more. This leaves 21 per cent of Indians as potential beneficiaries of the EWS quota. One-half of these are upper caste Hindus and the rest are Muslims or belong to other minority religions. On the principle of equity, a 10 per cent quota for around 21 per cent of the population is not unreasonable. The proportion of reservation to population for SC and ST is 75 per cent (quotas of 15 and 7.5 per cent respectively against their population shares of 20 per cent and nine per cent). For OBCs, the ratio of reservation to population is 65 per cent (a quota of 27 per cent versus 41 per cent population share).

In comparison, the EWS quota is rather miserly, at less than 50 per cent (quota of 10 per cent for a population share of 21 per cent). Had the ratio of reservation to population for OBCs been replicated, the quota would have been closer to 15 per cent.

But fear-mongering that additional reservations will result in more inefficiency in the government is misplaced. Tamil Nadu reserves 69 per cent of government jobs and educational opportunities without any visible disabilities in state-level governance, efficiency or effectiveness, relative to other states, which live within the 50 per cent cap.

More significantly, the Constitution (103rd Amendment) Act is of the greatest significance for Indian Muslims — who have gradually been left behind economically, educationally and socially. That this bold move for social and economic inclusion should have come from the BJP — not a huge beneficiary of Muslim votes — speaks to the virtues of democracy, which incentivises electoral politics to be inclusive and just.

Politically, the move is well-timed to assuage the perceived discontent of the upper castes. But further refinements are needed like the exclusion of a commonly defined “creamy layer” across all categories to deepen the intra-category positive impact. Women are also looking beyond 2019 for a 33 per cent share within each reservation category. Only then would we have utilised the full potential of the reservation policy for effecting social and economic development.