Brexit’s ‘unicorns’ and the idiocies, fantasies, myths they spawn

The British satirical press has played the entertaining game of counting unicorns or mentions of them in Parliament. 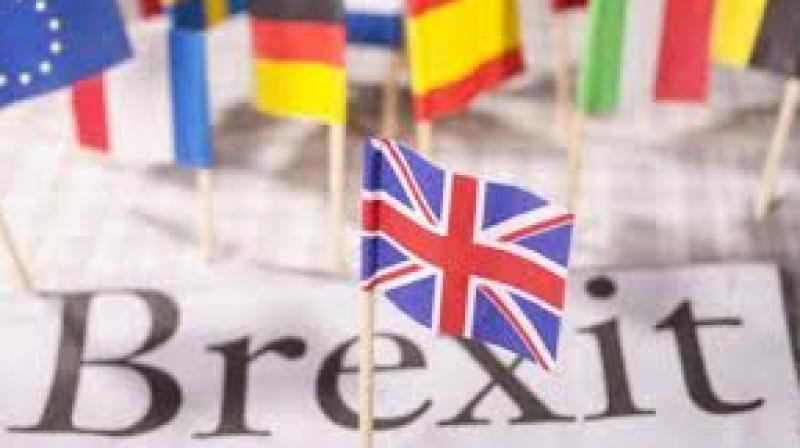 As the Brexit debate, which has breached British sense and sensibilities, not to mention pride and prejudices, progresses, the unicorns multiply.

“A Parsi named Saam from Kolaba
Opened a north Indiandhaba
Serving tandoori naans
And exoticpaans
And even Kashmiri Gushtaba.

Other Parsis were all in a fury
They appealed to a panchayat jury
‘What’s wrong with this Saam
Aprikom noo badnaam
Why not Sali-ma-gos and akoori?’”
From Mhamma Bola Biskit Lao, by Bachchoo

The British Parliament, coiled in the impossibilities, cul-de-sacs and the verbal barbed wires of Brexit, has coined a new metaphor. Members, primarily those against leaving the European Union, refer to the plans and projections of the Brexiteers as “unicorns”.

This metaphor for fantasy appears in parliamentary debates and in articles in the press characterising the Brexiteer’s projections of prosperous partnerships with India, China and the United States when Britain leaves the European Union as a myth.

The British satirical press has played the entertaining game of counting unicorns or mentions of them in Parliament.

The metaphor aptly sums up the flat-earth fantasy outfits, who claim to be representing a socialist or Marxist view and advocate a Britain outside the EU in order to form a front of countries which will then battle the United States. Barricades in the Atlantic, the Pacific and, of course, the US-Mexico wall?

This is the fantasywallahs’ mammoth unicorn. Which are these countries who will form this universal socialist front? Vladimir Putin’s Russia? Libya? Maduro’s Venezuela, the Ayatollah-Socialist Iran, ISIS…?

As the Brexit debate, which has breached British sense and sensibilities, not to mention pride and prejudices, progresses, the unicorns multiply. What does one call a collection of them? There are flocks of sheep and prides of lions, so should we call them “foams” of unicorns?

The idiocies of Brexit, gentle reader, are not the concern of this column. Neither Theresa May or anyone, least of all myself, knows what the outcome of this Brexit nonsense will be.

More interesting is the origin of the unicorn metaphor. These British MPs have assumed that it’s a mythical creature, a fantasy, a way of ridiculing their opponents’ opinions and projections.

The assumption that the unicorn is a mythical and therefore non-existent creature is possibly, gentle reader, nothing more than Western, racist conceit. This fake attribution, as Donald Trump might call it if he understood words of more than three syllables, is equivalent to the claim that Europeans invented the medical techniques of organ transplants. Bloody cheek!

No less than our own Prime Minister, Narendraji, quoting the placing of an elephant’s head on Ganesh after his own was lopped off, has said that it proves that we Indians were cognisant of the techniques of organ transplant long before Europe blundered upon them.

Obviously, Narendraji, being busy with governing the country, neglected to say that he didn’t mean that Indian human medicos fixed Ganesh’s head on his neck. It was done in Swarg and it was the gods and not human veds who carried out this pioneering transplant!

But getting down to earth, the first known images of unicorns in this wide and occasionally, or regularly, sad world is found on the seals of the Indus Valley Civilisation sites.

The Greek historian Ctesias records the find of the portrayal of a unicorn on a relief sculpture in Persepolis, the capital of the Zoroastrian Achaemenid dynasty.

There we are! Unicorns being familiarly portrayed from Persia, across what is now Balochistan, to the Indus! Are there any equivalent portrayals of the extinct dodo?

Animal species live and pass. No magical powers are attributed to Tyrannosaurus Rex or the other dinosaurs from whose remains we reconstruct the creatures and life of the past millions of years of our blessed, fertile and threatened earth.

Contemporary paleontologists have reconstructed the forms and bodies of all sorts of creatures, from dinosaurs to the tiniest microbes. Unicorns are not among these and consequently the one-horned horse has been declared a mythical creature. This may be so. But then why did the Dravidians of the Indus Valley Civilisation and the Zoroastrians of Persepolis depict them as living creatures?

One possibility, merey yaaron, is that the horns of these creatures, made of a substance called Alicorn, were precious as they had medicinal, aphrodisiacal and hallucinatory, even magical qualities. They were the penicillin, Viagra and LSD of the day and so whenever a unicorn died, its horn was chopped off and crushed and snorted or swallowed and everyone was happy. This left a horsy skeleton without a horn which drew no curiosity from paleontologists.

I mention this as a distinct possibility, but still, if we follow the wise and honourable members of the British Parliament in characterising the unicorn as the metaphoric embodiment of fantasy, the arguments around Brexit become clearer.

Is Britain, with its little island mentality harking back to their era of colonial dominance, going to prosper in the fiercely competitive contemporary world? The leadership of both the main parties are promising such prosperity. Prime Minister Theresa May, in conflict with the MPs of her own party, is reaching out to the Labour Opposition by promising legislation to enhance the rights and prosperity of the working classes. Jeremy Corbyn, the Labour Party leader, rode a storm of popularity when he promised taxing the rich and nationalising the railways and energy supplying companies.

Now both Ms May and Mr Corbyn are pushing for Brexit, which the Bank of England, the business conglomerates and others who looks into the crystal ball of the economic future say will spell disaster. Neither of them or their parties will have budgets to do anything they promise. Capitalist production companies are already leaving the UK, so any post-Brexit government will spend what money it can collect in taxes on paying out social welfare to avoid riots.

So why this lemming-like determination on their part? I can only assume that both Theresa and Jeremy must have a secret supply of powdered unicorn horn which can be used by the National Health Service when medicines run out and which can be distributed to the unemployed millions with magic and Viagral boosts to distract them from their hunger.