At the heart of the issue is the unwarranted interference in the independence of these institutions and forces. 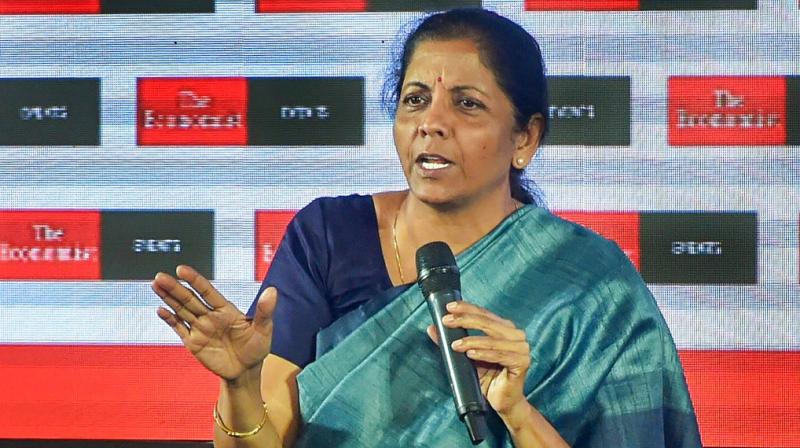 The movies have a profound influence on the lingua franca of the moment, and post-Uri conversations are now routinely peppered with “How’s the Josh?” The quintessential soldier’s bravado has curried favour and expression by none other than defence minister Nirmala Sitharaman herself, who insisted on its immediate invocation after a screening of Uri at a movie hall, as indeed to a state chief minister who poked a mocking pun at his political opponent by asking “How’s the Khauf (fear)?”

The entire country appears to be in the throes of celebrating the feats of real-life heroes who wear the “uniform”. The emotional traction for the “uniform” has propelled the film, Uri, made on a relatively modest budget, to spiral into a superhit stratosphere, confirming the rock-solid imagery of the Indian soldier in the public imagination. Yet, not all “uniforms” are publicly perceived in the same way or draw the same conclusions — the concurrent optics of the wholly avoidable slugfest between the Kolkata Police and the sleuths of the Central Bureau of Investigation posited a very different narrative that is afforded on another set of “uniforms”.

The two basic sets of “uniform” that define the Indian security framework are those of the ostensibly externally-facing Indian Armed Forces (Army, Navy, Air Force) and those of the internally-facing policing services, (including various state police forces, specialised policing agencies like the IB and the CBI, and the Central armed police forces like the BSF, CRPF, ITBP, and so on). Even though the operational realm is clearly defined, it’s getting increasingly diffused, with the Army requisitioned more and more for tackling multiple internal insurgencies and civic breakdowns — the flow of morphed responsibilities is essentially unidirectional. The supposedly external-facing elements of the armed forces are additionally getting burdened with maintaining peace and security in the hinterland, owing to sub-optimal performance of the internal-facing policing services.

The phenomenon of the Indian Army conducting “flag marches” are visible well beyond the conflict zones of Jammu and Kashmir and the Northeast, and can be seen in places like Muzaffarnagar, Saharanpur and even Panchkula. The blunt efficacy and professional presence of an Army column stands in sharp contrast to the invariable meltdown of a police posse that disintegrates in high-pressure situations due to lack of leadership, training and ethos that are necessary to address the situational crisis. The internal engagement of the armed forces were traditionally limited and specific, after which it reverted back to its “barracks”, whereas the societal engagement of police forces are by design more integrated and embedded in the daily life of the citizenry. The “barrackised” isolation of the armed forces affords it some insulation from the larger societal morass that afflict civil society. Thus, it is this fear of extended civilian commitments, their intrusion into the cantonments and the politicisation of the armed forces that is a matter of rising concern, as it can damage the apolitical ethos, regimented discipline and kinetic abilities of the armed forces.

Unfortunately the recent political drama and the one-upmanship between the Centre and the West Bengal government at the Kolkata police commissioner’s residence, which had the makings of compromising the federal structure, had yet another unaccounted casualty — the further diminishing of the trust, credibility and independence of the “uniform” worn by the internally-facing policing services, be it the state police or the specialised agencies. Amid the fierce political accusations and counter-accusations, followed by concurrent claims of a “moral victory” by both the sparring parties after the Supreme Court’s clarifications, the sad picture of brooding, pliant and confused members of the police fraternity, as virtual accompaniments and props in the ensuing drama, completed the picture of disillusionment for this set of “uniforms”. This was not an isolated incident, as the CBI has been in the news of late over the very public spat between its top two functionaries, who were unfortunately backed by two rival political forces, in a clearly partisan manner that exposed the complete politicisation of the institution and its obvious aftermath. Beyond the political theatrics and the brownie points scorecard, it is irretrievable damage and compromise to the image of these institutions that is at stake. There have been multiple enquiries and heaps of police reform committee reports that continue to gather dust, as these institutions suffer the downward slide in performance and perception.

At the heart of the issue is the unwarranted interference in the independence of these institutions and forces. All political parties, without exception, both at the Centre and in the states, have tinkered with the authority, operations and directions of these forces and institutions — the laundry list of “suspects” under enquiry is usually an exclusive set of Opposition leaders that gives away the inherent biases, misuse and leverage of these institutions towards political objectives. This relative absence of the “political” presence, instinct and interest in the Indian armed forces is singularly responsible for the difference in the conduct of the two “uniforms” — unfortunately, recent trends suggest the creeping infusion of these very insidious and subliminal political instincts and interests even into the armed forces that have already played havoc with the police forces. Therefore, this political and tactical appropriation and showcasing of the “Indian soldier” is a double-edged sword that needs to be shunned in order that the armed forces retain their professional sharpness and political agnosticism. Certainly, the proximity of the police forces and their affiliated institutions with politicians have benefited them in terms of the service conditions that they enjoy, as opposed to the more “distant” members of the armed forces who remain essentially “voiceless” in the corridors of power — but the impact on their professional abilities and public perception is also starkly different. To avoid a Kolkata-like situation, the umbilical cord of political interest and these institutions needs to be snapped, as also to ensure no such situation develops with the armed forces. The same soldier can wear the two different “uniforms” and elicit two very different perceptions — the essential difference springs from the relative distance of any “uniform” to the dhoti-wala, as it were.