Young, female, articulate: The tribe taking up the Left baton

That remains extremely unlikely, but no one can seriously claim that they haven’t made a difference. 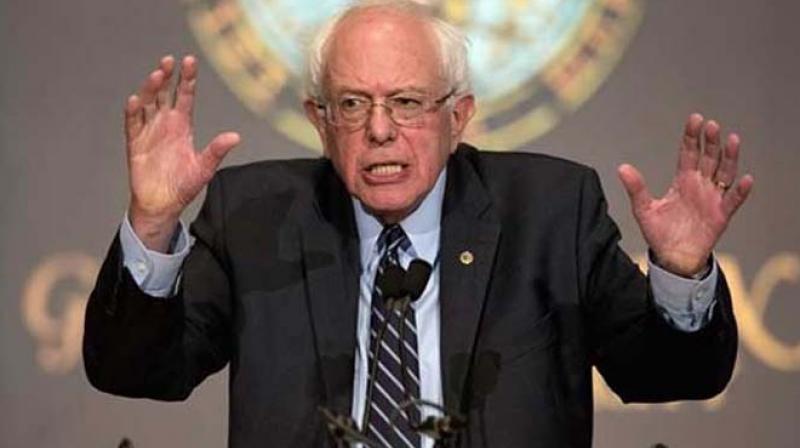 It’s almost four years since I contributed a column titled “Two old men against the grain”, celebrating the advent of Jeremy Corbyn and Bernie Sanders on the international political firmament. It’s gratifying to see that they are both still hanging on in there, sporadically beleaguered but broadly unbowed.

It is remarkable, indeed almost miraculous, that Corbyn is still the leader of the British Labour Party, notwithstanding a number of misguided efforts to oust him, including targeting him for his ostensible anti-Semitism. Sanders, the only prominent Jewish candidate for presidential nomination in 2016, was also the only one among his peers to openly criticise Israeli actions. It was his “democratic socialist” socioeconomic agenda, though, that attracted the enthusiastic backing of millions of young Americans, and had the Democratic Party hierarchy not gone out of its way to back Hillary Clinton, it is not inconceivable that Donald Trump would have had a tougher fight on his hands in the key battleground states. In the period following Trump’s inauguration, for a while it seemed as if Sanders was the effective leader of the opposition, loudly calling out each egregious violation of common sense and democratic decency, and articulating clear-cut alternatives. He continues to do so as a candidate for next year’s presidential nomination, and was the leading fundraiser until Joe Biden stepped in as a votary of the neoliberal status quo ante that all too many voters rejected in 2016. Among Sanders’ closest allies in Congress are a pair of remarkable young women who beat the odds to be elected to the US House of Representatives late last year.

Alexandria Ocasio-Cortez and Ilhan Omar are outspoken and unpretentious, clearly more resolute than more experienced colleagues in their strident opposition to all that Trump stands for, and forensic in their examination of those obliged to testify before congressional committees. Omar, for instance, took no prisoners when she encountered Elliott Abrams, the experienced death squad sponsor appointed by Trump as special representative for Venezuela. And Ocasio-Cortez was relentless in her questioning of Trump’s former lawyer Michael Cohen, obliging him, whenever he claimed to be ignorant of a particular sphere of Trump’s affairs, to name others who may have the answers.

Omar, a Somali refugee who was one of two Muslims elected to Congress, and the only one to favour a hijab, attracted the wrath of the Israel lobby by tweeting criticism of the American Israel Public Affairs Committee. She had merely made the obvious point that legislators are influenced by its funding. Apparently any association between Jews and money is an anti-Semitic trope, even though some Jews are extremely rich (and many others are not), and lobbyists in Washington (and elsewhere) routinely plough cash into their campaigns. As AIPAC did shortly afterwards by funding anti-Sanders advertisements.

Omar subsequently endured a backlash from Trump himself — and a spike in far-right death threats that are almost routine for her, Ocasio-Cortez and the older but almost equally militant Rashida Tlaib — by suggesting that 9/11 was a poor excuse for discrimination against Muslims. African-American women, including the redoubtable veteran activist Angela Davis, rallied to support her.

It would be a game-changer in terms of Western political consciousness were Corbyn and Sanders to end up respectively in No 10 Downing Street and the White House, particularly if it happened more or less simultaneously. That remains extremely unlikely, but no one can seriously claim that they haven’t made a difference. And the baton is being passed on, in a manner of speaking, to strikingly articulate young women.

This aspect may be less obvious in the UK, even though the Labour Party’s parliamentary ranks boast far greater female representation than those of the ruling Conservative Party, but Corbyn was lately sufficiently enthused by teenage Swedish activist Greta Thunberg’s foray into Britain to persuade parliament to declare a climate emergency.

That may be just a symbolic measure, but the schoolgirl, undaunted by the task she has taken on, has inspired peers across Europe as well as in other parts to take up cudgels on behalf of the world they will inherit. I, for one, shall rest relatively easy if the contours of the future are inspired by the thought processes and relentless activism of Thunberg, Ocasio-Cortez, Omar, Pakistan’s precious Malala Yousafzai, Palestine’s Ahed Tamimi, Chile’s Camila Vallejo and others of their ilk. May their tribe prosper and multiply.