In itself and on paper, the stimulus package looked good -- at least in the way it was “marketed”. But did it make much sense? 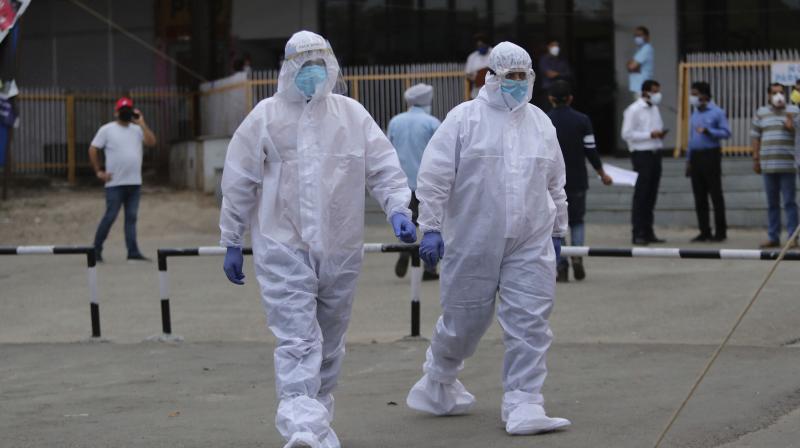 The minute our beloved (and very loquacious) Prime Minister announces his intention to address the nation at prime time, citizens hold their collective breaths… Oh God! What’s coming our way this time? Or is it going to be the standard placebo – you know, thaalis and diyas, petals and flypasts? Leaving the “gaalis” to us? Since we are done with those, I for one was expecting a lockdown extension, given the rising numbers and the overall grimness of a health caresystem at breaking point -- and sure enough, 4.0 is now in place. But more than any of this, it is the manner in which the stimulus package was delivered by the PM that got to most citizens. I mean… did he imagine he was at a Hindi Sammelan? Does he not know that millions of Indians do not understand Hindi? Could he not have sent a short, crisp email to the nation outlining his grandiose (but bewildering) Rs 20 lakh crore package? Before you ask, there are 13 zeroes in that impressive number which represents 10 per cent of India’s GDP. And yes -- why don’t we stop this “lakhs and crores” computation which nobody, but nobody, in the rest of the world seems to understand? Why can’t we switch to the universal system?

In itself and on paper, the stimulus package looked good -- at least in the way it was “marketed”. But did it make much sense? The Prime Minister did not bother to get into details -- so busy was he recycling Indira Gandhi’s old speeches in which she had focused on self-reliance and more self-reliance. Mr Modi himself had borrowed that thought when he launched his “Make in India” slogan. How different is the newly-coined “atma whatever” scheme? I kept thinking of atmahatya throughout the speech -- not because of any morbid urge to commit suicide, but out of sheer frustration. Most viewers were gobsmacked with the not-so-clever word play, for which Modi Saab has become a little notorious. The thing is, he ain’t an Atalji. India’s former Prime Minister Atal Behari Vajpayee could create a web of magic with the poetic power of his abundant vocabulary. He was learned. A true scholar. A poet. Different leaders, different skill sets -- so what? So here we were trying to wrap our heads around “The Speech”. Even before the Prime Minister could conclude it, there were jokes and memes flying around. Most of those were about the “Vocal for Local” advice. Even an average junior copywriter would have thrown out that line and replaced it with a better constructed one. But our Great Leader loves the sound of his own voice, which he has now taken to modulating in such a highly theatrical manner that it reminds some of us of those far-off Bollywood auditions, with desperate to be cast actors reciting mugged up dialogues in that same stilted manner. Jisey hum “overacting” kehtey hain.

Forget the hamming for a moment -- did we get it wrong when we thought he had left all the hard work of decoding the package to his loyal finance minister? Had he really told the MNCs to take a walk with all the vocal-local rhetoric?

Nirmala Sitharaman tried valiantly to simplify the stats and not make the whole bloody thing so non-comprehensible. Poor lady -- she’s always stuck with the delivering the not-so-terrific news. At the moment, economists of varying competence and political loyalties are trying their damndest to deconstruct what’s on offer. But the saddest part of the Prime Minister’s address was the low or rather zero priority given to what is being described worldwide as “India’s shame” -- the migrants-on-the-move issue. While a staggering 50 million of our hardworking people are on the road (it has been described as the biggest migration of humans in this part of the world, since the 1947 Partition, which clocked 10 million), and we have been heartbroken by the images on our screens of India’s most marginalised segment trudging home -- a home that could be over 1,000 km away. So many have died on the way. So many others have collapsed out of dehydration, while starvation stares them in the face. Despite the enormity of that tragedy, our Prime Minister did not give them the respect and urgent reassurance they deserve at this critical juncture. Agreed, it’s going to take some time to figure out a way to address what looks like an insurmountable situation at the moment. How we mobilise our resources and help our workers reach home safely will determine India’s marksheet when the Covid-19 crisis finally starts to recede -- whenever (and if) that happens.

Till such time, Lockdown 4.0 is upon us, and with a few key rules relaxed. In Mumbai, the liquor shops stayed open for 48 short hours before shutting again because of unruly crowds flouting social distancing rules. The desperation led to thieves climbing up pretty tall trees outside the compound walls of a posh club, and risking their lives to break into the club bar to steal the beer! That’s the spirit! Desperate times call for desperate measures -- given soaring temperatures and a collective low morale, a chilled beer is definitely the answer we all seek. Since any other “solution” seems like that Rs 20 lakh crore mirage. It took the 53-year-old Rajiv Bajaj (MD of the Rs 280 billion Bajaj Group) to spell it out bluntly when he described the stimulus package as “piecemeal and erratic”. For a city like Mumbai, where dhanda is the main religion, the lack of commercial activity is leading to widespread discontent. If the economy does not open up soon (as the business community is hoping and praying), we might see more thirsty folks scaling walls and breaking into bars to grab a Corona. Ooops… what did I just say? Chill, guys. If we cannot joke about the virus, you can be sure it’s the virus that is winning. Laughter, as they say, is the best medicine.