Opinion   Columnists  16 Aug 2018  The death of a dictator
Opinion, Columnists

The death of a dictator

The tall tales could usually be dismissed out of hand. 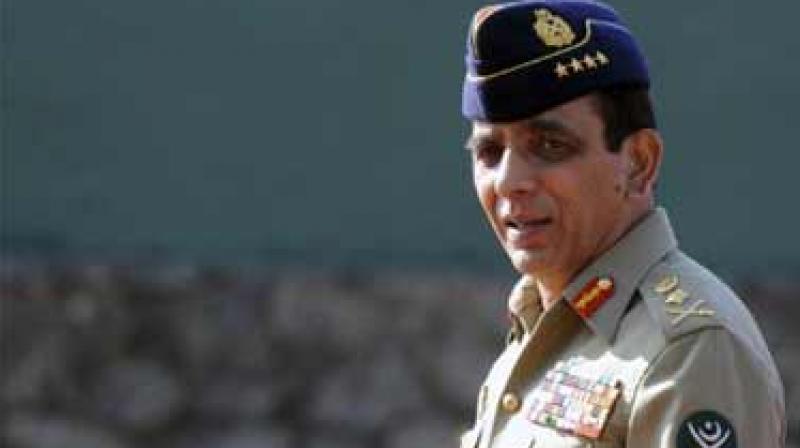 Working in a Dubai newsroom, one was accustomed to receiving bizarre phone calls on Thursday nights. It was the beginning of the weekend, and in the pre-Internet era there were invariably a few expats who got their kicks by calling up newspaper offices to propagate rumours.

The tall tales could usually be dismissed out of hand. One night, for instance, there was a coordinated effort — presumably by drinking buddies — to create the impression that an alien invasion of Al Garhoud area, in the vicinity of the airport, was under way. More commonly, though, the rumours related to some dire misfortune befalling well-known personalities from the world of politics or entertainment in the subcontinent.

August 17 was a Wednesday in 1988, but it was easy to fob off initial calls about the unscheduled departure of a head of state with the information that no such reports had been received. But the phone calls kept coming, and then the alert bells on the international news agency teleprinters started ringing in unison.

I leapt out of my chair to have a look and there it was in black and white: an aircraft carrying Gen. Zia-ul Haq had gone missing. Soon enough there was confirmation that it had exploded in midair.

It was almost miraculous. A pall that seemed permanent had suddenly been lifted from Pakistan. The future, however uncertain, seemed full of possibilities that hadn’t existed just moments earlier. Just a couple of months earlier, Zia had terminated the fatuous “civilian administration” experiment that he had inaugurated a few years earlier. There was no effort to sustain even the myth of a transition to democracy, which had suffered its first blow when the military dictator went back on his original vow in 1977 to hold fresh elections within 90 days.

In that sense, in the run-up to August 1988, the situation seemed as bleak as it did 11 years earlier, following the overthrow of Pakistan’s first popularly elected government and, less than two years later, the judicial execution of Zulfikar Ali Bhutto. The latter cannot entirely be exonerated of the charge of unleashing the monster who followed, but the blame is inevitably mitigated by Bhutto’s dreadful fate.

His pandering to the mullahs in the final phase of his administration nonetheless facilitated the obscurantism that followed. It’s crucial to remember, though, that Zia struck right after marathon negotiations between the government and the Opposition had yielded a deal aimed at moving forward from the contested election results of 1977 and the violent unrest in their wake.

Zia’s martial law wasn’t the first the nation had experienced, but it was unprecedented in its fundamentalist ferocity. And Pakistan’s role in the US and Saudi-sponsored Afghan jihad ushered in not only the heroin and Kalashnikov blight but also, in due course, the Taliban phenomenon on both sides of the border.

Afghanistan remains in a state of war three decades after the Soviet Union ended its disastrously misguided military involvement in that country, and Pakistan remains in a state of disarray 30 years after the dictator met his doom. Coincidentally or otherwise, the vice-chief of army staff had flown back on a different plane from Bahawalpur, where Zia had attended a tank demonstration alongside the top military brass as well as US ambassador Arnold Raphel. The latter was a passenger on the ill-fated flight, as was the chairman of the Pakistani military’s joint chiefs of staff committee, Gen. Akhtar Abdul Rahman, who in his previous capacity as head of ISI coordinated the Afghan jihad.

On that day in 1988, however, Zia’s unexpected exit took precedence. The euphoria gathered strength from Aslam Beg’s indication that elections and a return to democracy would follow. Perhaps we should have known better. The national polity, and indeed the fabric of society, had lived with a khaki stain since 1958. It acquired a religious tint in 1977 and arguably turned into an indelible taint.

For a number of years, Mian Nawaz Sharif turned up regularly to mark the death anniversary of his mentor, and the deep state did its best to facilitate his political ascendancy in 1988, but was more successful two years later. Nawaz eventually fell foul of the military hierarchy and today languishes in prison, while the cricketer who once upon a time answered Zia’s call to return to the national side stands on the cusp of captaining the country.

He is the repository of innumerable hopes, much as Benazir Bhutto was 30 years ago. But the khaki stain remains, with no clear indication of what it will take to wash it out. The sense of liberation from a particularly vile form of tyranny experienced on August 17, 1988, may ultimately have proved to be delusional. But for many it will linger on as a pleasant memory, hinting at unfulfilled possibilities.