Opinion   Columnists  16 Aug 2021  Aakar Patel | What India will we leave for future generations? Some thoughts on I-Day
Opinion, Columnists

Aakar Patel | What India will we leave for future generations? Some thoughts on I-Day

The people are useful for the State as they give it legitimacy, but they are also seen as a nuisance that gets in the way of government 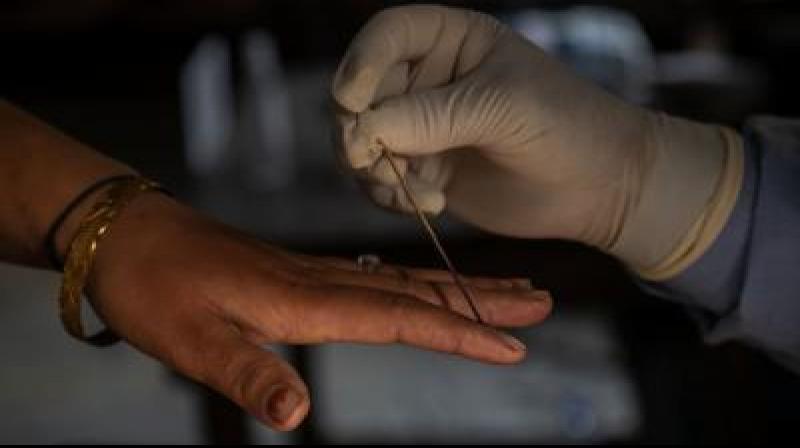 Those parties for whom Indians voted but are not part of government are treated with disdain, as if their voters are irrelevant. Representational Image. (AP)

India’s government leads the celebrations for two national holidays. One is Independence Day, which we marked on Sunday, 15 August. The second is Republic Day, which is January 26. On the first we mark the passing of the British Raj and the transfer of power to Indians. This was not absolute, and the titular head of state remained the British sovereign, represented in India through his governor-general, and for the next two and a half years India was a self-governing “dominion”, like Canada and Australia remain today. For 10 months after August 15, 1947, Lord Mountbatten, the last Viceroy, stayed as governor-general. In this time, the Congress began integrating the princely states into the Union, often with Mountbatten’s help. Some states were more complicated than others. Jodhpur’s ruler Hanwant Singh wanted to join Pakistan and Hyderabad’s Nizam Osman Ali Khan wanted to remain independent. Mountbatten nudged these individuals towards India, which was useful for the Congress as it began the hard task of integration. The task was hard as many princely states said that their agreement with the Raj stood cancelled the moment the British withdrew.

Independence Day is seen as a cut-off point, but in many ways it wasn’t. The British transferred significant power to Indians through the few decades before 1947. It was already clear by the late 1930s that Britain would leave India at some point in the near future. The people who would lead India after Independence — Nehru, Patel and the rest — all had experience in legislatures as the British allowed limited power-sharing. The Indian Army was, of course, entirely British in its raising and creation. The British had also fallen on hard times, especially with the Second World War, where it had a limited role. Managing India in these circumstances was quite difficult. As we have seen even in 2021, our “Atma Nirbhar” government runs large deficits which must be financed through borrowing. Lastly, Winston Churchill and US President Franklin D. Roosevelt signed a document called the Atlantic Charter in 1941, which committed them to decolonising the world after Hitler was defeated, giving all people the right to self-determination.

For these reasons, August 15 was inevitable, and while we use the words “freedom at midnight”, indicating that the event happened in a moment, it was really a longer timeframe. This is the background we need for a fuller understanding of August 15 and its meaning.

The second holiday the government leads us through is Republic Day. This is when the Constitution of India, which began being written before Independence (because the British allowed it) formally came into force in 1950. On that day we celebrate India as a republic. What does that mean? It means a form of government where ultimate power is held by the people. It’s the Indian people who are sovereign, not any individual. It’s their government through their representatives. Republic Day is thus a celebration of the Constitution, the document which says Indians are sovereign. The question is: Are we? The answer is no.

The sovereign in India is really the State: the government and all the apparatus it controls. It’s not the people. The people are useful for the State as they give it legitimacy, but they are also seen as a nuisance that gets in the way of government. It’s for this reason the Constitution has been severely undermined over the years. It’s true this has happened under all governments but it’s equally true this has particularly accelerated under the present one. This has happened in three ways. First, through the attack on fundamental rights. Though these are constitutionally guaranteed, the rights to equality, freedom of expression, occupation, religion, movement, assembly and association and the right to life and liberty do not exist in India in any meaningful way. This isn’t the place to go into why and how but ask a constitutional scholar and they will agree with what I have said. I have discussed this at length in my last book Our Hindu Rashtra. The second attack has been through the misuse of the State and ensuring that those who violate the law but are on the side of the ruling party are not punished or prosecuted. They include legislators and ministers, like Anurag Thakur and Kapil Mishra. A judge ordered FIRs filed against them, but he was transferred out the same night and the FIRs not filed. That sort of thing is common now in India. The third thing has to do with Parliament. Those parties for whom Indians voted but are not part of government are treated with disdain, as if their voters are irrelevant. The government has made much of these parties creating a nuisance in Parli-ament. However, the problem is that the violation of parliamentary rules was started by the government. The passing of the farm laws without a vote in the Rajya Sabha was clearly unconstitutional. All this leads us to the question: how much of a republic are we? And if we are not especially republican seven decades after Independence, what does the future hold? These are things we have to consider as a nation. Independence Day is meant to unite us as a nation across parties because it marks our victory over outsiders who did not consider themselves to be Indian. Having observed Independence Day, now is a good moment to reflect on what we have done with the power we acquired three quarters of a century ago and what we are leaving for the generations to come after us.