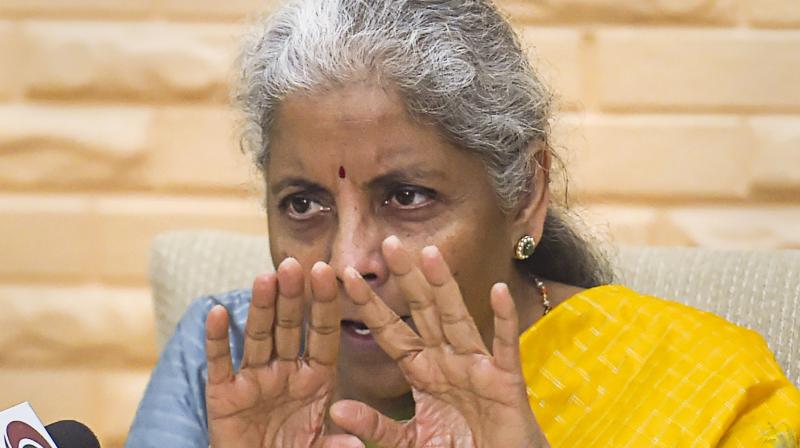 Union finance minister Nirmala Sitharaman threw a rhetorical question at India Inc recently asking them why they were so afraid to invest in India while everyone else in the world was looking towards India. She exhorted them by saying that like Hanuman, India Inc does not know its own strength. And she made it evident that the government’s policies have been private sector-friendly through measures like the Productivity Linked Incentives (PLIs). She also said that no policy measure is final, and that it will be tweaked according to the changing situation. It would have been much better, though, if Ms Sitharaman had directed the question to herself, her ministry and her government. She should have conferred with her colleagues in her ministry and with her leader about the lack of interest from the private sector, and the reasons for that. She might have discovered useful data on what was causing the problem.

Perhaps the finance minister does not understand the downside of the demographic dividend. We have too many young people who do not have the matching skills for the jobs that are in demand, either in the IT sector or in the financial sector. Jobs in these sectors are going abegging due to the lack of a qualified workforce. And despite the growth in private engineering colleges and in computer courses in the universities, the students who are churned out of these courses don’t seem to be qualified enough. The broad-visioned New Education Policy (NEP) does not address the immediate needs of the economy, perhaps rightly so.

But someone somewhere must attend to the specific problems of education and employment. There is then a need to stop boasting about the demographic dividend, which has been bandied about by educated and semi-educated politicians and the chattering classes and look at the quality of the education that is being doled out from our colleges and universities. The lazy answer that is offered by half-baked experts in the field is that we should allow foreign universities and foreign institutions to set up campuses in the country, a solution that has been adopted by a country like Singapore. In a majority of cases, the private colleges and private universities are a scandal in this country. The government must go back to the Yash Pal Committee report and speedily implement its recommendations for what they are worth.

But unless you have your own institutions which offer the highest standards of education, you cannot create a qualified workforce for an expanding economy like that of India. The fact has been bemoaned that there are not many universities in India that make it to world rankings. In a modern economy, it is the higher educational levels of the working force that drives growth. One of the big advantages that countries like the United States enjoy is that it absorbs a qualified work force through its liberal immigration policy. More than a decade ago it was noticed that India lacked civil engineers for its infrastructural projects, and companies like Larsen and Toubro had to bring in retired civil engineers from abroad. Though Prime Minister Narendra Modi has been talking from 2014 onwards of the importance of Start-Up India, Make in India and Skilling India, it looks like nothing substantial has been achieved on these fronts. It is not an easy task to achieve, and it is a long haul indeed.

The Narendra Modi government was hoping that by laying emphasis on indigenous defence production, the manufacturing sector would get a booster shot. But there are limitations to the generation of employment in defence production. India must become an exporter in a big way to be able to generate that level of employment, and India’s defence research and development has not attained the breaking-edge excellence.

The prickly issue in improving the manufacturing sector is that of India’s labour laws. It requires fair-mindedness on all sides to settle any issue. The private sector would like a hire-and-fire policy, that makes it easier for India Inc to take risks. But the hire-and-fire concept works best in an economy where there are many jobs, and if someone loses a job in one place can easily get another. That is how fluidity in the job market keeps a growing economy going. India’s economy, despite its large size, does not have flexibilities of many kinds. New enterprises can only be set up when it is accepted that many of them will not work and will be closed. The cushioning to absorb losses is not there in the Indian private sector and in the banking sector. It’s an issue which analysts simply don’t want to look at.

In states like Uttar Pradesh, the issue of low educational levels of most of the workforce and the social instability caused by Hindu communalists is a disincentive to India Inc to set up new projects. This is an issue over which finance minister Nirmala Sitharaman has little control, and it is unfair to expect that she should acknowledge the problem. The government and the political party of which she is a member believes in playing the Hindu-Muslim card for electoral purposes. The atmosphere of social tension that this communal stance creates is not conducive for the private sector to set up new enterprises. This negative communal atmosphere is actually hanging like a cloud over the whole of India.