The current chief secretary is 1986-batch IAS officer Pankaj Kumar, who was brought in after Anil Mukim retired in September this year 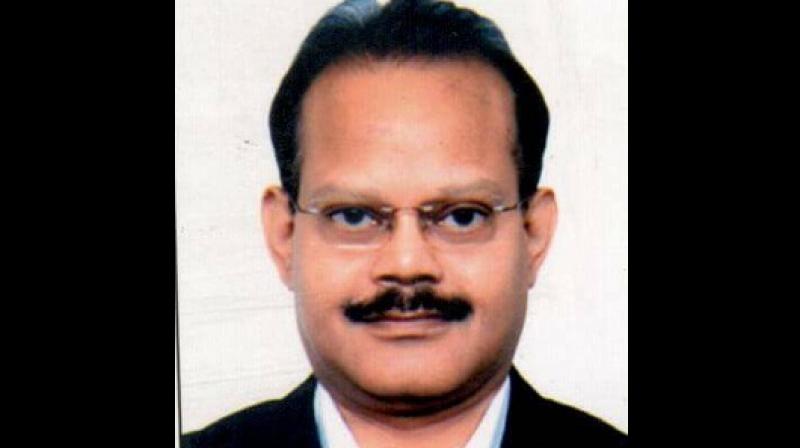 The view is that Mr Kumar will have ample time to get a grip on the state administration before the elections. (Twitter)

The premature repatriation of secretary, defence production, Raj Kumar to his parent Gujarat cadre was reportedly at the behest of the state chief minister Bhupendrabhai Patel. But the buzz is that the 1987-batch IAS officer has been recalled perhaps for a higher calling. It is being whispered that Mr Kumar may be made chief secretary of the state that is headed for Assembly elections late next year. The current chief secretary is 1986-batch IAS officer Pankaj Kumar, who was brought in after Anil Mukim retired in September this year. The view is that Mr Kumar will have ample time to get a grip on the state administration before the elections.

Since Mr Kumar will be in service until 2025, sources say, even if he is inducted as chief secretary in the state until next year’s Assembly elections or even the Lok Sabha elections in 2024, he will still have time to make a comeback to the Centre as Union secretary. That’s long-term planning for you, Gujarat-style!

The Kerala government has suspended chief wildlife warden and Indian Forest Service (IFoS) officer Bennichen Thomas for granting permission to Tamil Nadu state for cutting 15 trees growing in the vicinity of the Mullaperiyar dam, which has been in the news lately. Mr Thomas reportedly acted against the stated stand of the Pinarayi Vijayan government on the sensitive issue.

Sources say that Tamil Nadu has repeatedly approached the Kerala government for cutting the trees, which would allow it to reinforce the small dam before raising the water level in the big Mullaperiyar Dam. While the request was repeatedly rejected, this time it was accepted, though the Kerala government’s stance has not changed. It wants a new dam in place of the 125-year-old dam instead of repairing it.

Turns out that the decision to allow cutting of the trees was taken at a meeting headed by additional chief secretary T.K. Jose. Mr Thomas handed over a copy of the letter permitting Tamil Nadu to cut the trees. While now ministers and higher officials have been feigning ignorance about Mr Thomas’ order, there are sufficient indicators that many senior officials and other forest department officials were aware of the order issued by Mr Thomas.

The big question is, how did an important government order be issued by one officer alone without the concurrence of the minister concerned and other senior members of the state Cabinet?

Rude shocks are not part of the usually smooth and rarely derailed Indian Railway’s playbook. So the sudden despatch of Railway Board member (traction and rolling stock) Rahul Jain, sent packing on leave until his retirement, still five months away, has created quite a buzz in the Rail Bhavan.

Apparently to the outside eye, there was not even a hint of this development until it was announced. It was rumoured that Mr Jain, who was a secretary-level officer, had got into some heated exchanges of late, which might have escalated rapidly and led to his unprecedented exit. But were these a battle of ideas or merely a personality clash? That is difficult to say, at the moment. The exit has raised more than a few eyebrows.

Clearly, there is more to this than meets the eye. Sources have told DKB that Mr Jain who was appointed member of the board during former Union railway minister Piyush Goyal’s tenure wasn’t remarkably acerbic or acrimonious, in his own track record. But the current minister Ashwini Vaishnaw is reportedly keen to set off on a path that is, in policy terms, distinct from that of his predecessor. There’s nothing untoward there either, say those in Rail Bhavan who’ve seen change of guard before.

Mr Vaishnav’s fast pace, he believes, is critical to improving the performance of the railways, which has seen steadily dwindling revenues and an inability to modernise rail infrastructure. Now some of our sources hint darkly that Mr Vaishnaw has dumped several initiatives introduced earlier. He is rapidly rebuilding his team at the board level.

Perhaps, and this isn’t established yet, Mr Jain was seen as someone standing in the way of the minister’s idea of how he wants to proceed. This is proffered as a possible trigger for what’s decidedly an unceremonious departure. But with Railway Board chairman and CEO Suneet Sharma and other members tight-lipped, the absence of an explanation is more unsettling — for other rail babus. There is now also the question of who will replace Mr Jain on the board. There are likely many able contenders, but Mr Vaishnaw is not revealing his cards just yet.