Opinion   Columnists  17 Jan 2022  Mohan Guruswamy | The downfall of Punjab: Can it be ‘model’ again?
Opinion, Columnists 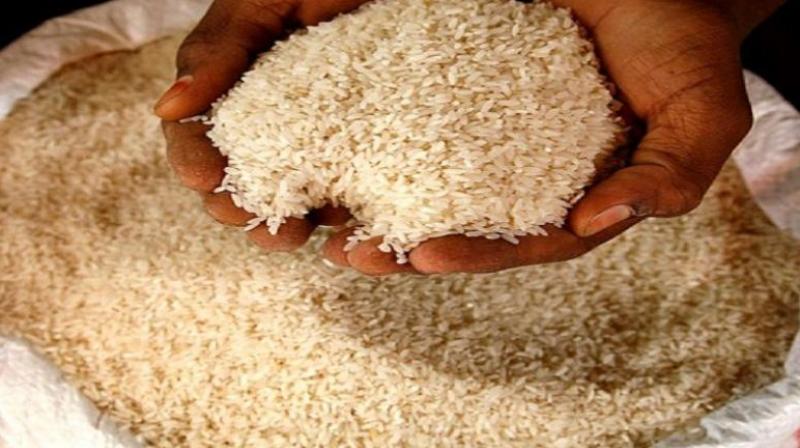 In the year 2019-20, the total national foodgrain production was 292 million tons, of which Punjab produced about 11.06 per cent. (Representational Image/ PTI)

I recall travelling through Punjab in the early 1980s with an English economist. As we drove through the golden fields laden with wheat, and noticing the general lifestyles and carriage of the people, I remarked to my companion that if all of India came close to this kind of prosperity, the country would be a major global economy. Those were the times when Punjab was India’s model state. It was number one in almost every field. From being the role model state, it has now become a national burden. How this happened is a lesson for policymakers.

Punjab’s hardy and enterprising Jat peasants, dispossessed of their lands in West Punjab due to the Partition in 1947, found a land just as welcoming and put their energies and genius into making the best of it.

When India faced crippling food shortages in the early 1950s and 1960s, it depended on Punjab to bail it out. Its enterprising peasants were quick to adopt the new varieties that came out of the field laboratories of Norman Borlaug. To incentivise its farmers, the Central government began a policy of procurement, assuring producers of a ready market and increasingly better prices.

This was the beginning of the Green Revolution (and with it the ruination of Punjab’s economic future). From a breadbasket state it has now become a basket case, that is engorged on huge subsidies such as MSP, free electricity, hugely subsidised fertilisers and de-risked markets. So much so, today the market price of a quintal of wheat is about Rs 500-600 less than the minimum support price at which the state buys. As the gap between the MSP and market prices kept widening, it only incentivised more production. Even so, over 75 per cent of the wheat and paddy grown in Punjab and Haryana is procured by Central and state agencies under MSP.

The Green Revolution spread to some other parts of the country, but the largesse is concentrated in Punjab and Haryana. India now finds itself in a situation when it produces more than it eats. The production has been in the vicinity of 285 million tons during the past three years. India has food reserves of 82 million tons, that is 2.7 times more than is needed.

There is no doubt that Punjab is a major foodgrain production centre, but the notion that it feeds India is quite exaggerated. In the year 2019-20, the total national foodgrain production was 292 million tons, of which Punjab produced about 11.06 per cent. Admittedly Punjab’s productivity is much higher than that of the rest of the country, as it accounts for only about five per cent of the 54 million hectares of irrigated farmland.

The truth is that the rest of India supports Punjab, with this absurd minimum support price (MSP) scheme, which is actually an above-the- market price scheme. The bulk of the procurement accrues in the states of Punjab, Haryana, Andhra Pradesh and Madhya Pradesh.

This means that the bulk of the MSP subsidy accumulates here. Punjab stays way ahead of the other states in the country. In fact, Punjab’s farm subsidy is higher than the annual income for farmers in the rest of the country. Each Punjabi agricultural household gets an annual subsidy of Rs 1,73,165. According to the State Bank of India NAFIS survey, the annual income of agricultural households becomes Rs 2,77,596, which is higher than twice the national average.

God and this country both have both been generous to Punjab. Today, if 82 per cent of all land in Punjab is arable and 98.6 per cent of it is with perennial irrigation, more than half of this is due to the huge Central government projects, the Bhakra Nangal being the most notable among them.

The British, in their quest for land revenue, rightly chose composite Punjab for special attention. They invested in its irrigation. But after 1947, this trend accelerated in Indian Punjab.

Punjab has also benefited by a disproportionately large recruitment into the armed forces and the paramilitary forces, giving most rural families a second stream of income. Each year, about 60,000 Punjabi officers and men retire from the armed forces, and over a million households benefit from the generous pensions. Yet, Punjab is afflicted with a severe blight.

Clearly, it is that Punjab has been reeling under bad governments. Its politicians and their bureaucratic fellow conspirators, irrespective of party affiliation, have been among the country’s most venal and corrupt. The porous India-Pakistan border and the situation in Pakistan have only intensified the criminalisation of its government and border communities.