Kashmir, too, remains under control by dint of the harshest crackdown ever seen in the held Valley. 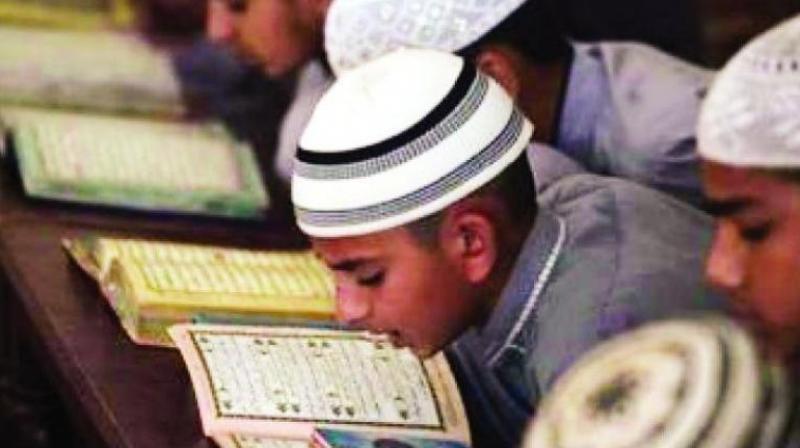 So despite the fierce pushback against the anti-Muslim Citizenship Act that is mostly confined to the urban centres, Modi is secure in his strongholds.

While the BJP defeat in Delhi was expected, its magnitude wasn’t. Eight seats out of a legislature of 70 is a hammering of epic proportions.

However, this does not spell the ebb of the Modi wave: he and his Hindutva policies continue to dominate the populous hinterland where hysterical nationalism and extreme Hinduism flourish. So despite the fierce pushback against the anti-Muslim Citizenship Act that is mostly confined to the urban centres, Modi is secure in his strongholds.

Kashmir, too, remains under control by dint of the harshest crackdown ever seen in the held Valley. The shutdown of all communication systems has played havoc with trade and personal relationships, shocking the world with its blatant disregard of human rights. Hundreds of deliberately blinded Kashmiris bear testimony to the brutal nature of the Indian occupation.

So Modi can’t afford to be complacent. With these two own goals, he has unnecessarily upset two hornets’ nests and given the world a glimpse into the real “shining India”, where gang rape and all kinds of misogyny are the norm; where figures are fudged to pump up the growth rate; and where income inequality is reaching disturbing proportions.

I know Indian readers will retort that things in India are better than in Pakistan. This may be true, but it isn’t the point. Here was a country that, before Modi came along, was a success story in many fields, ranging from the economy to culture. Its projection of its soft culture made it a model developing country that was going places fast. Now its official statistics are viewed as dodgy. The lynching of Muslims suspected of eating or storing beef has shocked millions of foreigners. India’s soft power has hardened since Modi’s arrival.

So while Pakistan was slipping into extremist violence, India broke away from rigid socialist policies in the 1990s and marched ahead with a liberal economic agenda. Now, it is fast becoming a mirror image of its neighbour.

This is no moment for Pakistanis to gloat: India used to be a beacon for those of us who thought that South Asia could be flourishing democracies, and that India would set the trend. Alas, the two largest ex-colonies born out of the Raj have taken on increasingly authoritarian colours. Sure, we have all the trappings of democracy, but intolerance and a rejection of the ‘other’ now dominate the public discourse. An old friend who spends considerable time in Mumbai reports that even with highly educated people, it has become impossible to criticise Modi.

There was a time, years ago, when I doubted the wisdom of Partition. I asked my father why he had decided to move the family to Pakistan when he was he was well known in India as a writer and a Sanskrit scholar. My parents also had many Hindu and Sikh friends. He answered that till the very end, he was undecided, but as the rioting and killing got worse, his non-Muslim friends said they were no longer sure they could protect us, and he should move us to Pakistan and return when things were more settled.

That day never came, and I was left wondering what trajectory my life would have taken had we stayed on. I wonder no longer: as I see the discrimination and violence Muslims are being subjected to, I’m glad my father made the choice he did.

Liberal parties move to the right to combat what they view as a successful formula as politicians are always sensitive to the wind’s direction. In Pakistan, power-hungry generals, with the exception of Ayub Khan, have pandered to the clerics for political support. This policy has, again and again, pushed us into extremism that has allowed crazed jihadis to flourish.

So where does Modi go from here? For the time being, he is secure. His security forces are too powerful for any long-term resistance to succeed. His message of Hindu dominance resonates deeply. And the world still sees India as too large a market to upset by criticism of its human rights violations. But events can change very quickly, with the economy being a key trigger, as Imran Khan is discovering to his cost. Mike Tyson, once the world heavyweight boxing champion, put it best: “Everybody has a plan until they run into a punch in the mouth.”

There was a brief period early in his term when Imran Khan tried to reach out to Modi in an effort to resolve our many differences. Time after time, he was snubbed. He seemed to have forgotten how he reviled Nawaz Sharif for similar gestures. “Jo Modi ka yaar hai, ghaddar hai, ghaddar hai!” (Anybody who is a friend of Modi’s is a traitor!) was one slogan he deployed constantly.

And so our paths that had long diverged now seem to be converging. I just hope this convergence won’t be too violent.