India has a great opportunity to rebuild its hold on maritime neighbourhood, when the Opposition has begun an anti-India chant in Maldives 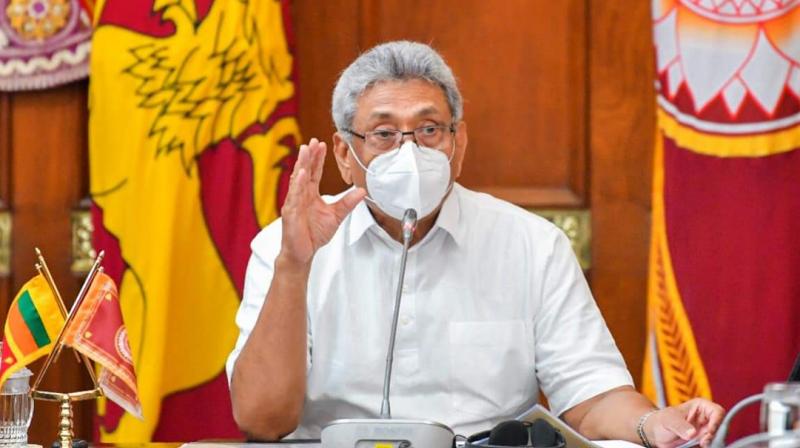 Between the war in Ukraine and the Covid-19 pandemic now swirling in China, the world has had little time to worry about the public uprising in Sri Lanka. Prime Minister Mahinda Rajapaksa was compelled to resign, but his younger brother, President Gotabaya Rajapaksa, is still clinging on to his post, hiding behind the fiction of a national unity government, as he has sworn in Ranil Wickremesinghe as the Prime Minister. It remains to be seen if the public anger against the Rajapaksas will abate to allow this transitional arrangement to let the beleaguered nation negotiate a rescue deal with the International Monetary Fund (IMF).

The nation had come to this pass due to a combination of bad policies and other factors which Sri Lanka had little control over. Two of these developments overlapped after the newly elected President in 2019 took the decision to cut taxes. The Covid-19 pandemic hit the world in 2020, followed by Russia’s invasion of Ukraine in February this year. An already economically challenged Sri Lanka was dealt a fatal blow by the war escalating the price of energy overnight, while Covid-19 engendered lockdowns in China disrupted the global supply chains. In addition, the government, as if enough problems already did not dog them, cut the import of synthetic fertilisers to shift farmers to organic farming.

The reason Sri Lanka has been hobbled seriously is the subsisting structural problems in its economy from its independence in 1948. Easy foreign exchange was earned in the 1950s by its primary exports like tea, rubber and coconut. Industrial development was not emphasised, leading to over-dependence on these few commodities that were always subject to international demand fluctuations. As a result, Sri Lanka earned less foreign exchange in 1968 than in 1958 as demand for rubber and other commodities fell.

When J.R. Jayawardene was elected President in 1977, he tried to reform and liberalise the economy. He removed the restrictions on international migration as jobs opened up in the Gulf for workers. Thus, workers’ remittances became a new source of foreign exchange. But Sri Lanka was unable to handle its Tamil problem through domestic accommodation and consensus. The Indian military intervention in 1987, with New Delhi dispatching the Indian Peace-Keeping Force, only further complicated the situation. Sri Lanka then slipped into a hyper nationalist phase and battled against the LTTE, which led to the rise of the Rajapaksa clan.

Luckily for Sri Lanka, the Congress-led UPA government assumed power in New Delhi in 2004, giving Colombo the freedom to eliminate the Tamil Tigers without any Indian meddling. The civil war finally ended in 2009, leaving the ascendant Rajapaksa clan with a choice. They could revert the nation to a consensus-based resolution of the issues troubling the minorities, or resort to jingoistic majoritarian politics, laced with militant Buddhism. They chose the latter.

In the process, the Rajapaksa family also decided to hedge their diplomacy by inviting a rising China to step in and balance India’s traditional influence in that nation. China, by then seeking to enlarge its reach in the Indian Ocean, brought investment and infrastructure projects, many unlinked to their ability to repay the investment. Thus began the debt-trap buildup which brought Sri Lanka to a state where it would collapse with one more blow. Fate, instead, dealt them two, with the lethal consequences that we see today.

The Covid-19 pandemic led to a collapse of the entire tourism sector. When tourism constituted 5.6 per cent of Sri Lanka’s GDP in 2018, it contracted to 0.8 per cent in 2020. Similarly, remittances of expatriate workers were 10 per cent of GDP in 2019, but collapsed in 2021.
They are estimated to further halve this year. Simultaneously, the war in Ukraine increased global oil prices, hitting the common man as inflation spiked. It was a perfect storm that a family-controlled enterprise had no ability to handle.

India has a great opportunity to rebuild its hold in its crucial maritime neighbourhood, when the Opposition has begun an anti-India chant in the Maldives. Besides quickly transferring $2.4 billion to help Sri Lanka avoid a loan default, India is now giving 65,000 metric tonnes of urea, helping reverse the sudden jolt to Sri Lanka’s agro-economy.

Some lessons are obvious from the meltdown in Sri Lanka. One is the peril of populist leaders combining nationalism and religion. Even peace propounding Buddhism has been turned into hate spewing faith by some monks in Sri Lanka, Myanmar and Thailand. The consequences have been the stifling of democracy and erratic decision-making. It is a lesson that the BJP needs to introspect on as its Hindutva project moves ahead.

Next is the tendency of populist leaders to take impetuous decisions without debate and analysis. India’s economy managed to survive the demonetisation move of November 2016 but not without taking a hit. China and India are facing the consequences of top-down decision-making to handle the Covid-19 pandemic. India is still quarrelling with the World Health Organisation about WHO’s figures of epidemic-related deaths. China is stuck between lockdowns hitting its economy and the fear that ineffectual vaccines may allow the spread to mushroom if China relaxes its “Zero Covid” protocols.

It is doubtful that Sri Lanka can be completely pulled away from Chinese influence. Imagining it as a “Quad” member will be impractical. But limiting China’s military access to its ports while India strengthens its presence in Trincomalee on the east coast of Sri Lanka would be a gain. India also needs to push for less majoritarian politics.

But there lies the catch. How does a majoritarian BJP teach a small neighbour the values of consensus and democracy? The Easter Sunday bombings of 2019 had brought Islamic terror to the island nation. Tamil militancy may have been squashed, but at the cost of altering the basic values of Sri Lankan politics.

A national unity government is a good starting point of national rejuvenation. But like Donald Trump in the United States, the Rajapaksa clan may not give up their pursuit of power very easily. China would back them materially, in direct proportion to the increased Indian influence.

Thus, the race between India and China is not over yet. It has just got a whole lot more complicated as the Sri Lankan people will decide what kind of a government they want after the next election, which may come sooner than it is due.

Till then India has to remain more agile and proactive. Diplomacy will get tested the most in India’s immediate neighbourhood.