Kishwar Desai | In race to elect next UK PM, are women meant to steal Liz’s votes? 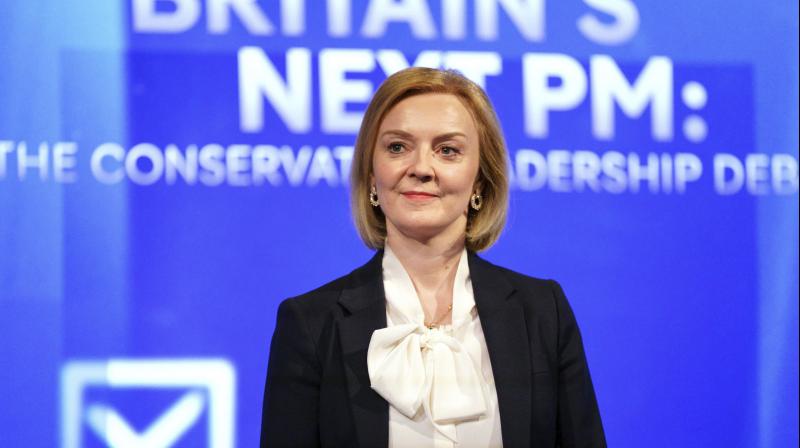 London is in the midst of a highly entertaining — but at the same time very worrying—reality show called “Who Will Be The Next PM?” For many it is a stark reminder of what happens when the system collapses, and the Prime Minister is suddenly found to be “not fit for purpose”. It has been a dark fortnight for the UK, as the outgoing Prime Minister Boris Johnson floundered around for a considerable time, trying to stay on, while his party appeared to be divided over his decision to carry on. But when he was deserted by both the Chancellor Rishi Sunak and the former Chancellor, Sajid Javid, the tide turned.

However, for a few days, Boris Johnson still went on appointing ministers while his government collapsed — and it was only when the newly appointed Chancellor, Nadim Zahawi, quit — during an interview on Radio 4 — that he realised the game was up.

But this has led to a crisis as the Conservative Party and the government are suddenly leaderless. This is, as the media keeps on reminding us, in the middle of a cost of living crisis and a war at our doorstep. The only people laughing their heads off would be Vladimir Putin and his generals who found Boris and his pronouncements annoying to say the least.

But ultimately, as those who quit repeated over and over again, it had become a crisis of trust and honesty. It was time for a change.

Alas, poor Boris could not bundle all his Tory supporters and take them in a bus to a resort as happens in India ever so often when a government is about to fall.

Many other lessons will undoubtedly be learnt from India, too: The Oxford and Stanford educated Rishi Sunak is the frontrunner this week to become Prime Minister. As the former Chancellor he is probably the best known among the contenders — and has stood his ground in the ongoing debates.

But what has been truly fascinating for many of us is the number of women who are in the fray — and not all of them are well known like the foreign secretary Liz Truss.

Right now, as in Big Boss, the contenders have been whittled down to five. And so we have Rishi — and Liz — but alongside them are two other women — Kemi Badenoch, and Penny Mordaunt. Neither of them was familiar to us before this contest — and what for many of us has been extremely appealing is that their male colleagues have been wholeheartedly supporting one or the other woman contender. It is a moment to be celebrated.

Yet, some rumours are floating around that a few of these candidates were selected in order to ensure that Liz Truss, who is widely expected to reach the ‘finals’ next week, does not make it. According to these dark mutterings — an extremely clever game of cross voting has been organised — so that votes are “lost” while the Tories in Parliament support different woman candidates.

But ultimately , outside the Westminster bubble, it all depends on who the wider Tory population votes for. This “game” has the first four rounds being voted for by the Conservative MPs — and the final round being voted upon by all the party members, of which there are roughly two lakhs. The final two contenders will have to traipse around the countryside all of August wooing the Tory heartland till the voting takes place and the new PM is announced in September.

But as of now the contest is still wide open. A fresh round of voting takes place on Monday and a dark horse has already emerged in the shape of Tom Tugendhat — a former military man and MP — who is distinguished by the fact that he has had no close links to Boris Johnson. He also looks like he is from central casting — tall, relaxed and good looking — a bit like Hugh Grant perhaps! He has been voted as the most popular candidate in the recent TV debate on Saturday.

To be honest, as in all reality shows, it is difficult to say what will sway the voters. If they are looking for a fresh face — then in a “David Cameron or Nick Clegg” moment — any of the unknowns may have the advantage. That is how those two former leaders were picked out — and even now, things have not changed much.

Meanwhile — I wonder how Winston Churchill would have performed in a TV debate? His biographer, Boris Johnson, the outgoing PM, very befittingly is now writing the biography of William Shakespeare. After which he will no doubt begin work on another even more fascinating tale — his own memoirs. Everyone is speculating about the million pound deal in the offing for the Johnson version of what happened. It is also being said that he will end up earning much more than ever before, just for his speaking engagements. Well, he is not the only one as both in the US and UK, former leaders have earned huge sums when they have been invited all over the world. This is the time for Boris to finally speak up and give us his side of the story.

And some say that if he writes his book back-to-front fast enough — it may impact the results of “Who Will Be The Next PM?”