Last week a new film on Cleopatra was announced and the Egyptian queen is to be played by Gal Gadot, leading to a Twitter storm 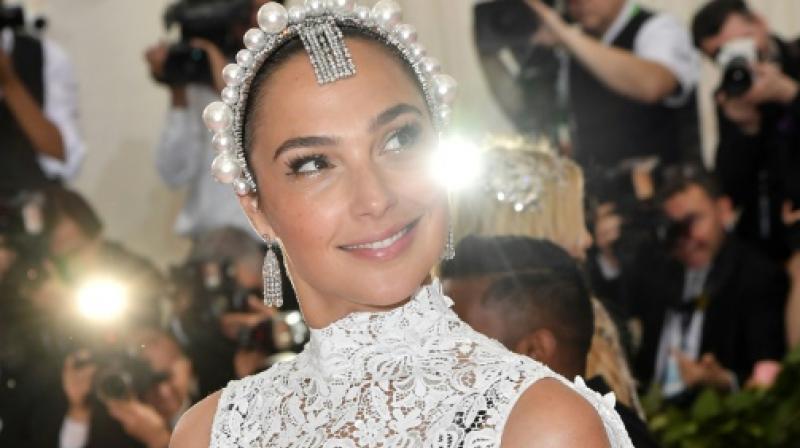 The Egyptian queen is be played by Gal Gadot, an Israeli star of Greek lineage. Her ethnicity has caused what the cliché appropriately calls a Twitter storm. (AFP)

In a recent performance of Shakespeare’s Antony and Cleopatra, Caesar was played by a black British actor. The audience wasn’t bothered. Caesar delivered his lines perfectly. Years ago, I saw Lawrence Olivier playing Othello with a blackened face. He spoke his lines with a melodramatic conviction which would have made a Bollywood villain blush. “Put out the light, and put out the light!” -- with deep sobs inherent in the throaty delivery.

Olivier’s hutzpah didn’t elicit many comments. Times move on. Before Olivier’s principled disregard for blacking up, presumably on the grounds that actors are sui generis being somebody else, there was a public outcry against The Black and White Minstrel Show, in which white singers and musicians blacked up in costumes and caricatured African Americans, singing in peculiar accents and playing banjos. It was out of date and distasteful and did disappear from Britain’s stages.

The reason for my answer to my earlier question is that Othello is a play in which race has a dramatic function. It matters that Othello is black. It doesn’t matter whether Julius Caesar is black or white -- as long as he doesn’t speak in a Gujarati accent.

Last week a new film on Cleopatra was announced. The Egyptian queen is be played by Gal Gadot, an Israeli star of Greek lineage. Her ethnicity has caused what the cliché appropriately calls a Twitter storm. One journalist, of ethnic origin herself, wrote something to the effect of “you steal Arab land and now you steal Arab roles in films”.

This journalist is well within the flow of indignation, but a little investigation -- Wikipedia is so good at providing the means -- will tell the world that Cleopatra VI was a descendant of the General Ptolemy, one of Alexander the Damned’s heirs. When Alexander the Macedonian vandal turned back from the Western bank of the Indus, fearing the might and armies of the Nanda empire of Maghada on the eastern bank, he retreated, landed in Egypt, and died there. His General Ptolemy stayed in what was subsequently called Alexandria and founded the Greek dynasty, whose sons were all called Ptolemy and whose daughters, princesses and queens, Cleopatra.

Was there any pre-Arab settlement, Berber blood mixed in with the Greek in Cleo’s ancestry? No historian is certain. Nevertheless, the row progresses. My prediction is that the film will meet with protests, both well-meaning and misguided.

We live, gentle reader, in interesting times, but the era of ethnically blind casting didn’t begin yesterday. I recall that in my schooldays in Poona (now Pune) an actor’s company called Shakespeareana would perform in our schools and colleges. They were, when first I saw them perform, an all-white company, but as the years passed and their actors returned to Britain, the company recruited Indian actors who played Shylock, Bassanio or Oberon with panache and without any murmurs from the audience.

Also, which play of late Mumbai maestro Alyque Padamsee, borrowed from the Western stage, had European actors in it? “Integrated casting” was not a choice for Indian dramatic productions in English.

For Peter Brook, who in 1985 adapted the Mahabharat as a nine-hour stage epic, it was not a necessity but a choice. Impelled by liberal instinct, Brook cast Chinese, Caribbean, African, Japanese, French and British actors as Arjun, Karna, Duryodhan and the rest. His multi-ethnic universal cast was much applauded in the West.

At the time I was employed as a commissioning editor at Channel Four TV and one of my colleagues, Michael Kustow, proposed transforming Brook’s stage play into a nine-hour TV serial. Michael approached me one morning and asked if I would accompany him and Brook to a meeting with Indian high commissioner P.C. Alexander (Indian, not Greek), whom they were approaching to propose a partnership with the Indian government in the project.

We went, and the high commissioner was very hospitable but was cagey when Brook asked him directly for funds and sponsorship. Alexanderji seemed to say that of course the government would support the venture by getting industrial houses and others to sponsor it. His commitment was designed to sound enthusiastic but was in fact very ambivalent.

As we stepped out, Brook and Kustow both grabbed me bodily.

They understood. A year later, this meeting and theme suggested itself as the beginning of a novel which I wrote called Bombay Duck. I judiciously changed the Mahabharat to the Ramayan and called the Peter Brook character David Stream -- but kept him white.