The underfed hugely outnumber the overfed but alongside the crisis of child under-nutrition, we are also seeing a rise in child obesity 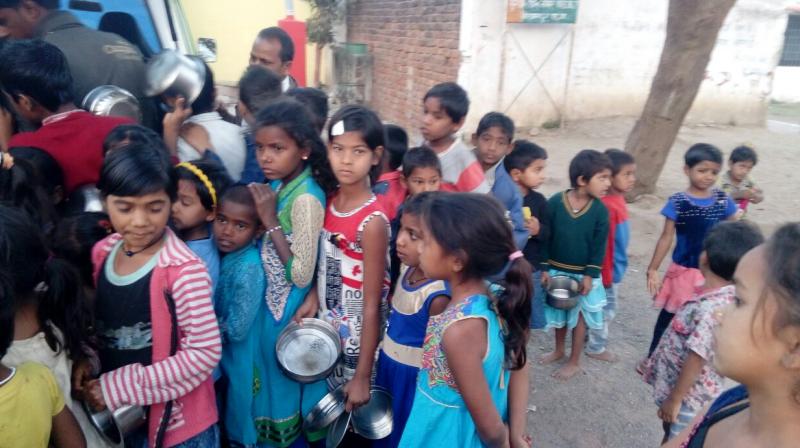 It can be tempting to blame every crisis on the Covid-19 pandemic. But quite often, facts get in the way. Many things were bad enough even prior to the onset of the pandemic, that gutted so many lives and livelihoods.

The latest data from the National Family Health Survey (NFHS-5) is a case in point. It shows that several states across the country are doing worse since the last NFHS was conducted in 2015-16. They have reversed course and are showing worsening levels of child malnutrition despite improvements in sanitation and better access to fuel and drinking water.

Arguably, the first set of findings from the NFHS-5, conducted in 2019-20, four years after the last one (2015-16), relates to only 22 states and Union territories and does not include major states like Madhya Pradesh, Tamil Nadu and Uttar Pradesh. Data for these states will be released sometime in the middle of next year.

It is also true that not everything in NFHS-5 reeks of gloom.

Immunization coverage has expanded in many states, the number of households using clean fuel has improved. Ditto with sanitation facilities. The total fertility rate (TFR) across most Indian states is also declining.

All this is good news.

But we can’t afford to take the eye off the ball and gloss over the heart-breaking reality of growing numbers of stunted and undernourished children in India.

Nutrition experts point out that out of 22 states and Union territories for which we have data, there is a surge in severe acute malnutrition cases in 16 states/UTs, compared to NFHS-4 conducted in 2015-2016.

Even Kerala, that usually leads in social policies, has problems: anaemia is growing among children.

The underfed hugely outnumber the overfed but alongside the crisis of child under-nutrition, we are also seeing a rise in child obesity, perhaps due to more junk food consumption.

All this is exacerbated by widespread under-nutrition and anaemia among women, including those who are pregnant.

“We don’t have granular data for all states and Union territories as yet but the first lot of data from NFHS-5 points to worsening malnutrition and anaemia in several states. From the data that’s available, it’s hard to pinpoint why malnutrition worsened even before the pandemic set in, but it’s important to note that the period when it worsened coincides with the time India suffered economic shocks. We had demonetisation in 2016, which gutted much of the informal sector which dominates the Indian economy. We don’t know to what extent those who took a severe hit during demonetisation have recovered. The GST rollout also affected small businesses and rural wages have stagnated,” says Dipa Sinha, assistant professor of economics at New Delhi’s Ambedkar University and a key figure in India’s Right to Food Campaign.

“The other unknown for which we don’t have much data is the impact of the weakening of the social protection framework with inadequate budgetary support and no expansion in response to the economic slowdown which could have affected affordability of diets. PDS (public distribution system) provides only rice and wheat in most states. Some states also give pulses and oil, but many poorer states don’t,” she adds.

Some experts point out that the work of the Narendra Modi government’s flagship National Nutrition Mission and Anaemia Mukt Bharat (AMB) campaign, with an ambitious target of reducing anaemia by three percentage points per annum till 2022, are not really captured in the NFHS-5 data because they really got going only recently.

Even if that is so, it is vital to review what is actually happening on the ground. There are enough indications that all is not well with many programmes. Take the mid-day meals, for example – the Central government’s flagship school-based feeding programme aimed at improving the nutritional status of students and promoting the universalisation of elementary education.

Children who suffer from stunting may not only not grow to their full height, there is also a risk that they would not develop their full cognitive potential.

Experts say mothers who suffer from undernutrition are more likely to have children who suffer from stunting or wasting, perpetuating the cycle of poverty and undernutrition. Anaemia is also hugely debilitating. It can affect children’s cognitive performance and physical growth. In women, anaemia can adversely impact the capacity to work and can lead to poor pregnancy outcomes.

Children are India’s future, on whom the country’s dreams rest, but they are paying the price of adult bungling and apathy. We can’t afford that. Nor can we afford diversions like the needless hullabaloo over serving boiled eggs, a source of protein, to poor children in government programmes.