Karan Thapar | Decoding the numbers: What the FM didn’t say

When you dig into details and ponder over the implications, the Budget feels rather different to what you’ve heard 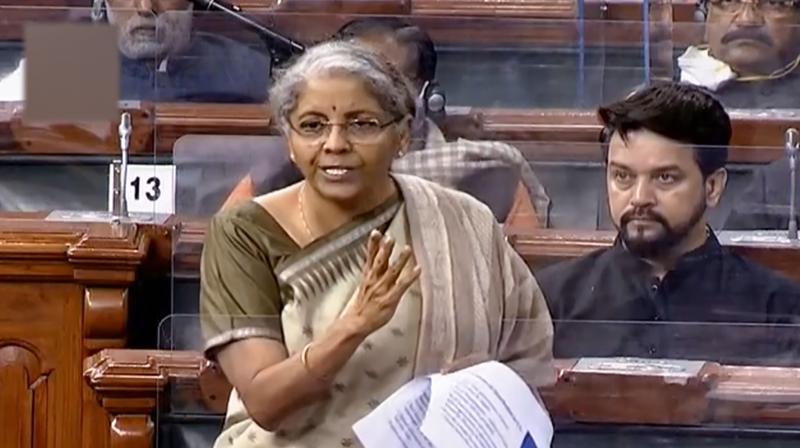 I know it’s a cliché but first impressions can often become lasting ones. That’s frequently true of the Budget. Most of us form an early impression from the initial coverage but few bother to examine the details, leave aside the small print. So what we’re initially told remains what we believe, even if the full truth is quite different.

Now I’m not an economist but I have read and interviewed widely and my belief is that the experts’ view is very different to what television told me on Budget night or the newspapers the next morning. Let me share with you some issues that could alter your perception of the Budget. No doubt they’ve been written and spoken about, but that was mainly to small and restricted audiences. So some of this could come as a surprise.

Let’s start with what the finance minister said about the year ending March 31.  She claimed government expenditure has increased by 28.4 per cent and she got a huge cheer for that. However, the Centre for Monitoring Indian Economy (CMIE) points out Rs 3 lakh crores of this is to write off past borrowings of the Food Corporation. No doubt that will increase government borrowing but it will not create demand. If you exclude this, government expenditure has only increased by 17 per cent.  That’s not “we have spent, we have spent, we have spent”, as the FM claimed.

Mahesh Vyas, CMIE’s CEO, told me a 17 per cent hike is only marginally more than last year’s 16 per cent. “That was a business-as-usual budget”, he said. “It’s hard to deny this year’s is no different.” Incidentally, in the earlier crisis year of 2008-09, government expenditure increased by 24 per cent.

Let’s now come to the fiscal deficit. The FM was applauded when she announced it will be 9.5 per cent this year. That sounded like fiscal honesty. Industrialists on TV and the stock market were pleased. Three days later Business Standard revealed there are substantial off-budget items the fiscal deficit excluded. They amount to 0.64 per cent of GDP. No doubt that’s less than the 0.72 per cent in 2019-20 and 0.86 per cent in 2018-19 but it’s sizeably more than 0.51 per cent in 2016-17 and 2017-18. So, a big step towards honesty, no doubt, but there’s still a bit hidden in the details.

I’ll now discuss a few of the big announcements for next year. First, health. The FM said expenditure would increase by 137 per cent to 2.23 lakh crores. Once again, she was cheered to the rafters. But the details show that 58.7 per cent is for drinking water, sanitation and vaccines. In fact, the actual outlay on health, if you compare last year’s RE with this year’s BE, has fallen by almost 10 per cent. The government document “Budget-at-a-Glance” doesn’t really hide this. It says the Centre’s actual outlay on health is 0.33 per cent of GDP this year compared to 0.31 per cent last year. First, that’s hardly an increase. But, as Pronab Sen, our former chief statistician, told me, if you bear in mind GDP this year has shrunk, the 0.33 per cent figure represents a smaller sum.

The second big announcement was spending on infrastructure. The FM said Capex would increase by 34.5 per cent, and on top of that there is an additional Rs 2 lakh crores for states. Once again, the MPs applauded. But, if you compare BE to BE, Capex has only increased by 26 per cent and compared to last year the allocation for states is marginally down. So, by carefully choosing her figures, the FM’s speech created a rather different impression to the details in the supporting documents.

Pronab Sen raises some fundamental questions. “We don’t know whether this is payment owed to contractors for earlier commissioned projects, some of which are stuck, or for new ones. If it’s the former, then it’s likely to have a supply-side effect rather than a demand-side impact.” The former won’t lift GDP so much as clear the government’s debts. As yet we don’t know which it is.

The third big announcement was that FDI in insurance would be raised to 74 per cent. If that actually happens -- and it’s a big if -- it could certainly expand the insurance sector and provide funds for long-term investment. But the critical question is: are foreign insurance companies itching to increase their percentage? Many were reluctant to even go to 49 per cent when that was allowed. Jahangir Aziz, J.P. Morgan’s top economist for emerging markets, tells me foreign insurers have grave concerns about India’s regulations. If they remain unchanged, that will considerably dampen their interest.

The fourth big announcement was the government’s decision to create an Asset Reconstruction Company to handle non-performing assets (NPAs). Given the RBI’s forecast that NPAs could increase to 13.5 per cent by September 2021 and to 16.2 per cent for public sector banks, this received another huge round of applause. But Pronab Sen notes an ARC would require public sector banks to take “haircuts” of up to 40 per cent or more. That, in turn, would affect their reserve position adversely. If that happens, it would force the government to take substantial steps to recapitalise banks. But none of that was mentioned in the Budget.

Finally, the announcement on privatising PSU banks and insurance companies and monetising assets like surplus land, airports, roads and highways, oil and gas pipelines. Once again, the stock markets loved this as did the experts in TV studios. But the devil lies in the unseen details.

Pronab Sen notes civil servants will be very reluctant to sign-off on asset sales unless they’re guaranteed protection against adverse inquiries by the investigating agencies. Such protection is not yet forthcoming. That’s even more true of the intention to strategically privatise banks and insurance companies. This means they are likely to be bought by corporates, and that could lead to political charges of crony capitalism. Dr Sen says the government will only go ahead if the Prime Minister is prepared to face political attacks and isn’t deterred by fresh accusations of “Suit-Boot-ki-Sarkar”.

Well, I think I’ve done enough to substantiate the cliché with which I began. When you dig into details and ponder over the implications, the Budget feels rather different to what you’ve heard. But I’m not criticising the FM for that. A good politician always presents a pretty face. It’s a gullible media that won’t scratch the surface to discover what lies behind.