Of course, one should be concerned about the thousands of jobs that will be lost if a sizeable number of restaurants close 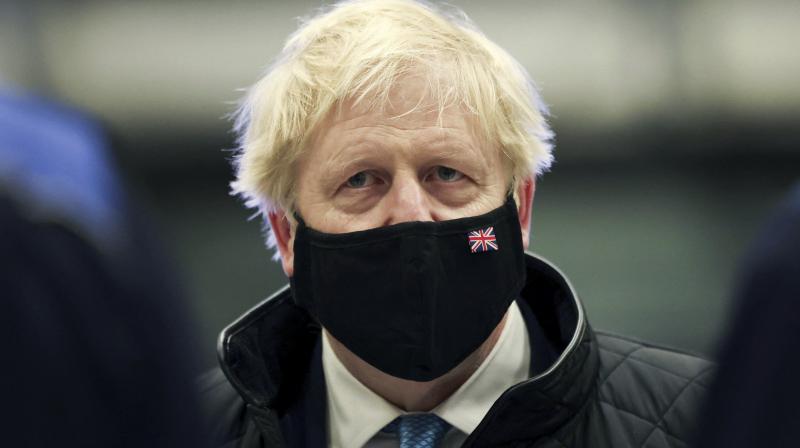 “Allergic to allergies?
Intolerant of intolerances?
Denying all denials?
Refusing to refuse?
O Bachchoo are you coming when you’re going?
Yes, my friend! Towards is always away from.”
From Saara yeh wo, by Bachchoo

Years ago, a national TV station had commissioned me to write a play about two England football team players Lee Bowyer and Jonathan Woodgate, who were standing trial for attacking and kicking unconscious an Asian lad whom they chased after they alleged that he and his college friends had mocked them in a club. I went on a journalistic quest as the trial was about to begin in a court in Hull, where I stayed and followed the trial. I wrote an outline of the play before the trial was over. There was enough drama and the conclusion was almost certain. I entitled it “I Could Murder an Indian”.

It’s what the likes of Lee Bowyer would, after an evening of heavy drinking, say if they wanted an Indian meal. “Murder a curry” would mean the same thing. If they hadn’t fled the scene of the attack, I am sure they’d have repaired to an Indian restaurant. Of which there are 8,000 in Britain! Most of them are run by Bangladeshis from Sylhet. The most popular dish they serve their customers, or at least the undiscerning ones who didn’t have an Indian grandmother dishing the daily diet, is called Chicken Tikka Masala (CTM). And the popular accompaniment for most “curry murderers” is sweet mango chutney.

Britain today has been badly hit by Brexit, by the Covid-19 pandemic and by the universal rise in the cost of fuel. The Indian restaurant trade has its own magazine, imaginatively called SPICE. It predicts that very many Indian restaurants will be facing insurmountable price increases -- the average monthly electricity bill will shoot up from £400 to £960 (a lakh in rupees?)
And then CTM, the favourite food of the curry murderers, will also become more expensive to produce. A kilo of fresh chicken breast has gone up in price from £2.90 to £3.80. The base of most Indian food, the onion, has, for a 25 kg sack, increased in price from £7.75 to £8.75. Cardamom, a central ingredient of garam masala, is now £32 a kilo when it was £25 yesterday.

According to Enam Ali, founder of the British Curry Awards, very many restaurants will be forced to close owing to these price rises which, if passed on to customers, might very plausibly murder the flow of curry murderers.
So, gentle reader, along with Covid, the uncertain future of the BoJo prime ministership and the future of the Tory government, the threat to Ukraine from Vladimir Putin, the rising costs and the out-of-control inflation, Britain faces the tragic curtailment of the flourishing trade in chicken tikka masala.

Of course, one should be concerned about the thousands of jobs that will be lost if a sizeable number of restaurants close. I’m less bothered about the price of CTM going up as I don’t eat the stuff. In fact, I avoid most “Indian” restaurants as I don’t recognise the dishes on the menu. What the Bangladeshi menus call dhan sakh would send the bodies on the Towers of Silence spinning (they can’t turn in their graves, you see?)

I save my Indian meal outings for the Lahore Kebab House. Good Pakistani menu -- and besides, it owes its vast, unassailable popularity partly to yours truly. How? Why? Because in the days when I was, with others, an agitator and pamphleteer in the East End of London, we used to frequent at night a small takeaway called Lahore Kebab. It was no more than a counter and a table with two chairs and a limited but delicious menu.

When I had a job as a commissioning editor at Britain’s Channel Four, the Sunday Times approached me asking which was my favourite Indian restaurant. They were doing a photo feature and had asked Salman Rushdie, Ismail Merchant and some others the same question. All the others had chosen well-known posh joints. I said “Lahore Kebab”.

They sent a six-strong photographic crew to the place where I was pictured at the single plastic-topped table. The owner, who knew me, was tolerantly hostile and impatient. I was running a few hours of business crowding the tiny place out.

The article was published on that Sunday. On Monday, the proprietor called me at Channel Four. “Farrukh Sahab, what the f*** have you done,” he said, in the equivalent of such a phrase in Urdu. “There were queues around the block yesterday. Food eggjhausted!”

“There’ll be more this evening, I bet,” I said. I won the bet. In the next week he had resourcefully bought the shop next door and converted it into the full-fledged restaurant which, with further extensions and several branches in other cities, is how it exists today.

And what of Lee Bowyer and gang? Hunh! A right-wing national newspaper deliberately interviewed the victim Sarfraz’s father and published a splash on two pages, knowing that the case was sub judice and that publicity would have the case dismissed. It was. The newspaper paid the fine that the judge imposed. With no convictions at the time, my play couldn’t be produced or broadcast. However, there followed a second trial in which Bowyer was acquitted by the all-white jury and Woodgate given a community service sentence.