The government’s prolonged silence on the two cases and the BJP’s complicity in protecting the accused is likely to have two important consequences. 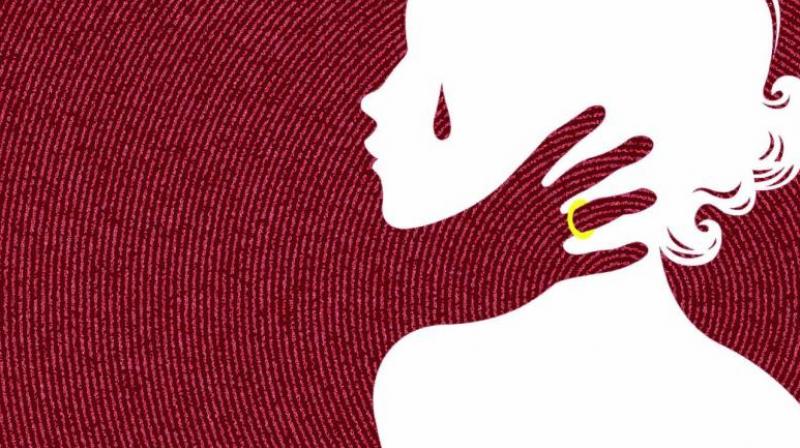 The Narendra Modi slogan about protecting the girl child (Beti Bachao) was turned on its head — to mean that the girl child had to be saved from the BJP’s lumpen leaders. (Representational image)

Justice for the child rape victim in Kathua in Jammu has become a national rallying cry against the ruling BJP. The stomach-churning incident of an eight-year-old Muslim girl being raped repeatedly in a temple in Jammu has shaken the nation’s conscience. Angry protesters have poured into the streets all over India.

People have also watched with disbelief the brutality of the Uttar Pradesh police in torturing and killing the father of a rape victim in Unnao and trying to protect the accused, a powerful MLA from the BJP. Together, the Kathua and Unnao rape cases have brought public anger against the BJP to a boil.

With even United Nations Secretary-General Antonio Guterres asking for justice for these rape victims, India’s reputation has been tarnished globally yet again. And domestically, the disillusionment with the Narendra Modi brand of governance has multiplied.

The government’s prolonged silence on the two cases and the BJP’s complicity in protecting the accused is likely to have two important consequences. The support for Prime Minister Narendra Modi among women voters is likely to suffer a major erosion. And the chalk-and-cheese coalition in Jammu and Kashmir between the Peoples’ Democratic Party (PDP) and the BJP is likely to come apart.

The BJP was already at a gender disadvantage in the 2014 general election — more men than women voted for it. According to the National Election Studies data of the Centre for the Study of Developing Societies, the BJP suffered an acute gender gap in states like Assam, Karnataka, Odisha, Uttar Pradesh, West Bengal, Uttarakhand and Jharkhand while its support was marginally higher among women in Delhi and Madhya Pradesh. As awareness about its attitude towards rape increases, the BJP could have women voters abandoning it.

The Unnao rape case helped focus national attention also on the ordeal of the minor raped in Kathua, ignored by the national media for nearly three months.

However, the filing of the chargesheet in the case, the communalisation of Jammu by BJP leaders’ protest marches to protect the rape accused and the stand taken by chief minister Mehbooba Mufti somehow came together at around the same time, when the Unnao rape case was being splashed in the media. There was no way then that the public discourse could be limited only to one rape case, ignoring the other.

The public twinning of the two cases made the Kathua minor’s ordeal a pan-Indian rallying cry for justice. After all, her rape showcased communalism at its worst — kidnapping, confining, sedating and repeatedly raping a child in a temple and using her rape to evict her community from a predominantly Hindu area. This criminality was compounded with the BJP trying to protect the perpetrators. The arrogance of communal politics suddenly became vividly apparent.

When stark gender violence is seen to have state support, then the victim’s religion is immaterial to those who feel potentially targeted. Women are far more sensitive when the danger is not only to themselves but to the pre-pubescent body of their daughters. The strong moral position taken by them was evident in the number of women who turned up in the street protests.

Many women, including officers of the Indian Police Service, changed their profile pictures on social media to that of the minor raped in Kathua in a show of solidarity. Young women announced on television that they would never vote for the BJP again. The Narendra Modi slogan about protecting the girl child (Beti Bachao) was turned on its head — to mean that the girl child had to be saved from the BJP’s lumpen leaders.

The Kathua case could also make the BJP lose power in Jammu and Kashmir. It has already begun affecting the PDP-BJP relationship. After being on the backfoot, Ms Mufti retrieved some ground by forcing the resignation of the two BJP ministers who had tried to protect the rape accused.

It is not coincidental that the resignations came after her brother and Cabinet colleague Tassaduq Mufti issued a threat to call off the alliance. He said the PDP and BJP had become “partners in a crime (for which) an entire generation of Kashmiris might have to pay with their blood”. He threatened that if the BJP did not honour the agenda of alliance, the PDP would have no option but to “take one last bow and apologise to the people for having unknowingly pushed them into something they did not deserve”.

Although his comments were about the overall crisis in the state, it forced the BJP’s hand in the Kathua rape case. The party had to beat a retreat by forcing two of its ministers to resign. The BJP is smarting under public rebuke and fighting the impression that its partymen were directly involved in the minor’s rape and murder, which they were not.

This, however, is just the beginning of the unravelling of the BJP’s image. One of the ministers involved has now claimed he went to Kathua on the direction of his state party president. This implicates the entire party and has the potential of causing further damage to the BJP.

The PDP-BJP relationship has always been tense. Only a month ago, a PDP minister who, allegedly at the BJP’s prompting, claimed that Kashmir was witnessing a social crisis, not a political one, had to be sacked. In the second round, the BJP lost two ministers and is now waiting for an opportune moment to exact revenge.

However, the BJP is unlikely to have much time as Ms Mufti is keen on convicting the rape accused within 90 days through a fast-track court. When the perpetrators are punished in the next three months, there could be another crisis in the state. At that point, the PDP might, to quote Tassaduq Mufti, take its last bow, apologise to the people of the state and go into political exile for survival. That would be the end of the BJP’s rule, even if in a doomed coalition, in Jammu and Kashmir.