Prejudice creeps in stealthily when nobody is looking 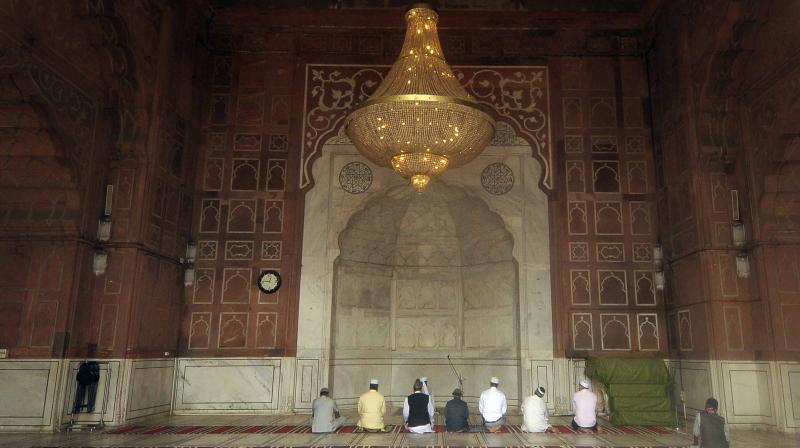 I watched the video posted by my friend Saba Naqvi and sighed! It was a deep and anguished sigh. The kind that signals despair and a rapidly declining sense of hope for our future in these extreme times. Yes, we are dealing with an unprecedented emergency. Each new day throws up challenges we could never have thought about in our worst nightmares even a few, short months ago. Amid the death and destruction all around us, the last thing we need is a war that has no victors -- a war that can cause more long-term damage than any virus, no matter how deadly the microbe. Hats off to Saba for nailing it through her impassioned message to all the haters out there. She looks viewers straight in the eye and asks bluntly: “Should we all go?” “We’’ in this case refers to all Muslims living in India -- around 200 million of them. Her question is addressed to those awful people out there who prevented Muslim vegetable vendors from going about their business. And to the others, who recommended separate Covid-19 wards in hospitals for Muslims who have tested positive. There have been vehement “official” denials of these charges. But the ground reality is different. Isn’t it always?

It is a shame that a seasoned and senior journalist and political commentator like Saba Naqvi had to remind those haters about all the worthy Indians who are India’s pride and glory. Her roster includes personalities like Azim Premji, Yusuf Hamied, Shah Rukh Khan, A.R. Rahman and Javed Akhtar. She lists out their impressive contributions and wonders aloud about the anti-Muslim acts that she feels are growing across the country. Her video comes straight from a pained heart. It is not carefully structured and cosmetically enhanced. It is as raw as the emotions she expresses. And one can only hope it has the required impact. When she throws these questions -- “Should the Taj Mahal evaporate?” or “Do you want Muslims to disappear from India?” -- it makes one cringe. Or should. When I shared the video with a few close friends, their response was so cynical, I hoped they’d be proved wrong. It was one particular stinging comment that sent a chill down my spine -- “Every Covid death in India will be blamed on the Tablighi.”

We cannot and must not let anything of the sort take root. And the time to safeguard against such a possibility is right now. When Saba points out that Shah Rukh Khan has donated more than 50,000 masks, or that Cipla’s Yuku Hamied has always been in the forefront of pharmaceutical battles that have saved India and the world, she is just stating the obvious. The tragedy is that she has been forced to state any of this in the first place. Has it reached a point where India’s Muslims will have to keep at it -- proving their worth, underlining their achievements and reminding their countrymen of their “legitimacy”. Pity, I couldn’t come up with any other word. Legitimacy comes with far too many connotations. Bollywood is full of melodramatic stories featuring illegitimate offspring, doomed to plead for love, respect and acceptance. The vicious attempts of certain corrosive elements in India, to further discriminate against our own, must be halted immediately. Why should Saba or anybody else have to trot out names of “good” Muslims who have richly contributed to make India great?  Her desperation to appeal to the haters made me feel exceedingly sad.

The authorities are busy strenuously denying that any of this is happening. The world is looking closely at the politics of the Covid dynamics in India. Reports of this kind will further damage our international reputation as a secular nation. While it is factually accurate that no political party or government agency has “instructed” anybody to sift out Muslim patients or create separate testing facilities for them -- it is happening regardless. Not everything we experience is as transparent and overt as we would like it to be. There is always the unspoken code widely practised by the majority. It is these surreptitious signals that are far more dangerous because they are insidious. Prejudice creeps in stealthily when nobody is looking. This is exactly what is taking place while the battle against Covid-19 is being waged aggressively.

Saba’s unfiltered words should shame us – but will they? I doubt it. At the moment, those in the media who are seen as being “soft on Muslims” (uggggh to that) are being closely watched, their phone lines tapped and God knows what other kind of surveillance is underway. We are at our most vulnerable at the moment. It is precisely at such times that self-appointed, self-declared “saviours” arrive on the scene to grab unlimited power and hang on to it, much after the crisis has blown over. A nationwide lockdown offers just such an opportunity. Manipulating emotions and seizing control of 1.3 billion citizens is indeed a very tempting, even irresistible, opportunity. The quickest and easiest way to achieve such an objective is by dividing people and alienating the minorities. And it is not Muslims alone who are feeling insecure in “Covid India”. Ask your neighbours and friends -- the Parsis and the Christians for example. Do they believe they will get the exact same treatment at testing centers in case they need to check their Covid status? The answer may stun you.

So… thank you, Saba. You said what you felt. Respect. Know that there are millions of co-citizens who feel exactly the same way. And no, not all of them are Muslims.