After a bitter nine-year war, Mikhail Gorbachev finally pulled the plug on a conflict that had claimed thousands of Afghan and Soviet lives 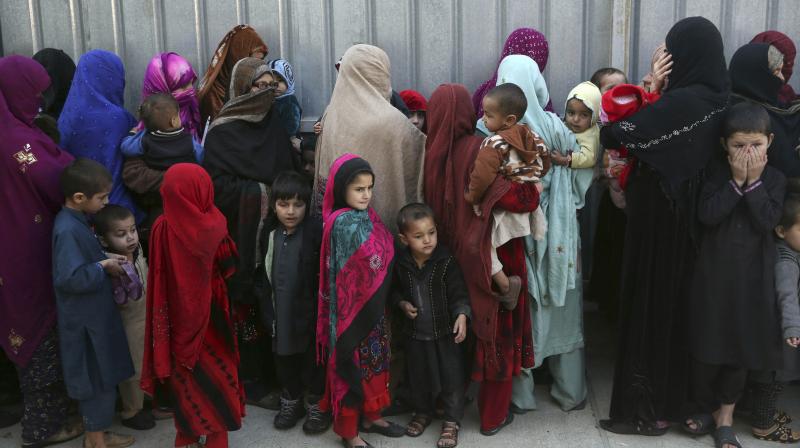 Thirty-three years ago, I rode out of Jalalabad along with dozens of other reporters sitting atop Soviet armoured personnel carriers. It was a pleasant summer day in May and as our convoy entered Kabul, crowds cheered, some offered flowers and the relieved soldiers in APCs grinned and waved. It was a moment of catharsis: a great tragedy was ending, or so we presumed then.

After a bitter nine-year war, Mikhail Gorbachev finally pulled the plug on a conflict that had claimed thousands of Afghan and Soviet lives. The withdrawal was slow and prolonged with the last Soviet troops leaving in February next year. It was an orderly, but ignominious withdrawal.

It was still the old Kabul then, much influenced by liberal minded King Zahir Shah, who ruled the country for 33 years. It was a city of tree-lined avenues, fine buildings and pretty women in skirts. The main bazar dominated by Sikhs was full of stolen Soviet equipment, clothes and jars of caviar.

That was the last time I saw Kabul that attractive.

The Pakistan Army generals saw the Soviet defeat as their victory and shaped the Mujahideen along Islamist lines, promoting those Afghan leaders who toed their line. They unleashed the Mujahideen armed to the teeth with American military hardware and guided by Pakistani military intelligence on the Afghan Army, then controlled by the Communist regime in Kabul headed by Mohammad Najibullah. The result was mayhem: Afghans killing each other and destroying their own towns and cities.

Dr Najibullah stepped down in 1992 but the fighting continued, this time among the Mujahideen themselves. Kabul was virtually destroyed by the bombings ordered by Mujahideen commander Gulbuddin Hekmatyar. It was heart-breaking to see the condition of the city in those days.

In 1995, another extremist Islamist force created by the Pakistan Army, the Taliban, took control of Afghanistan and imposed the peace of the graveyard across the land. The Indian diplomatic contingent fled Kabul in a chartered aircraft hours before the Taliban entered the city. The country quickly became a safe haven for Islamist terrorists from across the globe, including Al Qaeda and various anti-India elements.

I returned to Kabul a few years after the Taliban were driven out by the American troops in late 2001. The city was a mess, a shadow of its former self. The Taliban were Neanderthals and had accorded Kabul the status of a toilet. The Pakistan Army had treated it as a barracks and dumping ground. Together the city had been looted and left to rot. The real capital during Taliban times was the southern city of Kandahar.

I visited Kabul several times during the time the country was made safe by US and Nato troops. The city gradually recovered and expanded as more and more Afghans from the countryside migrated in search of jobs and security. Again, there was an air of hope. The orchards in and around Kabul were once again full of fruit in summer, trees regained the main avenues and bazars once again hummed with activity.

The Indian embassy, a large sprawling establishment in the heart of the city, was back in action. New Delhi poured in billions of dollars to help rebuild the country, thousands of Afghans received scholarships to study in India and countless more travelled regularly to India for medical treatment. This was anathema to Pakistan’s generals, who had secretly sworn never to give up their quest for total control of Afghanistan. And in the end, they got their way.

It was so sad to read the news. Last week the newspapers said American and Nato troops fled the country like “thieves in the night”. When morning broke, astonished locals found the gates of Bagram airbase, the biggest US base in the country, open and unguarded. Looters moved in before the Afghan military could take charge. It was a shameful retreat and within days news began pouring in of rapid Taliban advances across the country.

“America’s longest war is ending in crushing defeat. As the Taliban threaten to conquer the rest of the country, Afghans face yet more bloodshed”, the Economist commented.

I could not help but recall the May morning 33 years ago: the two departures were so different. One had evoked hope (no matter how mistaken) while the other could only provoke despair.

Pakistan’s generals believe they have once again won and see India as the biggest loser, as noted by Pakistan PM Imran Khan, who is essentially an Army spokesman. His interior minister Sheikh Rasheed issued a direct threat to India, holding New Delhi responsible for “carrying out terrorist activities in Afghanistan”, and “conveying false news about Pakistan to the world over the past 40 years”.

Mr Rasheed claimed India faced “embarrassment” in Afghanistan and there was no other option for New Delhi but to withdraw its personnel from there. As if on cue, the Indian government decided to evacuate its diplomatic staff from Kandahar. It is unlikely Pakistan will allow anything but a token Indian presence if the Taliban overrun Kabul.

The prognosis is far worse for the country’s minorities and women who had discovered dignity and opportunity during the last two decades. Thousands of Afghan women banned from public life during the Taliban days had benefitted from education and a chance to play an active role in society. The minorities, once hunted, killed or thoroughly subjugated, had regained their rights. With the return of the Taliban, a veil of darkness will once again shroud the land, dispelling liberty, education and tolerance.

India faces a clear and present danger from am emboldened Pakistan after the crushing US defeat in Afghanistan. Pakistan’s outspoken interior minister crowed: “No superpower can ignore Pakistan…” Islamabad wants every nation in the world to acknowledge and accept Taliban overlordship in Afghanistan even before the endgame has unfolded.

Pakistan’s confidence stems from the fact that Washington, even after being bludgeoned by the Pakistan Army and its proxies in Afghanistan, has considered it prudent to negotiate with Islamabad. Pakistan’s Army chief Gen. Qamar Javed Bajwa admitted the US had sought airbases in Pakistan, but he would never allow that. Mr Rasheed later said that Pakistan would not provide bases to anyone for carrying out operations in Afghanistan.

The writing on the wall could not be clearer. Memories of past Afghan events come flooding back. Another power has departed, and another round of terrible conflict awaits. The Taliban cohorts, egged on by their Pakistani masters, are racing across the land like barbarian hordes determined to end the age of reason. Will Kabul die another day?