Mr Patel is known to be a protégé of former chief minister Anandiben Patel, who has a tense relationship with Mr Shah 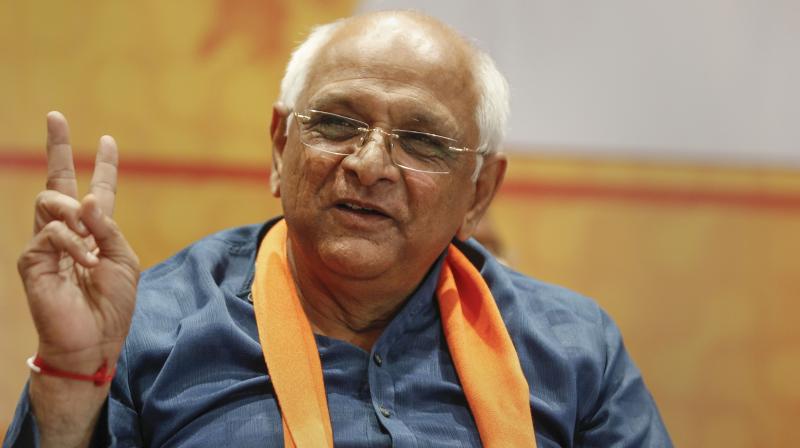 When first-time MLA Bhupendra Patel was named the new Gujarat chief minister, political observers were quick to declare that Amit Shah, Union home minister and Prime Minister Narendra Modi’s closest confidant, had been cut to size. Mr Patel is known to be a protégé of former chief minister Anandiben Patel, who has a tense relationship with Mr Shah. But the truth is that Mr Patel has, over the past five years, befriended Mr Shah as he realised that he would end up jeopardising his political career if he antagonised the former BJP chief. Today, Mr Patel enjoys a good rapport with Mr Shah. It must be noted that Mr Patel’s Assembly segment Ghatlodiya falls in the Gandhinagar Lok Sabha constituency. When Mr Shah contested the 2019 general election from this seat, Mr Patel worked doubly hard to ensure that the party stalwart led by a huge margin in his constituency. Mr Patel’s elevation is, therefore, not a defeat for Mr Shah and nor does it, in any way suggest, that Mr Shah has fallen out with Prime Minister Narendra Modi. The two top leaders are known to work in tandem.

In a spate of recent interviews, actor Naseeruddin Shah spoke about how the Modi government is pressing  Bollywood to make films on “pseudo-nationalism” and mythology. The actor is absolutely right. This is a pet project of the Rashtriya Swayamsevak Sangh, the BJP’s ideological mentor, which believes that Hindi cinema should be tapped to propagate its ideology because it is a popular and powerful medium. The RSS is encouraging and even ensuring that the projects of filmmakers who toe their line are adequately funded. Their current favourite is producer Mahaveer Jain, who arranged a series of meetings between Prime Minister Narendra Modi and leading members of the Mumbai film industry two years ago, and has made two films on Modi. The latest film — Mann Bairagi — described as an  “untold story of Modi’s life” has been co-produced by Mr Jain with Sanjay Leela Bhansali. Mr Jain has had a meteoric rise considering he turned film producer only a decade ago. Well-known directors and producers have been persuaded to partner with him to make the kind of movies RSS wants them to make.

Prime Minister Narendra Modi often speaks about the importance of a free press but the harsh reality is that his government is determined to deny media-persons access to government offices or Parliament. Though journalists are issued accreditation cards by the Press Information Bureau which allows them entry to most ministries, there is a tendency among the ministers to keep them out. It started with Piyush Goyal when he was heading the power ministry. Then it was the turn of finance minister Nirmala Sitharaman to clamp down on accredited journalists who can only enter the ministry if they have a prior appointment with an official. Civil aviation minister Jyotiraditya Scindia is the latest to join this club. Similar restrictions are in place in Parliament as journalists can no longer go to the offices of political parties in the building, talk to party MPs on the premises or drop in on a minister in his Parliament office. The basic objective is to see that only the government version of events is reported. These restrictions have also terrified bureaucrats who are unwilling to talk informally to the media for fear of being pulled up in case there is a critical report.

Long before the Election Commission announced the schedule of the Rajya Sabha elections, there was talk that the DMK had offered one seat to the Congress, specifically for Ghulam Nabi Azad. It is learned that the DMK did not name Mr Azad but told the Congress that it would prefer it if they fielded someone from the minority community and asked for a panel of names. The Congress leadership, however, did not respond to this request. It transpires that the Congress did not even discuss this matter with Tamil Nadu chief minister and DMK chief M.K. Stalin. The DMK finally went ahead and nominated its own candidates for both the seats.

There is considerable speculation in poll-bound Uttarakhand after it was informally conveyed to the local BJP leaders that they should not be too harsh on senior Congress leader and former chief minister Harish Rawat. This has baffled the BJP rank and file as it was initially given to understand that they should focus their attack on Mr Rawat since he is the Congress party’s chief ministerial face. One view is that the Aam Aadmi Party’s entry as a serious contender has queered the pitch and the BJP is looking at a possibility of a hung Assembly in next year’s election. In that case, it will have to make up the numbers by striking deals with winners from other political parties. The BJP is apparently identifying those who could be the “kamzor kadi” or “weak link” and probably thinks Harish Rawat may be amenable to persuasion if the need arises. Maybe it took a cue from an exchange of messages on social media between Mr Rawat and Anil Baluni, BJP national spokesperson, when the two leaders praised each other.