An American tragedy, with potent acts of defiance 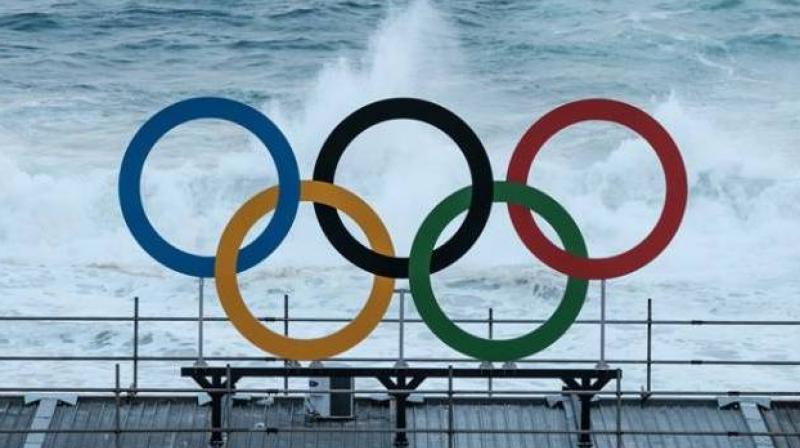 The Olympic Project for Human Rights (OPHR), spearheaded by a young sociology professor Harry Edwards, had initially proposed that black athletes should boycott the Mexico Olympics unless their demands were met.

The authorities were still washing the bloodstains off Tlatelolco Plaza when the Olympic athletes began arriving in Mexico City. It was 1968, the tumultuous year during which a variety of rebellions, mainly led by students, erupted across so many parts of the world.

Mexico had witnessed its share, and on October 2, just ten days before the Olympics were due to be inaugurated, the government effectively sanctioned the year’s worst atrocities outside a war zone. In the intervening half-century, the precise death toll has never been determined. It runs into hundreds at the very least, far beyond the official figures, and the events of that year still resonate in Mexico.

Its capital city’s arguably most iconic moment that autumn, however, was utterly non-violent. Just four days into the Olympics, a pair of African-Americans were placed first and third in the finals of the 200-metre sprint. The international record holder, John Carlos, came third as fellow team member Tommie Smith set a new world record. Carlos was a fraction of a second behind Australia’s Peter Norman — whose time of 20.06 seconds has never been improved upon by a compatriot. It had been a thrilling contest, but that wasn’t the race that mattered when the three medallists stepped up to the victory stand shortly afterwards. As the US national anthem began to play, Carlos and Smith, who had removed their shoes beforehand, bowed their heads as they raised black-gloved fists into the air.

The stadium momentarily went silent, before erupting into murmurs and then boos. The moment of their defiance eventually became one of the most inspiring images of the year. At the time, though, they were obliged to leave Mexico City within 48 hours, and faced opprobrium and ostracisation as well as countless death threats when they returned home.

Their gesture on the international stage wasn’t exactly improvised on the spur of the moment. The Olympic Project for Human Rights (OPHR), spearheaded by a young sociology professor Harry Edwards, had initially proposed that black athletes should boycott the Mexico Olympics unless their demands were met. These demands included the exclusion of apartheid South Africa and Rhodesia from the games, the restitution of Muhammad Ali’s world heavyweight title (stripped from him the previous year for refusing to be drafted into the war in Vietnam), and the removal of the racist Avery Brundage from the helm of the International Olympic Committee. Some black athletes were keen to compete, however (although one who bowed out was basketball player Lew Alcindor, subsequently better known as Kareem Abdul-Jabbar), and once South Africa and Rhodesia were disinvited, the strategy shifted to individual acts of defiance. And there was empathy among some white athletes too, not least the Harvard rowing squad that had earned the right to represent its nation in Mexico.

It was the latter’s cox, Paul Hoffman, who lent his OPHR badge to Peter Norman, who wished to demonstrate his solidarity on the podium. He, too, paid a price for taking a stand. He was the world’s fifth best sprinter when he was excluded from the Australian squad for the 1972 Olympics. He remained in touch with Smith and Carlos, who were among his pall-bearers in 2006. It was not until six years later that he received a posthumous apology from the Australian parliament, and it was only last April that he was honoured with an Order of Merit from the Australian Olympic Committee. He was not among the medallists officially invited to the Sydney Olympics in 2000 — although he came anyway, as a guest of the US athletics squad. By then, the US had begun to acknowledge the bravery of Carlos’s and Smith’s stand. Back in 1968, aides to Lyndon B. Johnson had suggested that the president invite all Olympic medal winners to the White House. It didn’t happen that year, but later became a tradition, and the pair stood tall among fellow Olympians at the White House in 2016.

It would be ridiculous to imagine similar approbation in today’s White House, when the incumbent has gone out of his way to berate in characteristically foul language the athletes who dare to take the knee when the national anthem rings out ahead of National Football League matches. But Tommie Smith told the BBC earlier this month that he wept when he saw Colin Kaepernick perform the gesture, which was followed by many other players, as a protest against the low value of black lives.

Perhaps some of his tears flowed for the fact that not enough has changed since his fist of defiance rose into the air in Mexico City 50 years ago yesterday. If anything, potent reasons for rebellion on matters related to race have multiplied in recent years as the American tragedy continues to unfold.