Anita Katyal | In patriarchal Bihar, women finally come into their own 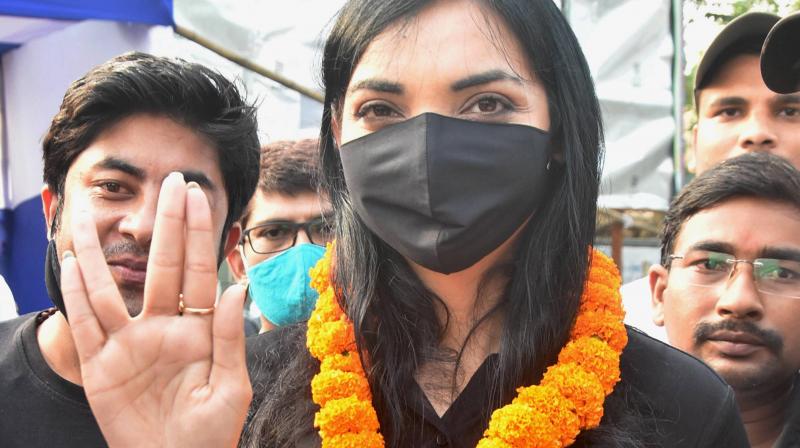 When he was in the Congress, Jyotiraditya Scindia figured among the top three leaders in Madhya Pradesh, keeping company with veterans Kamal Nath and Digvijaya Singh. But his ratings have clearly slipped in his new home, the Bharatiya Janata Party. The saffron party’s list of star campaigners for the upcoming by-elections in Madhya Pradesh released last week put Scindia at number ten, behind BJP leaders like Uma Bharti and Dharmendra Pradhan. The Congress state leaders, who are still smarting over Scindia’s move to the enemy camp, lost no time in initiating a whisper campaign against him, referring to him as “Dus Numbri”. That apart, the BJP’s list is also being seen as a sign of things to come. BJP insiders maintain that Scindia has already done his bit for their party by ensuring the installation of the Shivraj Singh Chouhan government with the defection of 22 Congress legislators to their party. They feel Scindia has little more to contribute to their party and so cannot afford to depend on him to win the coming bypolls. This is evident from the fact that the BJP has drafted four central ministers and a host of Scindia baiters to handle the party’s poll campaign.

After lying low for some time, Maharashtra governor Bhagat Singh Koshyari has been grabbing headlines thanks to his letter to chief minister Uddhav Thackeray in which he pointed to the delay in opening of religious places and wondered if the Shiv Sena chief had turned “secular”, a term he hated. Koshyari’s missive served two purposes. It provided timely impetus to the BJP’s state-wide agitation to demand the opening of temples in Maharashtra. More importantly, the governor’s letter is being seen as a message to the BJP leadership that it should not overlook his claims in case Uttarakhand chief minister Trivendra Singh Rawat is replaced in the near future. With several party leaders throwing their hat in the ring for the chief minister’s kursi in the hill-state, this was Koshyari’s way of conveying to the leadership that he is ready to move from the Raj Bhavan in Mumbai to “serve the people of Uttarakhand.”

Taking a cue from Prime Minister Narendra Modi, Uttar Pradesh chief minister Yogi Adityanath has reduced the stature of his ministers by centralising all powers with him. A case in point is the recent strike called by the power department employees in the state to protest against privatisation of the Purvanchal Vidyut Vitaran Nigam Limited. State power minister Srikant Sharma and senior officials held lengthy discussions with the striking employees and, at one stage, it appeared the minister had succeeded in persuading them to call off their stir. It was then said that due to a last-minute hitch, the unions decided to continue the strike. But reports from Lucknow maintain the announcement was deliberately delayed in order to give credit to the chief minister for resolving the issue. Consequently, an “angry” chief minister called a high-level meeting of all senior officials where he is said to have stressed that the strike must end soon as it was inconveniencing the people. An appeal was issued by Yogi and sure enough the stir was called off. Needless to say, newspapers dutifully reported that the unions withdrew their strike following Yogi’s intervention.

Congress members in Rajasthan are furious with chief minister Ashok Gehlot for appointing Manju Sharma, wife of the well-known poet and former Aam Aadmi Party leader Kumar Vishwas, as member of the Rajasthan Public Service Commission. Manju Sharma, a Hindi lecturer, hails from Ajmer and belongs to the Mali community, the same as Gehlot. Party leaders are upset because Kumar Vishwas had launched an all-out offensive against the Congress during the 2011 anti-corruption movement. Further, he had contested against Rahul Gandhi from Amethi in the 2014 Lok Sabha election when he had specifically targeted the Nehru-Gandhi scion. Congress insiders and party members are now wondering if it is mandatory to attack the leadership in order to get a position in the government or the party.

While most political dynasts prefer to join a political outfit or inherit a party, Pushpam Priya Choudhary, daughter of a former Janata Dal (United) leader, has decided to strike out on her own. Armed with a masters degree from the London School of Economics and the Institute of Development Studies, Sussex University, Pushpam returned to her home state and floated her own party called Plurals. Declaring herself as a chief ministerial candidate, Pushpam wants to change and transform Bihar over the next decade “with lightning speed” as Bihar is way behind other states. Women have clearly come into their own in Bihar’s patriarchal society as several politicians have opted to promote their daughters. The list includes Sharad Yadav’s daughter Subhashini Yadav, Shalini Mishra, daughter of CPI leader Kamla Mishra Madhukar, Shreyasi Singh, daughter of the late Digvijay Singh and state minister Kapil Dev Kamat’s daughter-in-law Meena.