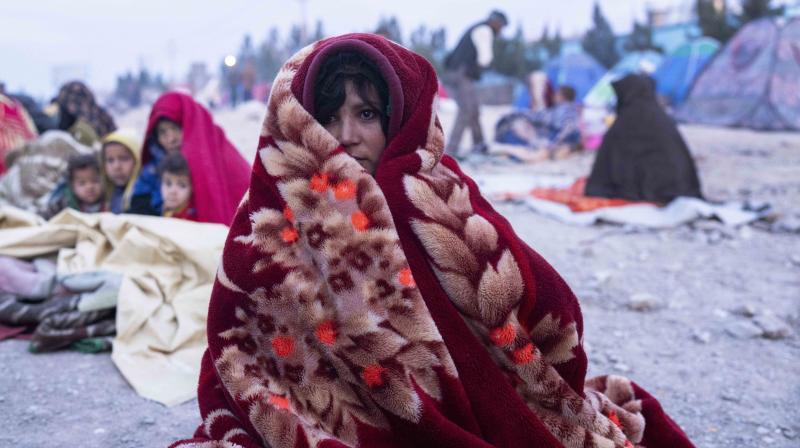 Even more alarming is the human rights situation in Afghanistan with extrajudicial killings becoming the norm rather than the exception. (Representational Image/ AP)

It has been 124 days since a triumphant Taliban swept into Kabul on the 15th of August 2021. For an organisation that had been pummelled in every sense of the word since 2001, it represented an inconceivable triumph. The fact that the Taliban takeover of Afghanistan was achieved dexterously through both the force of arms and negotiations with the United States of America makes the achievement even more noteworthy. The ignominious exit of the US and the flight of President Ashraf Ghani still remains an enigma wrapped in a riddle and cloaked in a mystery. Maybe the true story would reveal itself in the fullness of time.

How do things look four months down the line? Not good by any stretch of imagination. No country has formally recognised the Taliban regime as yet. Billions of dollars of Afghan funds and assets lie frozen. The Afghan currency is collapsing. On 13 th of December the Afghani, which transacted at around 77 to the dollar before the fall of Kabul and at 97 in the week beginning 6th of December, abruptly plummeted from 112 to the dollar in the morning at Kabul’s Sarai Shahzada money market to 125 by the afternoon. Appraisals by the World Food Programme evidence that an estimated 98 per cent of Afghans were not eating enough, with seven out of ten families compelled to borrow food. The United Nations has warned that more than 23 million Afghans over half the population will face an “acute” food shortage in the winter months, forcing millions to choose between migration and starvation. Notwithstanding this grim situation the Taliban have not been able to persuade their backers in Pakistan to allow Indian trucks to supply wheat by road to Afghanistan traversing Pakistan’s motorways.

Even more alarming is the human rights situation in Afghanistan with extrajudicial killings becoming the norm rather than the exception. UN deputy high commissioner for Human rights Nada Al-Nashif told the UN Human Rights Council on the 14th of December that between August and November of 2021 OHCHR received credible information of more than 100 killings of former Afghan national security forces and others associated with the former government.

In an assessment released recently Amnesty International also underscored the fact that members of the Taliban had tortured and killed ethnic and religious minorities, former Afghan soldiers and suspected government sympathisers as they seized control of Afghanistan in July and August. “Our new evidence shows that, far from the seamless transition of power that the Taliban claimed happened, the people of Afghanistan have once again paid with their lives… Homes, hospitals, schools and shops were turned into crime scenes as people were repeatedly killed and injured. The people of Afghanistan have suffered for too long, and victims must have access to justice and receive reparations.”

A report released by the International Non-Government Organisation Human Rights Watch earlier this month detailed in the range of 47 summary executions. Those liquidations were of former members of the Afghan National Security Forces, other military personnel, police and intelligence agents “who had surrendered to or were apprehended by Taliban forces”; from mid-August through October, the report affirmed.

Across the Durand line Pakistan is not finding it easy to contend with the graveyard of empires. After the initial hubris and strutting around by members of the Pakistani deep state including and not limited to the former director general of the ISI Lt. Gen. Faiz Hameed and their foreign minister Makdoom Shah Mehmood Qureshi, the Pakistani’s are realising that the Taliban are difficult customers to contend with after coming to power. There are deep divisions among the Taliban leadership.

According to credible reports in the public space the cleavage between the hardliners and the moderates is sharpening Mullah Abdul Ghani Baradar, one of the founding members of the Taliban and now deputy prime minister, is reported to have voiced his profound distress that the cabinet was packed with fundamentalists from the 1996 order and militant absolutists from the Haqqani network, a principal player in the Taliban’s mosaic of fidelities. Khalil Haqqani, Minister for Refugees and a senior consigliore of the Haqqani clan, refuted Mullah Baradar and strongly verbalized that it was those very militias who had delivered victory and should therefore were entitled to their pound of flesh.

Accounts suggest that the quarrel soon morphed into an exchange of expletives. Other reports go even further to claim that it further degenerated into a fracas with blows and even gunfire being thrown around without compunction as the respective apparatchik’s security details went for each other’s jugulars. Mullah Baradar, who is considered to be a moderate by the exacting standards of Taliban theocracy had to flee to Kandahar ostensibly to nurse his wounds. Pakistan’s attempt to play honest broker has been singularly unsuccessful in resolving these and other differences .

The problems are not confined to personality clashes alone. There are sharp inflection points over ijtihaadi issues. “Ijtihaad” in Islamic jurisprudence denotes the procedure of deriving rulings from the Quran coupled with the truisms and teachings of Prophet Muhammad as well as using other tools such as analogical reasoning.

Even the Taliban is unable to contain its country cousins across the border. Recently, the proscribed Tehreek-i-Taliban Pakistan (TTP) declared that it will not extend the month-long ceasefire deal negotiated with the Pakistan government.

The TTP reproached the Government of Pakistan for failing to honour the six-point agreement arrived at by the government under the aegis of the Islamic Emirate of Afghanistan (Taliban) on 25th of October 2021. The resumption of hostilities by the TTP would further strain the relationship between the ISI-military combine and their proxies in Afghanistan.

What does all this mean for the hapless people of Afghanistan? As instability grows, economic sanctions begin to bite even more deeply and the relationship with Pakistan becomes more fraught Afghanistan would increasingly be compelled to fall back on its narco economy. Moreover, as society regresses even further and ungoverned spaces increase, the pan-Islamist organisations like the Al Qaeda and the Daesh would be able to enhance their footprint. Sadly, the hard won gains of the past two decades have been torched by the US, their Western allies, but most of all, by those Afghans who were in positions of power and had a real chance to transform their country.