If Iran-Israel rift escalates, it may engulf entire region

The US and its pair of European acolytes went out of their way to avoid direct injury to Russian or Iranian forces. 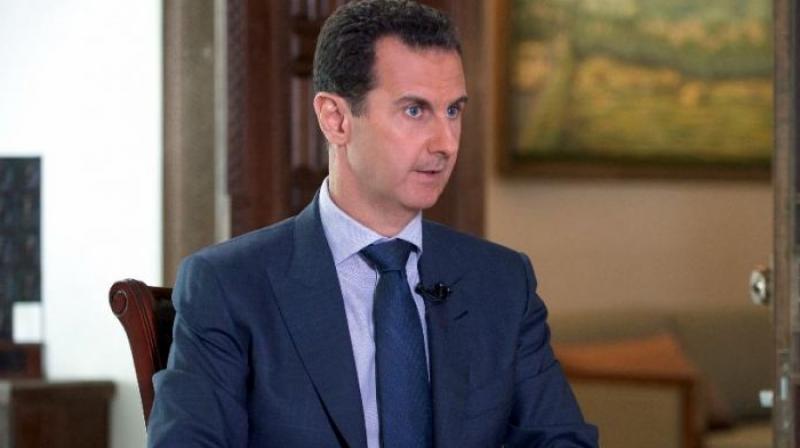 Ahead of last Saturday’s Anglo-French-American missile attacks in Syria, there was a risk that whereas the dominant international powers had supposedly sleep-walked into war a century ago, this time they were being tweeted into an all-encompassing conflagration. Fortunately, the US and its pair of European acolytes went out of their way to avoid direct injury to Russian or Iranian forces. In fact, there is little evidence that they did much harm even to the interests of Bashar al-Assad’s regime.

One of the three sites that came under attack was claimed by the Western powers to be a repository for chemical weapons. Had that indeed been the case, it would have been extraordinarily reckless to bombard it, given the prospect of extensive contamination across surrounding regions and the consequent likelihood of civilian casualties. France, Britain and the US appear, instead, to have struck empty buildings.

Perhaps that is just as well, although it brings into sharp relief the absurdity of the action, which was ostensibly a response to a poison gas attack in Douma on April 7, that reportedly claimed 70 lives and caused hundreds of injuries. Both Syria and Russia have denied that any such atrocity took place. At the same time, though, this week they delayed permission for inspectors from the Organisation for the Prohibition of Chemical Weapons (OPCW) to visit the purportedly affected area, sparking suspicions of a coordinated cover-up.

More than four years ago, Syria supposedly surrendered all its stockpiles of chemical weapons, which were subsequently destroyed under international supervision. The international agreement at the time did not cover chlorine, which is widely used across the world as a cleansing agent for water — but can also be weaponised, and served during the First World War as a potent troop-repellent alongside mustard gas.

Battlefield use of the latter prompted one of Wilfred Owen’s most powerful antiwar poems, Dulce et Decorum Est, but a fellow Englishman by the name of Winston Churchill, who served his nation as secretary of state for war for two years from 1919, not only authorised the deployment of chemical weapons against the Bolsheviks in northern Russia but also advocated their use against “uncivilised” tribes in Iraq and India. In Vietnam, meanwhile, the indiscriminate spraying of Agent Orange not only accounted for hundreds of thousands of deaths, but children are still being born with deformities associated with their parents’ exposure to the deadly defoliant.

Chemical weapons are undoubtedly a curse, and it is acknowledged that their use in Syria has not been restricted to the Assad regime. It is unclear what the OPCW representatives might find in Douma, which has been under Syrian-Russian control for 10 days, after Jaish al-Islam, the Saudi-backed Islamist group that occupied a part of the area on the outskirts of Damascus, accepted a deal that included safe passage to Idlib province.

One thing that has been ignored in reports over the past few days is that while in Ankara earlier this month for a Syria-related summit with Iran’s Hassan Rouhani and Turkey’s Recep Tayyip Erdogan, Russian President Vladimir Putin suggested he was privy to intelligence about an impending false-flag chemical attack that would be blamed on Damascus.

It’s interesting that even Moscow has been reluctant to cite the warning, perhaps recognising that it could be construed as evidence of collusion.

One of the reasons behind the comprehensive confusion over Syria is that the ever-present question is not who to believe more, but who to disbelieve less.

Everyone involved in the mess — from the Assad regime and its smorgasbord of opponents to the US-led Western allies, Russia, Iran, Turkey, Israel, the Saudis, UAE and Qatar — has an axe to grind. The only possible road to peace in the country carved out a century ago by Anglo-French diktat lies through dedicated diplomacy, involving concessions and compromises that none of the antagonists appears to be inclined towards for the time being.

Hollow demonstrations of military superiority by powers that pretend to take the moral high ground but are unwilling to consult their Parliaments beforehand, let alone demonstrate their concern for beleaguered Syrians by opening their doors a bit wider for refugees, are supremely unhelpful. It’s worth taking into consideration that, coincidentally or otherwise, British Prime Minister Theresa May, French President Emmanuel Macron and above all his American counterpart Donald Trump were all keen on a
distraction from pressing domestic concerns.

Arguably the biggest immediate danger lies not in a direct confrontation between Russia and the US, but in belligerence between Israel and Iran, which could well spark a conflict that envelops the entire region. But whether in that particular context or beyond it, Syria’s capacity as a potential crucible for the next world war has been far from exhausted.